Skip to content
Home Cars & More Older Cars Hilux Video: What happens when you take a Hilux into the Thai jungle? 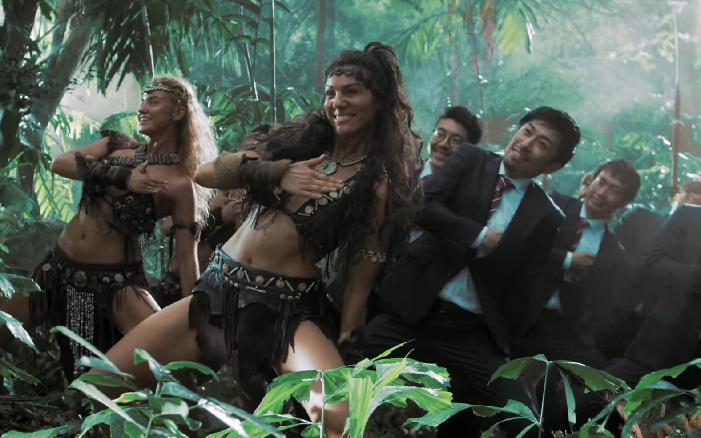 We’ve a challenge for you; watch this music video – in full – without cracking a smile. It’s impossible.

The rib-tickling short, called ‘Jungle Wakudoki’, has been produced by Toyota in collaboration with Japanese pop group World Order, and sees the band journey deep into the Thai jungle with a pair of silver Toyota Hilux. It’s the first of two videos from Toyota and World Order that aim to spread a love for life through music.

Wakudoki is the Japanese expression for ‘heart-pumping excitement’, and its spirit reflects Toyota’s desire to build cars that stir hearts and excite passions through stylish design and great driving dynamics.

Filmed near Pattaya, Thailand, Jungle Wakudoki features World Order indulging in their typical signature choreography – some fanciful robotic dancing as seen in their YouTube hits  ‘Machine Civilization’ and ‘Mind Shift’. The moves strike a chord with a jungle tribe and a gorilla, who ends up joining in – even hopping into the back of one of the band’s two Hilux!

The second video will be unveiled later this year – we can already see you grinning with glee.