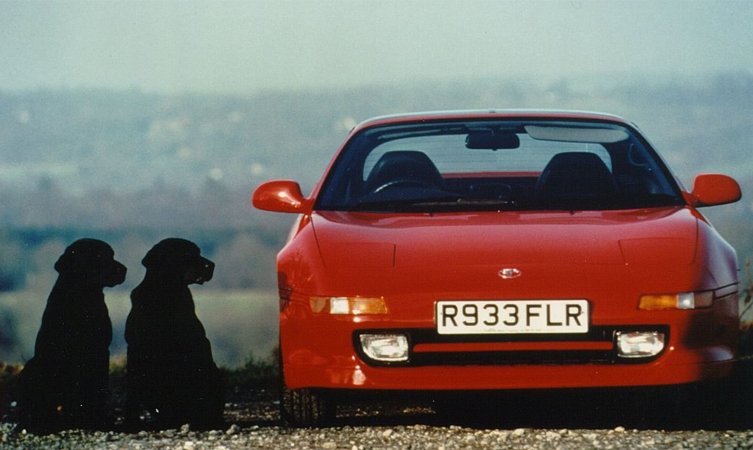 The Toyota MR2 was a landmark car that’s as popular today as it was when it launched back in 1983. Toyota wasn’t the first manufacturer to explore the concept of a small, mass-produced sports car with a mid-engined layout – since the late Sixties, European automakers had developed various models based around this exotic-sounding formula, but none of them made much of a splash in terms of sales.

The history of the Toyota MR2 can be traced all the way back to 1976 when the company officially commenced its landmark ‘middie’ project, but the worldwide oil crisis delayed the project’s development.

Used Toyota MR2: what is it like to own one?

In 1980, the project was revived and given a new sense of direction: Toyota would produce another affordable sports car akin to its Sports 800 of the 1960s, spurred on by a hastened desire to launch exciting new models into the rapidly-expanding market in North America. The enthusiasm within Toyota was so great that many engineers famously gave up their summer holidays to contribute to the project.

The next notable date in the MR2’s history was the 1983 Tokyo motor show when Toyota’s mid-engined SV-3 prototype first came to the attention of the public, displayed on a brightly-lit turntable. A major reworking of the previous SA-X prototype, the SV-3 was so visually close to its production form that only the front and rear spoilers were redesigned for the production model for better aerodynamic stability in crosswinds.

Named the Toyota MR2, a contraction of ‘Midship Runabout 2-seater’, the new model went on sale in Japan in June 1984 and joined the sporty Celica and Supra in Toyota’s UK range six months later. The MR2’s centralised powertrain layout required a complicated construction that contained five high-strength bulkheads, yet the car weighed only 977kg split in a ratio of 44:56 from front to back.

In the domestic Japanese market the MR2 was initially sold in three grades and with two engine options, the highlight being the iconic 122bhp 1.6-litre DOHC 16v 4A-GE engine used in the Corolla GT.

Later in its life, the options expanded to include a T-bar roof panel and a new headline powerplant, the 145bhp supercharged 4A-GZE. Even so, with its 124mph top speed and ability to sprint to 60mph in just 8.2 seconds, the naturally-aspirated MR2 was faster than the majority of its competition.

The MR2 was voted Japan’s ‘Car of the Year 1984-85’ ahead of stiff competition from the new Honda CR-X and latest Nissan Laurel, confirming the findings of contemporary road test reports that unanimously praised the MR2’s lithe athleticism and sense of fun.

As expected, the MR2’s racetrack handling paid dividends in the motorsport arena. One-make series for the MR2 were held in the UK and US, while Toyota Team Europe developed a wide-bodied MR2, codenamed ‘222D’, to compete against the likes of the Peugeot’s 205 T16 and the Audi Quattro in the proposed Group S category of the World Rally Championship. Unfortunately this TTE project was cancelled when the Group S proposal was scrapped.

It was never in doubt that the MR2 would maintain its mid-engine layout and fun-to-drive nature for the second-generation model. But the remit of the next MR2 expanded to include a more refined and stylish design, improved ergonomics, a higher quality interior, and a range of larger, more powerful engines.

For Chief Engineer Kazutoshi Arima, who had been second-in-command on the original MR2, the second-generation MR2 had to take the model further upmarket.

As was common at the time, design briefs were given to studios and teams within the Toyota organisation. Chief Designer Kunihiro Uchida (also credited with the Lexus LS400) then refined the chosen design into a car that bore more than a passing resemblance to scaled-down Italian sports car exotica.

The svelte new MR2 went on sale in Japan in October 1989, almost five-and-a-half years after the launch of the first-generation car. During its development two prototypes spent time in the UK, the MR2’s second-biggest export market, to have the new car’s suspension fine-tuned. The new model had grown in size, being 245mm longer, 30mm wider and with an 80mm longer wheelbase, but retained a sleek profile with a 10mm decrease in overall height. Again, either coupe or T-bar body styles were available.

From launch, the second-generation MR2’s engine line-up included three 2.0-litre 16v powerplants: a base 119bhp unit from the Carina (only available in the UK), the naturally aspirated 3S-GE with 165bhp, and a turbocharged 3S-GTE with 225bhp also used in the Celica GT-Four.

For the American market, a 2.2-litre 5S-FE engine was fitted instead of the mid-range 3S-GE. The improved torque of these engines compared to the previous range more than made up for an increase in the MR2’s kerb weight to between 1160 and 1285kg (depending on model). Indeed, Autocar & Motor magazine reported that the new UK GT model had not ‘forsaken the original’s intimacy and finesse’ and that it was ‘an altogether bolder assault on the senses’.

This MR2 had an incredible ten-year lifespan, reciving only minor refinements throughout. Within the enthusiast market, versions are often more clearly identified by the specific period in which they were built, from Revision 2 through to Revision 5.

In addition, Toyota’s motorsport arm, Toyota Racing Development, developed and marketed two unique versions of the car for the domestic market – in 1996, the soft-top TRD Technocraft MR Spider was released, swiftly joined by the wide-bodied TRD 2000GT model in 1997. This latter limited edition also included a gentle phase one (245bhp) tuning upgrade of the 3S-GTE engine, and was clearly inspired by the broad-shouldered stance of the MR2s competing successfully in the Japanese GT Championship.

Going back to its roots

European sales of the second-generation MR2 continued into the New Millennium even though production of the car’s long-awaited replacement began in October 1999. Clues to its altered focus were revealed as far back as 1995 with the MRJ concept shown at that year’s Tokyo motor show. Many pundits were convinced the MRJ was the third-generation MR2 in all but name, even predicting its on-sale date and projected price tag. But Toyota surprised everybody with the debut of the MR-S (Midship Runabout-Sports) concept at the 1997 Tokyo show.

Technically an indirect replacement for the second-generation MR2, which had developed into a grand tourer, the concept was a roadster that Chief Engineer Tadashi Nakagawa commented would break “the cycle of growth”, referring to the habit of successive vehicle generations getting ever larger. Everything about the new car would be smaller – overall proportions, engine size, power, kerb weight and price. It would also be much simpler to produce, with all markets sharing a similar specification.

Market anticipation was high that the next MR2 was going to be a pure, genuinely exciting sports car geared toward a new generation and new century.

The third-generation car launched in Japan a few days before the 1999 Tokyo motor show and in the same month that Toyota’s cumulative passenger car production reached 100 million units. It bore the same MR-S name as the earlier concept, appropriate given its new open-top construction. However, in export markets such as Europe and the States the car was respectively known as the MR2 Roadster and MR2 Spyder.

Incredibly, the new model weighed significantly less than the first-generation car (from 960kg) while also offering a substantial specification level, a feat partly achieved by deleting the rear boot and therefore the fifth bulkhead. Instead, luggage capacity was improved by adding a full width, 78-litre storage space behind the seats.

In line with Toyota’s decision to simplify production for all markets, one engine was offered throughout the world, the all-alloy 1.8-litre DOHC 16v VVT-i 1ZZ-FE unit also used in the seventh-generation Celica. With 138bhp on tap the new car was decently rapid, boasting the highest power-to-weight ratio in its class, and was particularly praised in the motoring press for dart-like responsiveness through the major control systems and its outstanding handling dynamics.

Like the previous generation car, the MR-S experienced a fair amount of attention from Toyota-affiliated tuners and the Japanese aftermarket. For instance, special editions like the Modellista Caserta, VM180 TRD, VM180 Zagato, and TOM’S W123 were produced in very limited runs.

However, the biggest official change came in 2001 when the manual gearbox was joined by an optional five-speed (and later six-speed) SMT ‘Sequential Manual Transmission’. This marked the first time that a sequential gearbox was fitted to any Japanese car, and because the clutch engaged automatically, it allowed the driver to change gear without having to lift off the accelerator.

Toyota MR2: end of the line

A global slowdown in the sports car market in the New Millennium had a clear effect on sales of the MR2. Annual sales figures that were initially counted in the tens of thousands slowly dropped to thousands and then into hundreds. Sales of the MR2 (and Celica) were concluded in the US and Australia at the end of the 2005 model year but continued in Japan, Mexico and Europe until 2007 when production finally ceased.