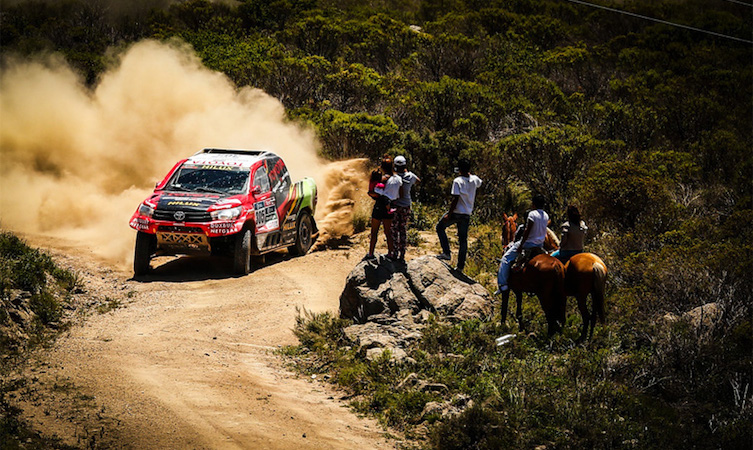 The winning #343 Land Cruiser, driven by Nicolas Gibon and co-driver Jean-Pierre Garcin, was victorious despite being rendered undrivable during the first half of the rally. It was towed by vehicle #342 to the finish line, where the mechanics worked until dawn to fix it.

After the race, Toyota Motor Corporation chairman Akio Toyodo commented: “I am greatly encouraged by the fact that, in the 2016 edition of this legendary event, 42 crews competed in Toyota vehicles. This year saw an excellent performance from the three crews of Toyota GAZOO Racing SA, who showed that they are fully capable of competing at the very top level of Dakar.

“I am also extremely proud of Team Land Cruiser Toyota Auto Body [and] would like to congratulate Nicolas Gibon, Jean-Pierre Garcin, and the entire team for their fine performance.

“Thanks to the whole team’s impressive efforts, both vehicles were able to continue. All involved shared the same exemplary motivation: to finish the race together, no matter what happened. Without a doubt, it was this unwavering determination that enabled the team to secure their third consecutive win. I have the utmost respect for them, and for those involved in developing the Land Cruiser which carried the team to victory.” 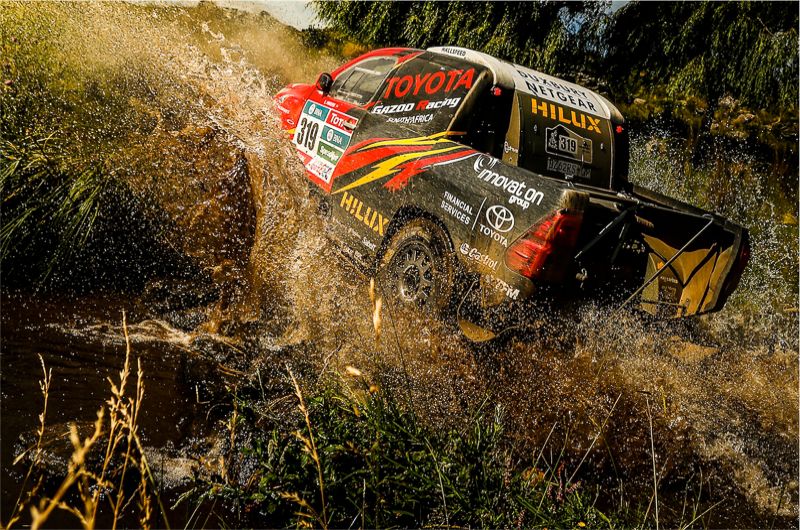 This was the second consecutive podium finish for De Villiers and Von Zitzewitz, who finished in second place last year. Since switching to the Toyota Hilux, the pair have finished second (2012), third (2013), fourth (2014), second again (2015) – and now third.

“This is clear testimony of the ability of the Toyota Hilux to perform at the very highest levels of competition,” said team principal Glyn Hall at the end of the 9,597 km-long race.

“Not only that, but it also underlines the fact that we have an extremely consistent crew in Giniel and Dirk, and this year’s result is another excellent achievement.”

Leeroy Poulter and navigator Rob Howie, in the second Toyota Gazoo Racing SA Hilux, finished 5th on Stage 13. They maintained their fifth place in the overall standings – Poulter’s best result yet, having finished 33rd in his first Dakar (2014) and 16th last year.

“We are very happy with this year’s race. The only disappointment was losing out on the stage win in Stage 12, but other than that we have every reason to be pleased,” said Poulter after driving his Toyota Hilux over the finish podium on the banks of the Paraña River in Rosario on Saturday.

Dakar 2016 kicked off with a Prologue on 2 January, and covered nearly 10,000 km over the two weeks that followed.

“To me, the fact that all three our factory Toyota Hilux race vehicles completed the race, is fantastic,” concluded Hall. “But to have two of them in the Top 10, and Yazeed in 11th, is a great achievement. We have every reason to be proud of our car, and the lads that drove them to such stunning finishing positions.”

The Toyota Gazoo Racing SA Hilux is designed and built at Toyota Motorsport’s facility at Hallspeed, near the Kyalami racing circuit in Midrand, South Africa. Almost identical versions of these vehicles also compete in the South African National Cross-Country Championship, where they have dominated for the past four years.