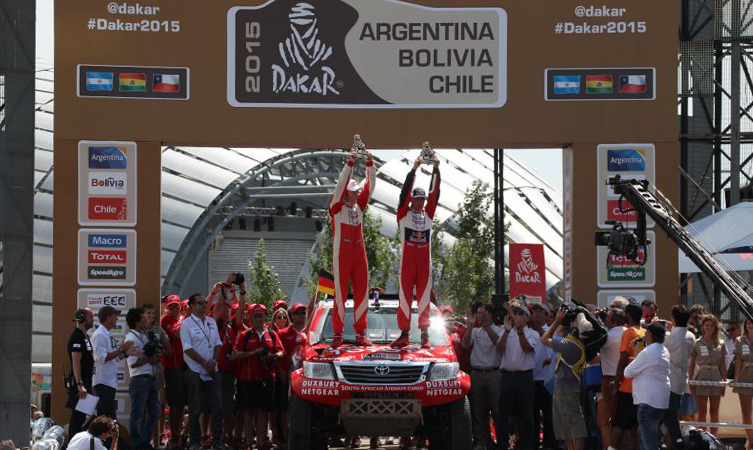 Toyota was back on the podium at the climax of the Dakar 2015 rally with Giniel de Villiers and Dirk von Zitzewitz claiming a superb second place result in their Toyota Imperial Hilux.

It marked a brilliant return to form for the South Africa-based team, which celebrated its third top-three finish in four years. After 14 days and more than 9,000km of driving in hostile terrain across South America, South African de Villiers and his German navigator reached the finish in Buenos Aires little more than 35 minutes behind race winner Nasser Al-Attiyah. 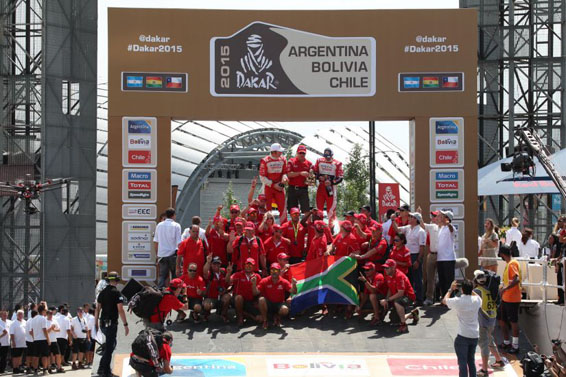 “It was a great Dakar for us,” said de Villiers. “We were right there in the thick of the fight. Our Toyota Imperial Hilux ran without missing a beat and we have shown everyone we are more than capable of taking on the biggest names out there.” 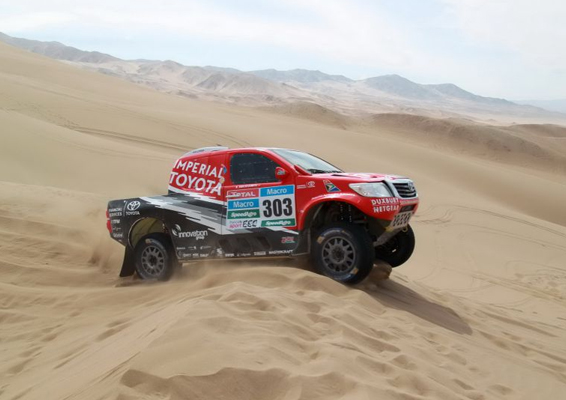 Toyota looked on course to claim third as well, with privateer Yazeed Alrahji running strongly in his Hilux before being sidelined in the latter stages by an electronics problem.

Toyota Land Cruisers. were also in action, achieving a clean sweep of first to fifth in the class for diesel production 4x4s. 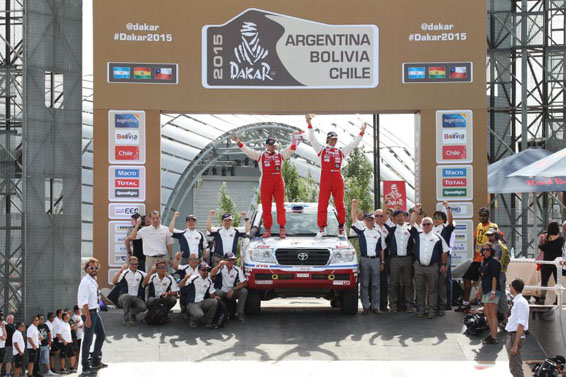