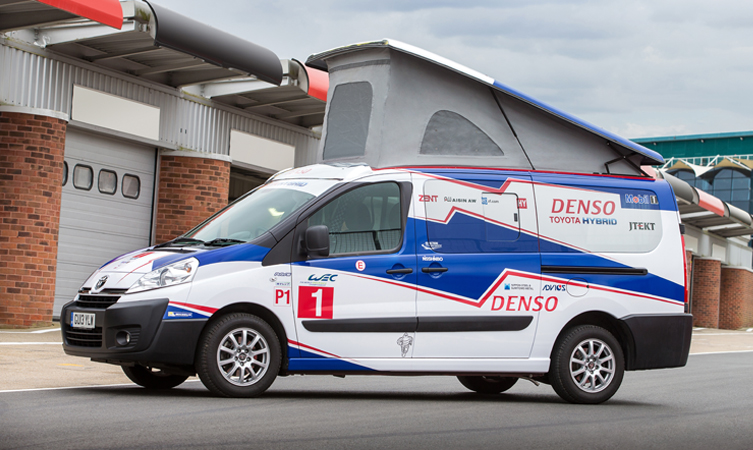 Inspired by the success of the team and its star pilots Anthony Davidson and Sebastian Buemi – who jointly claimed the drivers’ championship title – Toyota has updated the PRO40’s racing decals to match this season’s TS040 Hybrid race car. That includes proudly displaying the new number one on the doors.

The camper’s refreshed appearance coincides with the early rounds of this year’s WEC race series. Following a strong showing at the season-opening contest at Silverstone, Toyota is targeting a repeat of last year’s victory at the Six Hours of Spa-Francorchamps in Belgium this Saturday (2 May).

Based on a standard Toyota Proace van, the PRO40 was created by conversion specialists G&P. The Staffordshire-based firm, which has years of experience working with Toyota models, fitted out the van with four-berth accommodation and an array of home comforts, including a gas hob, fridge-freezer, microwave oven, TV and water supply.