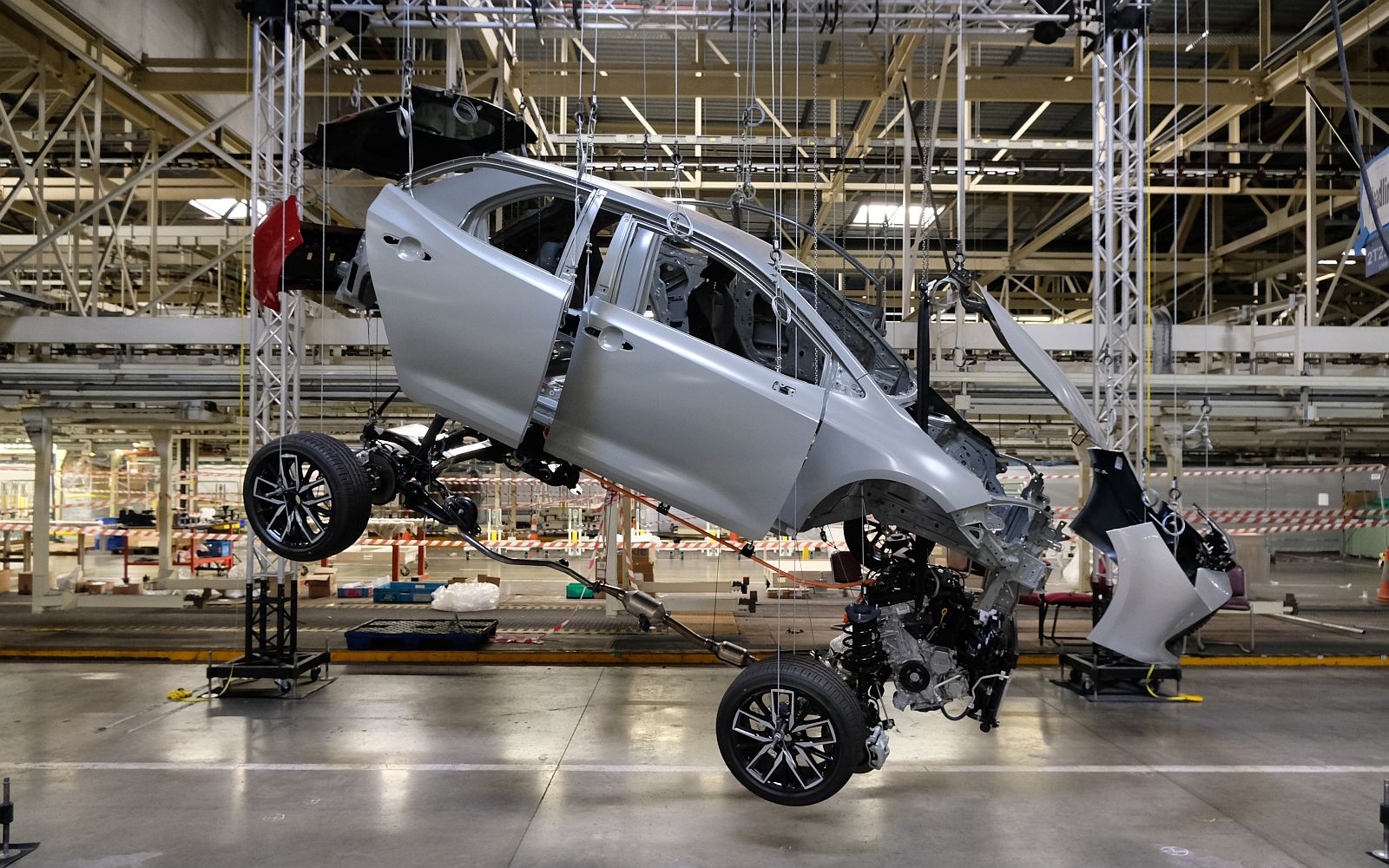 Initially it seemed like an odd request: a brand new Toyota Corolla as a museum piece. But museum curator Hannah Fox explained that Derbyshire’s newly opened Museum of Making was inviting Toyota to create an installation that exemplified how far the county had progressed since the first industrial revolution. Why Toyota, though?

Toyota Motor Manufacturing (UK) Ltd is located in Burnaston, Derbyshire, just seven miles from the museum. It has been one of the county’s foremost employers for almost 30 years, and currently produces the Corolla Hatchback and Corolla Touring Sports models using the latest Toyota Production System techniques. Toyota, therefore, felt it was an honour to be included in the museum alongside other world-renowned manufacturers located in Derbyshire.

TMUK is an award-winning vehicle production facility but it has zero experience in creating museum exhibits. Given that the museum was proposing a highly visible location in the atrium of the main entrance, the pressure was on to design an installation that was satisfying on both a visual and technical level. Eventually, it was decided that a floating, ‘exploded’ view of a new Corolla – essentially a three-dimensional representation of CAD drawings – would create the desired effect.

Working with Derby-based experiential company On Production, members of each of TMMUK’s production divisions were brought in to provide input on how their individual sides of the installation could be staged. The bodyshell of a Corolla Hatchback was set aside and left in its primer (no body colour) state to better represent the manufacturing process.

The production company’s event rigging specialists used a quiet corner of the plant to build a strong trellis structure from which the vehicle would be suspended. After establishing the final position and angle of the Corolla’s bodyshell, they also mapped out the precise locations of individual elements, such as the petrol engine, hybrid battery, wheels and suspension, floating them in an ‘exploded’ position relative to where they would normally be fixed.

Every major element needed a dedicated support wire and detailed calculations were made to verify that all connections were absolutely safe and secure. But in order to ensure that the installation was also visually engaging, TMMUK decided not to include every possible component. Hundreds of wires would have looked messy and detracted from the appearance of lightness and suspension that was critical to the vehicle’s graphical representation.

After being delayed by the pandemic, the museum was finally scheduled to open in May 2021. As the completion of building works neared, it became necessary to figure out exactly how to transfer the exhibit from the outside to the inside of the premises. Many parts had to be lifted, turned or otherwise carefully manoeuvred through the entrance without causing any damage to the doors, newly laid floor or the exhibit itself. And then they had to be lifted into place.

But this exhibit wasn’t intended as simply an object representation of car parts; the museum also wanted TMMUK to highlight the human side of vehicle manufacturing, including the roles that various members play in bringing cars ‘to life’. So the team collected more than a dozen stories from individuals working across all departments and curated them into an interactive display. The final exhibit also includes interesting historical details of the Burnaston plant.

TMMUK’s impressive installation at Derby’s new Museum of Making took more than 15 months to complete and was a collaborative effort from numerous teams, both in the UK and abroad. The partially constructed Corolla dominates the atrium and invites visitors into a contemporary and educational space built on the site of what is widely regarded as the world’s first factory.