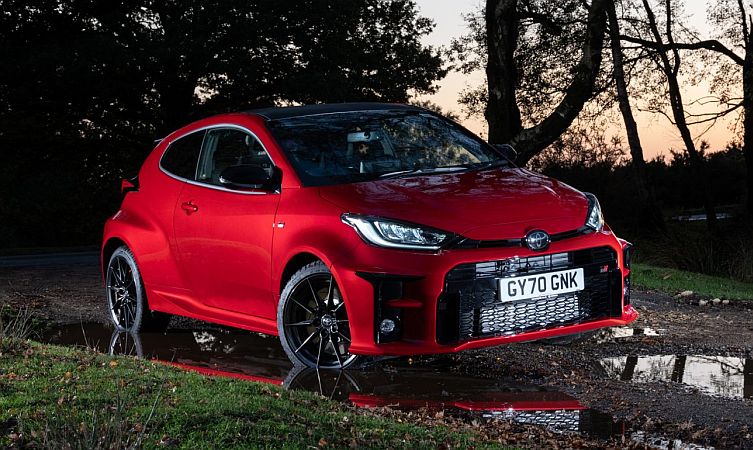 The new Toyota GR Yaris is a thoroughbred sports car developed directly from our championship-winning World Rally experience. But how deeply does motorsport DNA run through its engineering? Where does the GR Yaris sit in terms of the space between the standard Yaris road car and the all-singing, all-dancing WRC car? 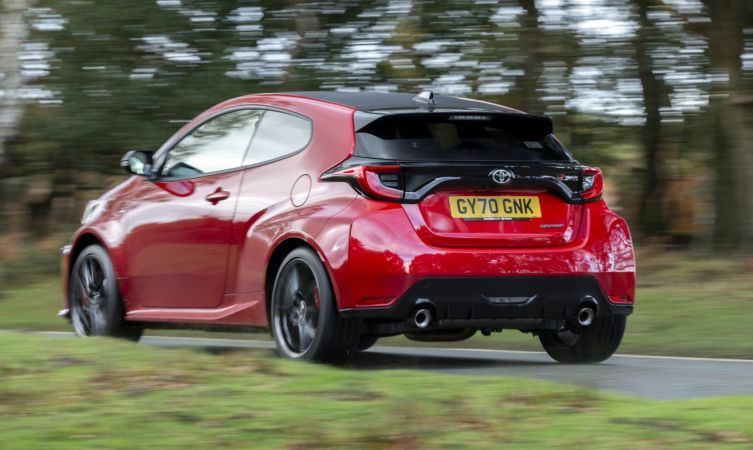 A new series of blog articles will reveal the bespoke, competition-derived nature of the GR Yaris in the following areas: bodywork, drivetrain, development and manufacturing.

The GR Yaris is engineered with a highly rigid body – a foundation that is critical to handling performance and driver rewards. To achieve the desired level of rigidity, 259 more weld points were used than in the production of the standard Yaris bodyshell, most of which were focused on creating extra strength around joints. Further gains were made through extensive use of structural adhesive between panels – a total of 35.4 metres compared to 14.6 metres in the standard Yaris. 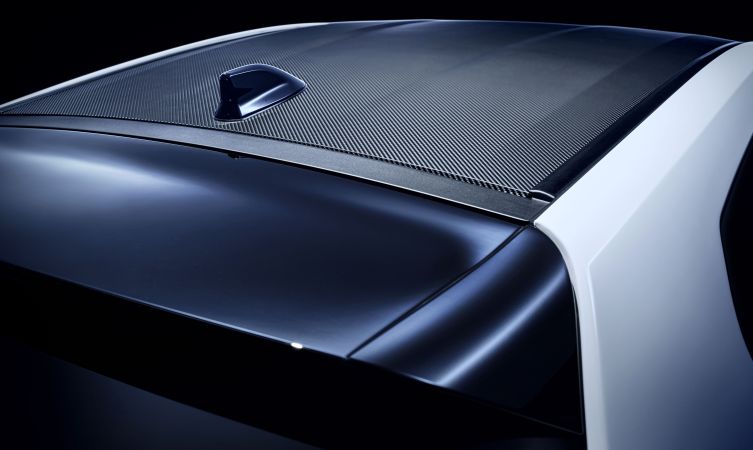 GR Yaris is also the first Toyota to feature a forged carbon composite roof. This high-tech and super-strong carbon sheet moulding compound (known as C-SMC) is 3.5kg lighter than the steel panel fitted to the standard Yaris and helps lower the car’s centre of gravity.

Though not as exotic as C-SMC, lightweight aluminium is extensively employed in the car’s construction. Almost 24kg has been saved by using aluminium for the bonnet, tailgate and doors, which represents around 10% of the entire bodyshell. In contrast, only steel is used in the bodyshell of the standard Yaris. 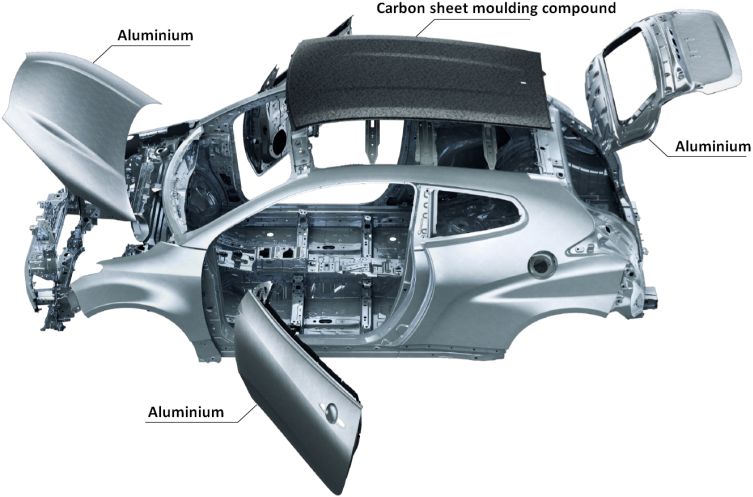 Further weight-saving measures can be seen in the use of thinner gauge steel in the wings and side members, while light and strong high-tensile steels are employed in critical areas to ensure the car’s structure can safely absorb and dissipate impact forces. Such careful engineering means the GR Yaris has a low 1,280kg mass and a power-to-weight ratio of 200.8bhp per tonne – more than double that of the standard Yaris and all without compromising strength and safety.

Although the fourth-generation Yaris hatchback forms the basis of the new GR Yaris, the only shared exterior parts are the headlights, door mirrors, rear light clusters and the shark fin antenna on the roof. Everything else has been redesigned to meet targets for downforce, aerodynamic performance and stability. 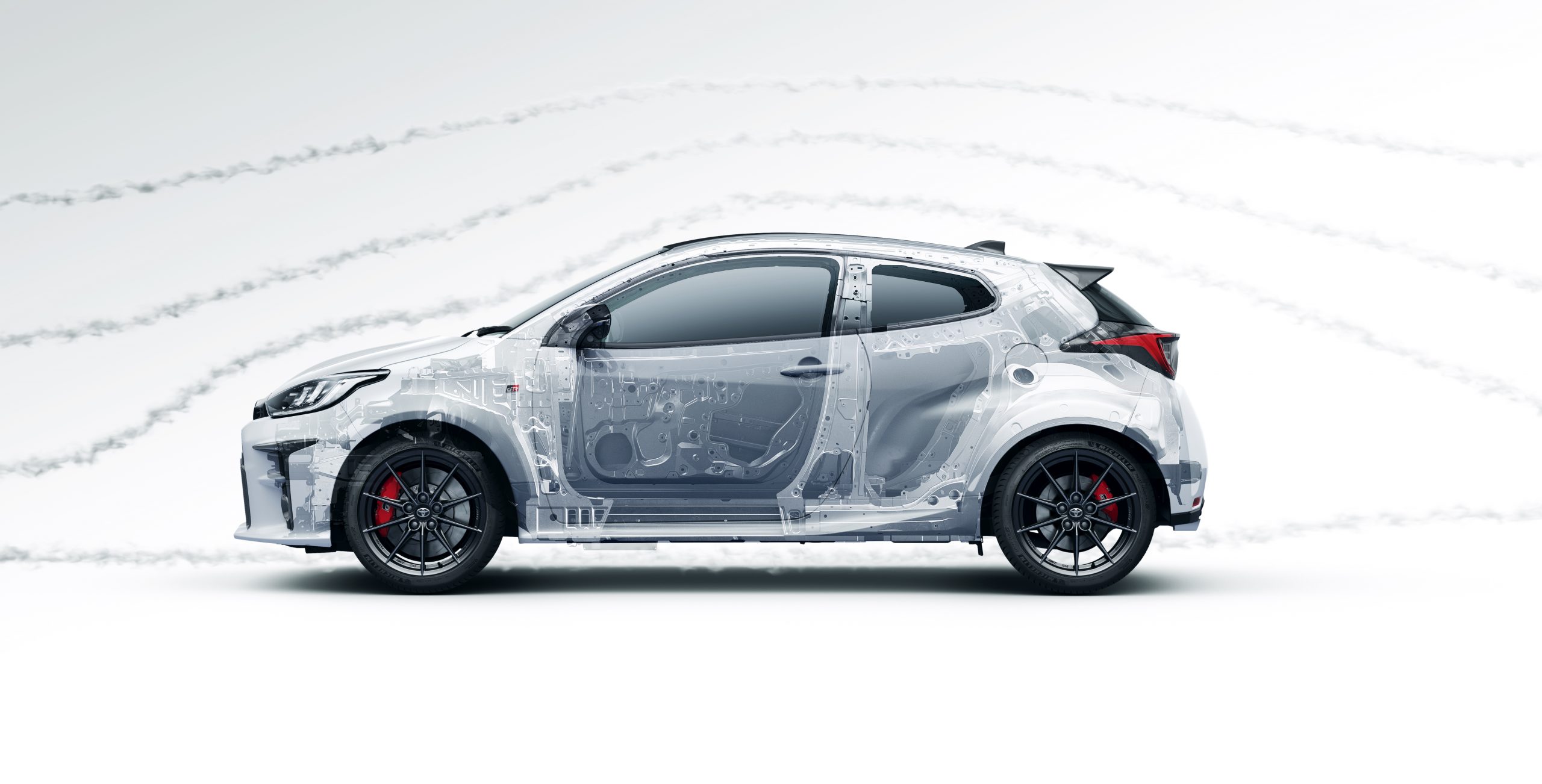 GR Yaris is the only model in the new Yaris range to adopt a sleek, three-door format. The body is specifically designed to meet the requirement of international WRC competition, the regulations of which stipulate that neither the doors (frameless in this case) or tailgate can be modified. Compared to the standard Yaris, the bodywork is 55mm longer, 60mm wider, and between 45 and 95mm lower in height due to the sloping roofline.

The tapered, coupe-like roof profile is not simply for aesthetic purposes. It was specifically shaped to maximise the volume of airflow reaching the rear spoiler, which in the rally car, of course, is an extravagant creation that generates huge downforce. 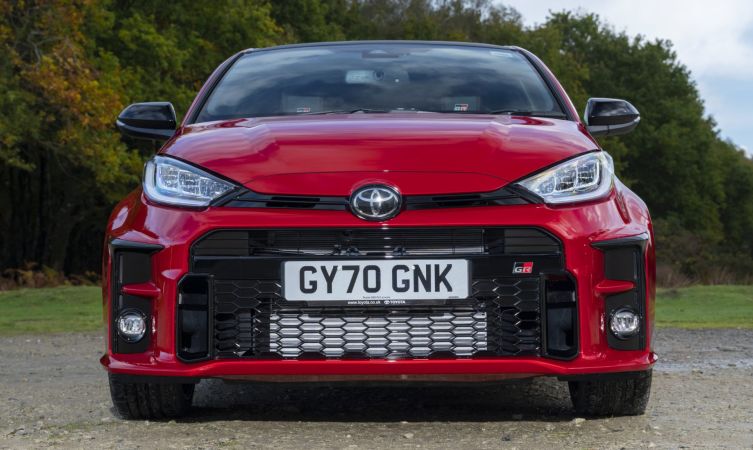 Similarly, the competition-derived design of the lower body is carefully honed to direct airflow for cooling and aerodynamic purposes. Cooling air is fed to the radiator, intercooler and engine compartment through the grilles, while the large vertical ducts positioned on either side of the lower grille channel a stream of air to the front brakes. 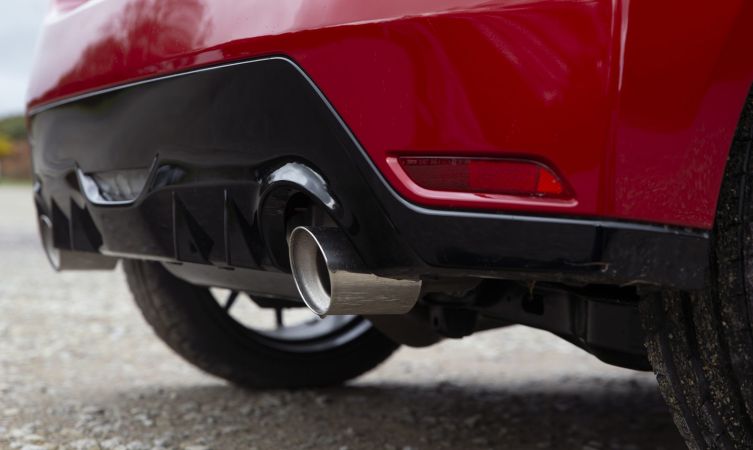 The prominent chin spoiler has a downforce-generating shape, including a raised centre section that controls the flow of air beneath the vehicle. Equal attention has been paid to this area, with aerodynamic covers strategically applied under the engine and floor, and spats installed ahead of each wheel. The rear bumper is made from Toyota’s unique Super Olefin Polymer that is 38% lighter than traditional polypropylene and easily recyclable. A diffuser is integrated into the bumper unit to optimise airflow as it exits.