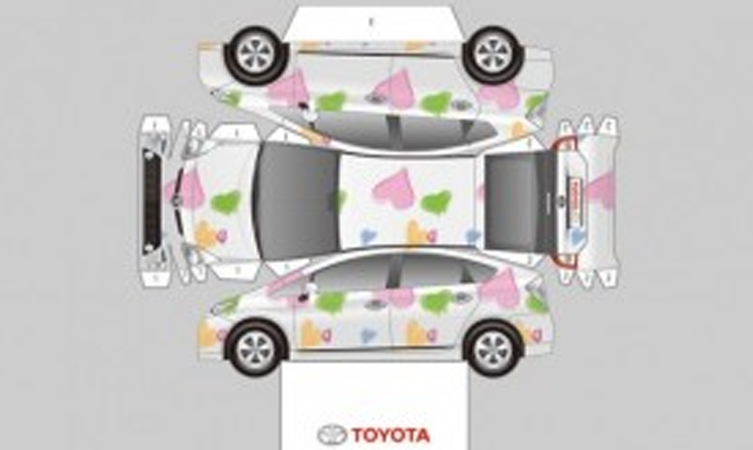 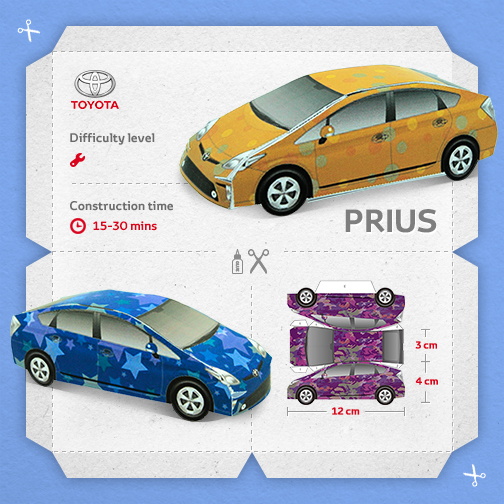 The world’s most popular mass-produced hybrid car – the Toyota Prius – is the second model in our range to get the papercraft treatment, after the GT86. The model is the easiest of our papercraft cars to build, thanks to its curvaceous shape.

A high-resolution version of the Prius can be downloaded here. In the coming weeks, we’ll be releasing cut-out versions of other models in the Toyota range.