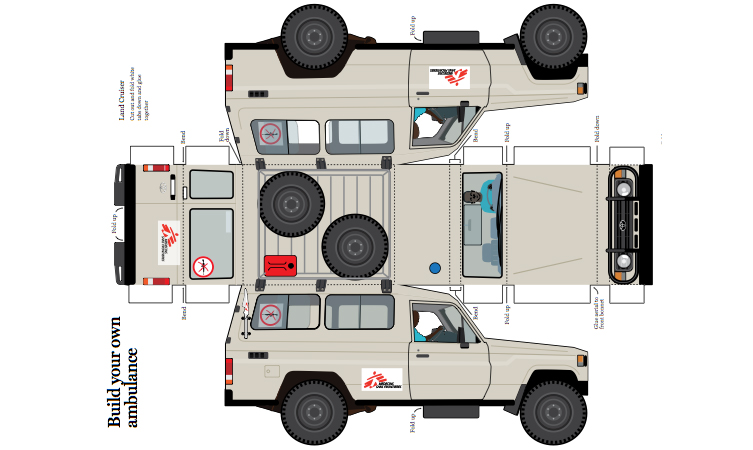 Ever wanted your own Toyota Land Cruiser? Then how about the chance to build your own?

It might not be quite the same as the model you can buy at a Toyota dealer, but this cut-out-and-keep version is one of the most important Land Cruisers around.

That’s because it’s been created by the humanitarian organisation Medecins Sans Frontieres, which delivers emergency aid in more than 60 countries across the globe.

Also known as Doctors Without Borders or simply MSF, Medecins San Frontieres has used the 70-Series Land Cruiser as part of its operations ever since it was introduced in the 1980s. It currently has over 700 on its fleet.

“When the Land Cruiser arrives in the field, you literally turn it on and drive away. For me, as a logistician, they’re a lifeline. You can’t move in the projects we work in unless you’ve got Land Cruisers.”

We want to see your DIY Land Cruisers, so print off your own cut out MSF Land Cruiser here, and send us a picture on Facebook or Twitter!