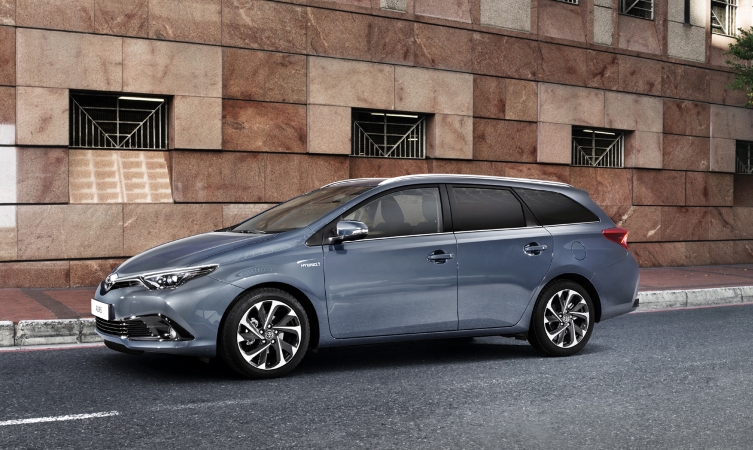 The new 2015 Toyota Auris Touring Sports is the latest generation of Toyota’s popular family estate, launching with a stunning new look, an improved range of engines and even greater levels of safety. That’s in addition to its well-established reputation for reliability, practicality and affordability.

The Auris Touring Sports has a spacious and practical estate body, and is available from launch in five well-equipped trim levels – Active, Icon, Business Edition, Design and Excel.

Toyota’s new Safety Sense package gives the option of adding the very latest in active safety features, such as a lane departure warning system, road sign assist and a pre-collision system to avoid or minimise the severity of an accident.

And as the Auris Touring Sports, along with the standard Auris hatchback, are built right here in Britain, you can enjoy the ride safe in the knowledge that you’re supporting British manufacturing.

Reflecting the demands of modern drivers, the 2015 Toyota Auris Touring Sports is more economical, kinder to the environment and costs less to run, and yet hasn’t lost any of its character from behind the wheel. 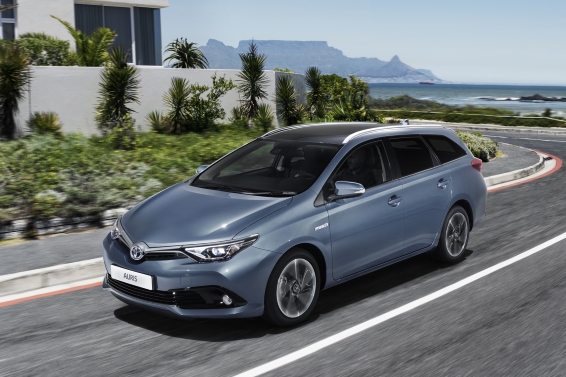 Out on the road, improvements to the suspension and steering settings mean that the 2015 Toyota Auris Touring Sports drives brilliantly, with confidence-inspiring feedback for the driver from its dynamic handling.

Any journey in the 2015 Toyota Auris Touring Sports is a real pleasure thanks to its spacious, premium-quality cabin that is modern and well-equipped. You’ll enjoy the feel of the latest soft-touch materials, the support of Auris’ comfortable seats, and its intuitive onboard entertainment system that includes a 7″ touchscreen (Icon models upwards).

A visually cleaner dashboard design and improved soundproofing make the Auris Touring Sports a calmer and more peaceful place to be too. 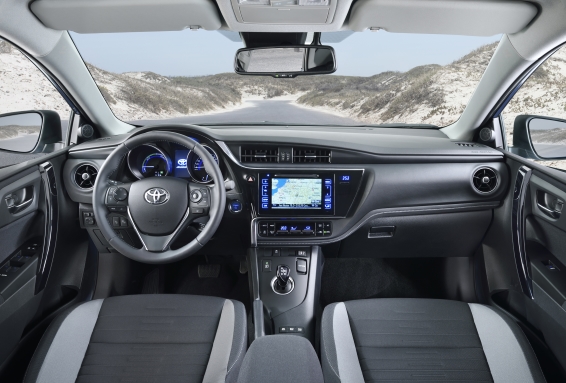 With five doors and a wide-opening rear tailgate that gives easy access to the spacious boot, the 2015 Toyota Auris Touring Sports is the ideal practical family car.

Its folding rear seats expand the available bootspace from 672 to 1,658 litres, making the Auris Touring Sports extra-practical for those occasions when you need that bit more space for load-lugging.

Toyota doesn’t penalise hybrid drivers either, ensuring that the hybrid battery is packaged under the rear seats so that the Auris Hybrid Touring Sports has exactly the same amount of legroom and boot space as any of the non-hybrid models. 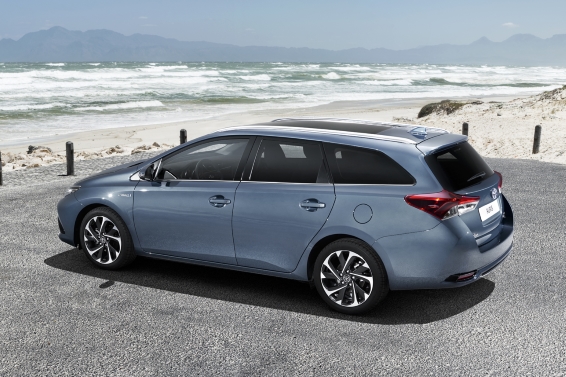 Toyota is proud that, like many of its models, the Auris Touring Sports has achieved the maximum five-star EuroNCAP safety rating, demonstrating Toyota’s commitment to safety. As well as its strong construction and standard safety measures like multiple airbags and anti-lock braking systems, the 2015 Toyota Auris Touring Sports is also offered with the new optionally-available Safety Sense package.

This suite of active technologies uses a windscreen-mounted laser and camera to warn the driver if the car begins to drift out of its lane, as well as automatically switching the headlights from low- to high-beam, and identifying relevant road signs. Toyota’s Pre-Collision System, also part of the Safety Sense package, constantly monitors the road ahead, alerting the driver and activating braking systems to help prevent accidents. 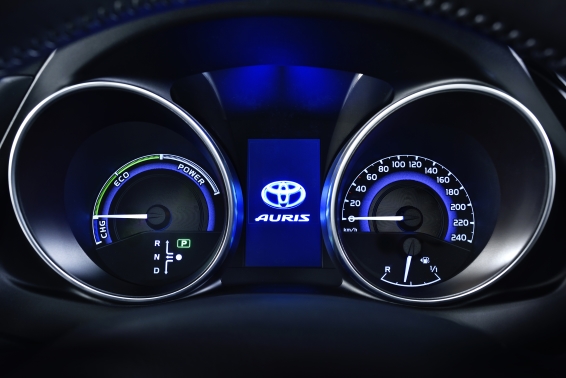 At 81g/km, the Auris Hybrid Touring Sports similarly qualifies for the zero-band of road tax, and achieves up to 80.7mpg on the combined cycle. An obvious benefit of the Hybrid Synergy Drive system is that can drive in town for up to two miles in electric-only EV mode, using no fuel at all and emitting no harmful exhaust. If you do a lot of short journeys, imagine how much you could save.

The 2015 Toyota Auris Touring Sports is built here in the UK at Toyota’s plant in Burnaston, Derbyshire, and adheres to the same strict quality standards that Toyota demands at its domestic plants.

Like the rest of Toyota’s range, the Auris Touring Sports enjoys a comprehensive warranty for five years or 100,000 miles (whichever you reach first). In addition, there’s a three-year warranty against rust and paint defects, and 12 years’ anti-corrosion cover.

Prices for the 2015 Toyota Auris Touring Sports start from £16,745 for the Active model with 1.3 VVT-i petrol engine. The 1.2T VVT-i petrol engine is available in Icon, Business Edition, Design and Excel trim levels, ranging from £19,795 to £23,185 with a six-speed manual transmission. The optional automatic transmission adds £1000 to those prices.

The ever-popular 1.8-litre Hybrid Synergy Drive powerplant is available in each of the five trim levels, costing between £21,145 and £25,495.