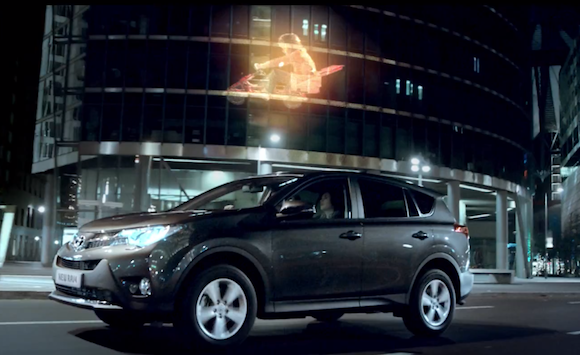 It’s alive! Here’s an exclusive preview of the new Toyota RAV4 TV advert, which is arriving on UK screens this weekend.

Titled Keep the Spirit Alive, the clip showcases the new exterior styling of the RAV4 while demonstrating that it maintains the spirit of the original compact SUV with a more grown-up attitude.

The commercial will get its first showing during the Dancing on Ice final, which is on ITV1 on Sunday (March 10th) from 7pm.

The song is I’m Alive by Johnny Thunder, a 1969 soul-funk cover version of the Tommy James and the Shondells original.

The voice over artist is British actor Jim Sturgess, who has starred in films including 21, The Other Boleyn Girl, Across the Universe, One Day and Cloud Atlas.

Read our other RAV4 posts here, or find out more on the Toyota website.