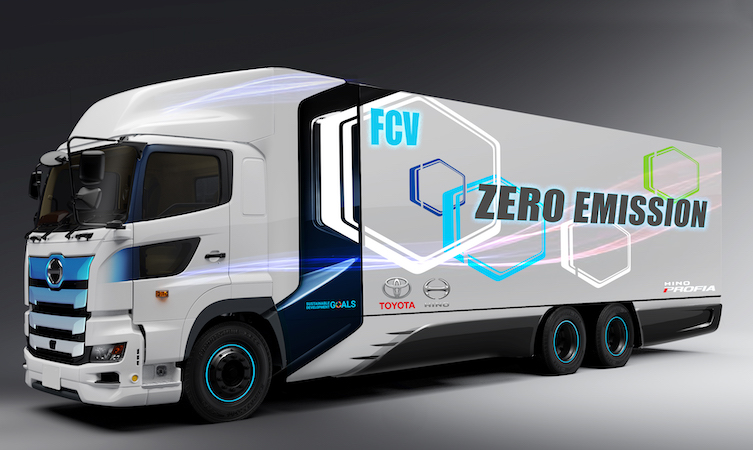 Hydrogen has a high energy density, making it an effective fuel for the demands of a heavy-duty truck. They need sufficient range to drive from city-to-city, but also need fast refuelling so they can stay on the move.

A heavy-duty truck also needs to carry cargo, so the new truck’s chassis has been specially designed to incorporate all the elements of the electrified powertrain (fuel cell stacks, hydrogen tank, AC motor and lithium-ion battery) while maintaining load capacity.

The development of electrification technology for commercial vehicles will help to achieve Toyota and Hino’s plans for a 90% reduction in CO2 emissions by 2050. This alternative powertrain will provide significant environmental benefits and help to further develop electrified vehicle technologies for a wide range of transport, not only passenger vehicles.

Toyota is putting an additional ten heavy-duty trucks powered by the Mirai’s hydrogen fuel cell on the roads of California as it expands its vision for zero-emissions haulage, as part of a venture called Project Portal.