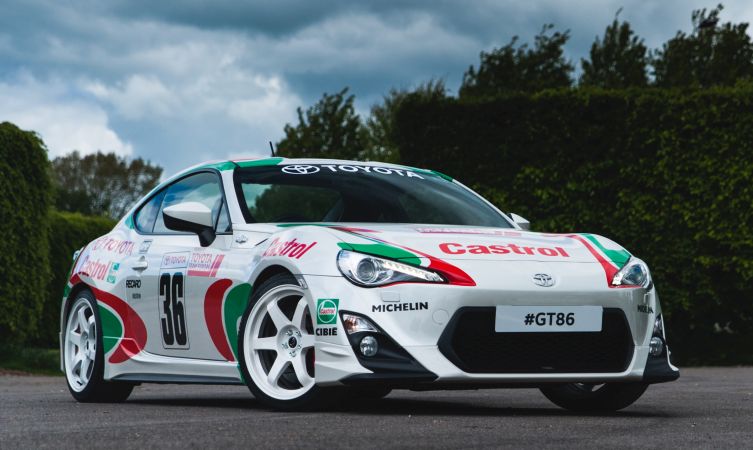 The ST205 chassis Castrol Celica GT-Four WRC had perhaps the briefest campaign of all Toyota’s championship competitors. With major sponsorship backing from Castrol, this works GT-Four was built to continue the unprecedented rallying success of the previous ST185 model.

In that respect it was an incredibly high-tech machine that introduced improved aerodynamics, water injection, and clever anti-lag ECU programming to improve turbo performance.

Its competition debut in Group A specification was in the 1994 Rally Australia, where Juha Kankkunen set a blistering early pace just nine seconds behind the first-placed car despite some teething issues within the fuelling system.

Juha brought the ST205 to Europe later that year to compete in the Rally Sanremo; and though he failed to get a podium finish, set more fastest stage times than team-mate Didier Auriol in the outgoing ST185 or Carlos Sainz in the rival Subaru.

With all works ST185 models now retired, three Castrol-sponsored ST205 Celica GT-Fours spearheaded Toyota’s WRC campaign in 1995. The team competed in seven rallies that year, highlights of which were seven podium finishes, 13 fastest stage times by Juha Kankkunen in the Rally of Portugal alone, and an overall win for 1994 champion Didier Auriol in the Tour de Corse.

The 1996 and 1997 seasons saw no official participation by Toyota in the World Rally Championship. However some works ST205s were still loaned out to private teams competing in the same programme of events and enjoyed good success.

Build your own Castrol-livery Toyota GT86

Would you like to build your own scale cut-out model of the Castrol-livery Toyota GT86? Click on the following link to download and print our specially prepared high-resolution PDF document