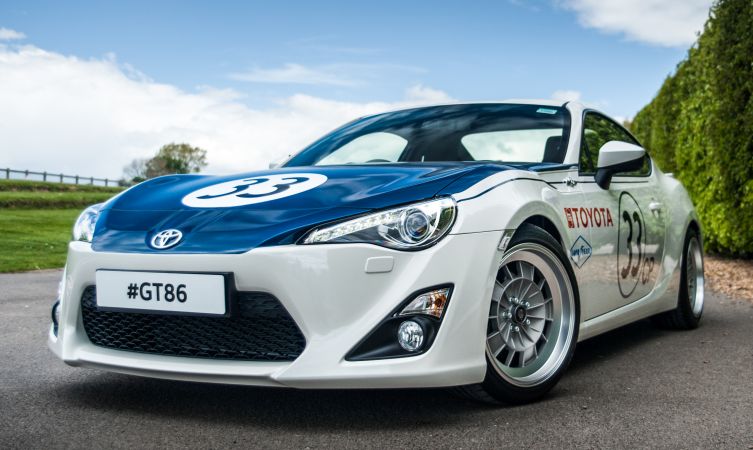 Encouraged by its success in domestic motorsport, Toyota wanted to demonstrate the abilities of its halo 2000GT model against potential showroom rivals in the crucial North American market. So it was decided that the car should be entered in the production class of the SCCA (Sport Car Association of America) series.

Three cars were handed over to racing legend Carroll Shelby, mastermind behind the high-performance AC Cobra and Ford Mustang. Two cars were destined for the race track, while the third was a spare primarily dedicated for development work.

Shelby’s preparation of the 2000GTs focused on tyres, suspension and a new cylinder head.

The svelte body required little work, though it was stripped of all soundproofing and insulation to reduce weight. Goodyear developed new low-profile tyres for the car, which, in concert with the suspension, brought down the ride height by around six centimetres.

Lowering the car’s centre of gravity delivered benefits in handling along with superior grip from the wider tyres. Road-holding was also improved with the addition of uprated anti-roll bars and Koni coil springs and shock absorbers.

The 2.0-litre straight-six engine retained its iron block but was bored-out to receive larger pistons and was fitted with a new aluminium DOHC cylinder head. With such modifications the output rose to around 200bhp.

Despite the Toyota delivering less power than its main rival, the Porsche 911, in the hands of Scooter Patrick and Dave Jordan it still recorded a number of race victories during the 1968 championship. A Porsche took the overall title that year but Patrick finished the season in second place and Jordan took third.

Build your own Shelby-style Toyota GT86

Would you like to build your own scale cut-out model of the Shelby-style Toyota GT86? Click on the following link to download and print our specially prepared high-resolution PDF document