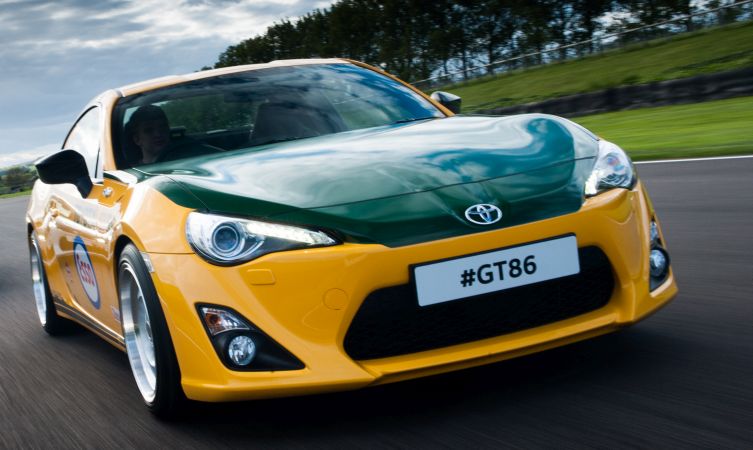 After the second Japanese Grand Prix of 1964, Toyota began to develop a range-topping grand touring model in cooperation with Yamaha Motor Co. The 2000GT prototype was unveiled soon afterwards at the 1965 Tokyo Motor Show, followed by the production model’s entry into the domestic market in May 1967.

In order to build anticipation for its commercial release, the car established a reputation on the race track. In May 1966 two lightweight 2000GTs entered the Japanese Grand Prix, one of which came a creditable third place in only its second public appearance.

The following month, the same pair entered the Suzuka 1000km endurance race and finished in a resounding one-two formation, hammering home the speed and reliability of this new car.

That fact was underlined in October 1966 when Toyota entered a Tosco (now TRD) tuned 2000GT in a Speed Trial held at the Yatabe High Speed Testing Course. By the end of the 72-hour event, the yellow-and-green 2000GT had averaged a pace of 128.76mph around the circuit’s banked oval. During that time it smashed three world records and set 13 new international records for speed and endurance.

The 2000GT was the first Japanese-made production model to adopt some of these novel components. Its performance was also world-class, including a maximum speed of 136mph and 0-62mph in 8.6 seconds.

Would you like to build your own scale cut-out model of the Yatabe Speed Trial Toyota GT86? Click on the following link to download and print our specially prepared high-resolution PDF document