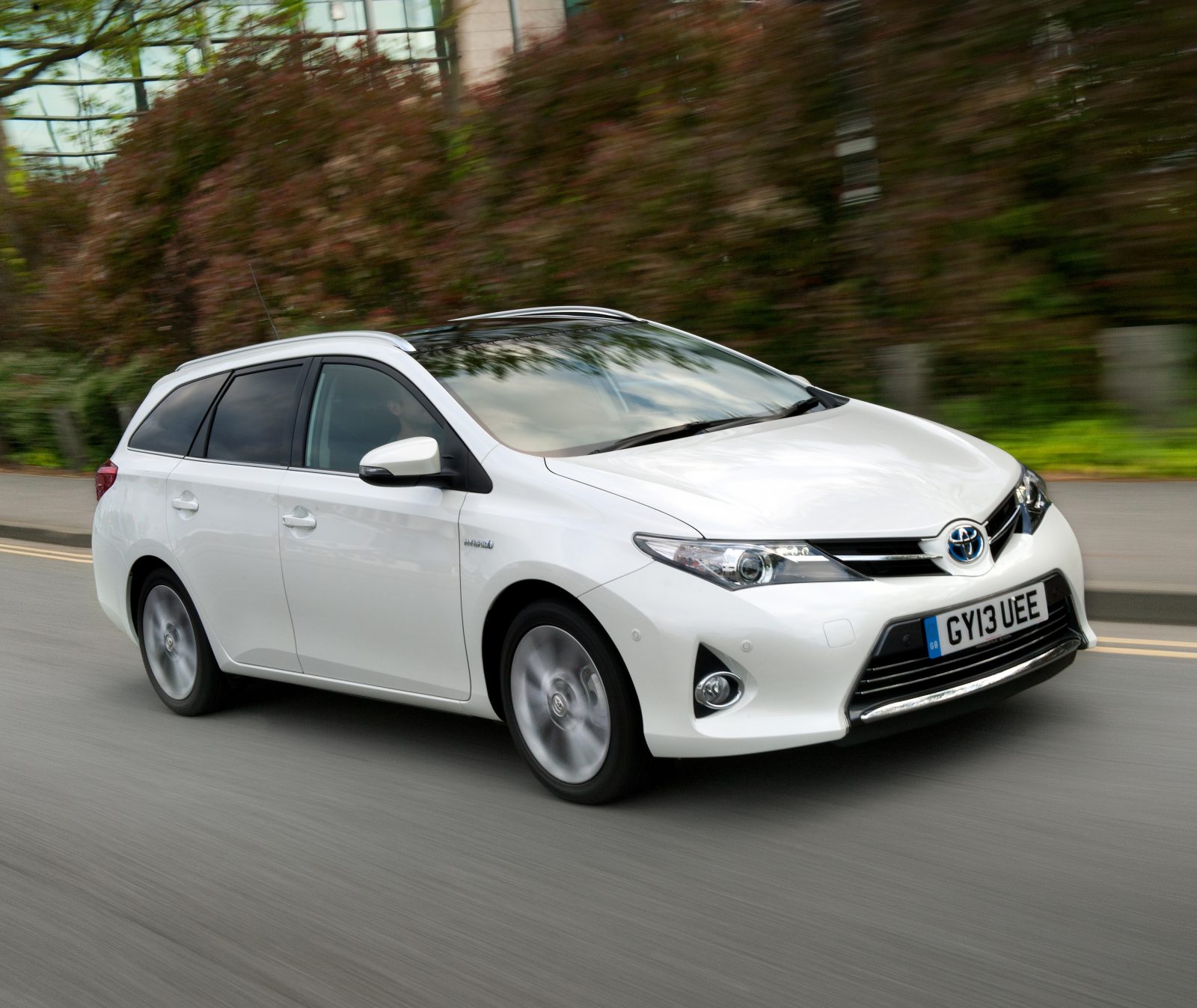 The new Toyota Auris Touring Sports is the new estate version of the Auris hatchback. Ahead of its July arrival on UK roads, the country’s top reviewers and car testers were given the chance to drive the car.Read on to see what they thought about it:

AUTOCAR
Writing for Autocar, Richard Bremner set down the Touring Sports Hybrid’s benefits of offering a hybrid powertrain without any compromise on load-carrying space:

“Like the Auris hatch, the estate is a neat, contemporary-looking wagon with a pleasing hint of the rakish, whose most impressive feature is that the drivetrain and battery pack of the hybrid version is accommodated without compromising the car’s luggage carrying capacity. Which is quite a feat. Not only that, but its 1658-litre seats-down loadspace is also the best in the class.

“The tailgate is yawningly big, the seats fold easily and the removable roll-out parcel shelf doubles as a divider between the front seats and the load space, so it’s certainly practical.”

“The boot is the big news. The floor is 10cm lower than in the Auris hatch, so you don’t have to lift heavy items as high to get them into the car. Loading is further eased by the absence of a lip at the entrance to the boot.

“Just pull a lever in the boot and the rear seatbacks drop forward leaving no inconvenient slope or step. Together with the standard height-adjustable boot floor and cubbies hidden beneath, the Auris Touring Sports is a seriously practical estate.”

AUTO EXPRESS
Tom Philips of Auto Express noted that the Auris Touring Sports is the first mid-size wagon available with a hybrid powertrain. He wrote:

“The Toyota Auris Touring Sports claims to offer generous space and rock-bottom economy, but then so do rivals such as the Skoda Octavia Estate. So what does the Toyota estate do that the others can’t?

“Well, it’s available as a hybrid for a start, using the same system that powers the Prius. Slot the stubby gearlever into ‘D’ and the car moves off with a quiet, electronic whir.

“Be gentle with the throttle and you’ll get the car up to 30mph before the petrol engine cuts in. The steering is light, but responds quickly around town, while the brakes offer a reasonably consistent pedal feel, despite blending the normal braking system with the hybrid motor’s regeneration.”

“Truthfully the TS should be called a Touring Refined as even when pushed it is eerily quiet. The car driven here is powered by a 1.6-litre VVT-i petrol engine that is delightfully smooth and refined, if a little short on oomph. Even when pushed its noise barely rises above a whisper… Here is a Golf/Focus rival that is almost Lexus-esque in terms of refinement.

“The TS also rides like more premium offerings. Admittedly the smooth Mallorca tarmac of our test route did not provide ample opportunity to test the ride but on the rare occasions we could find some imperfections (speed bumps and joins in the road) the suspension soaked them up with aplomb.

“While the looks will not to be everybody’s taste there is little doubt that, considering what you get for your money, the new Toyota Auris Touring Sports is up there with the best in its class.”

We’ll be adding to this round-up as more reviews are published, so bookmark this page and check back again soon.
If you want to know more about the Auris Touring Sports, read our model overview here, or ask us a question – we’d be happy to help.