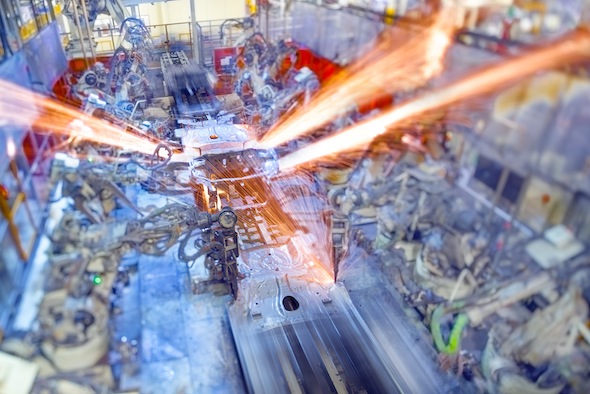 Combining automated processes with human intelligence and problem-solving is necessary in industrial-scale manufacturing. That’s why Jidoka is a key part of the Toyota Production System.

Jidoka (English: Autonomation — automation with human intelligence): The principle of designing equipment to stop automatically and to detect and call attention to problems immediately whenever they occur (mechanical jidoka). In the Toyota Production System, operators are equipped with the means to stop the production flow whenever they note anything suspicious (human jidoka), thereby preventing the waste that would result from producing a series of defective items. It also liberates operators from controlling machines, leaving them free to concentrate on tasks that enable them to exercise skill and judgement instead of monitoring each machine continuously.

Employing Jidoka principles throughout the production process is a vital element of the Toyota Production System, forcing imperfections to be immediately addressed by self-inspecting workers and thereby reducing the amount of work added to a defective product. Some automated machines can also function in the detection process, allowing human operatives to only be engaged when alerted to a problem.

Full application of Jidoka means that the process which created any issue is subsequently evaluated to remove the possibility of re-occurrence.

Hansei describes the continual reflection on production in order to remove problems – read our explanation of Hansei here.