Skip to content
Home Cars & More Older Cars Used Toyota MR2: what is it like to own one? 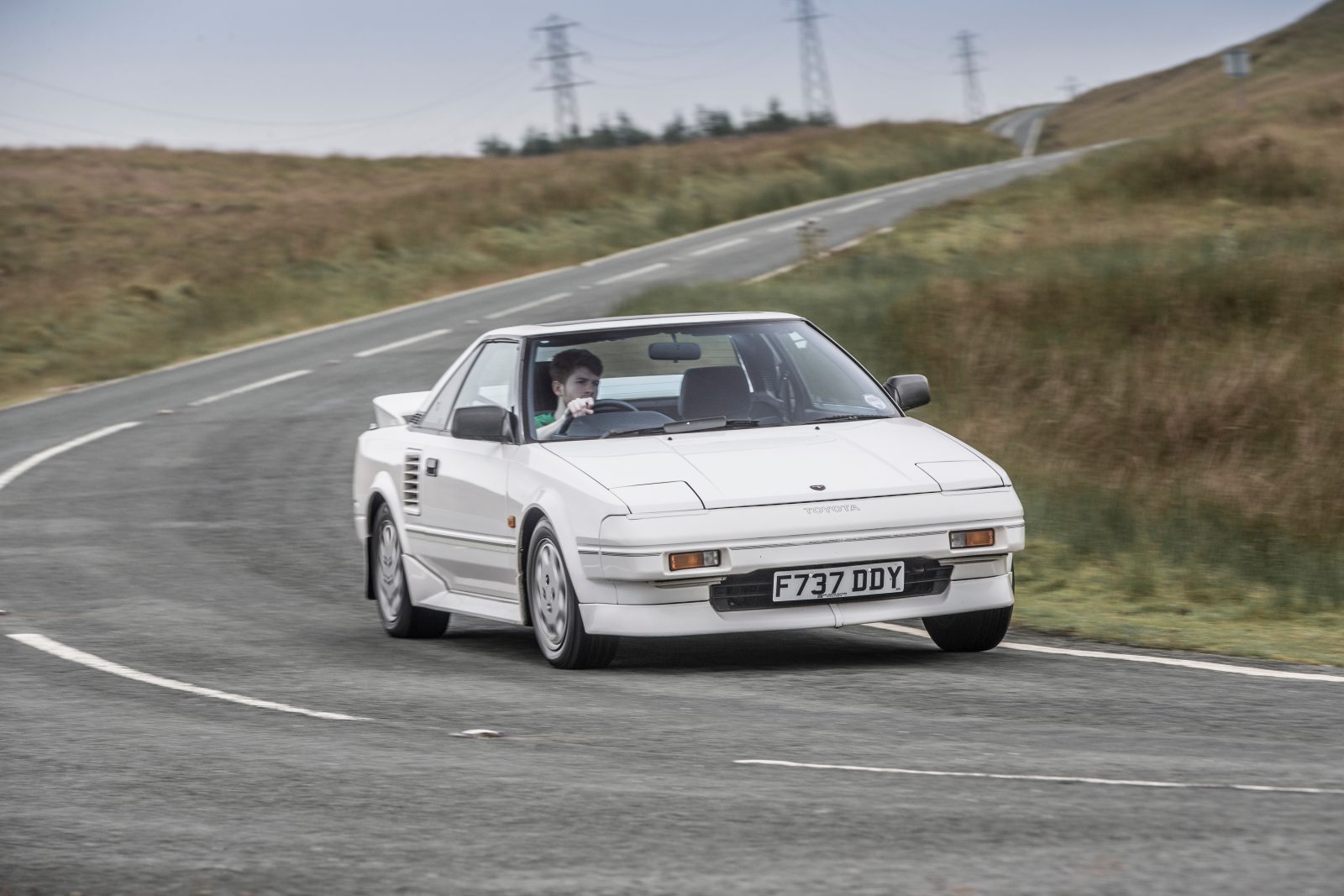 Recently, we organised a very special road trip with the team at Car Throttle to the village of Bala, in Gwynedd, Wales, with a quartet of sports cars, included a used Toyota MR2.

In fact, two generations of used Toyota MR2 were in attendance, our own 2006 Chilli Red third-generation TF300 from the Toyota heritage fleet, and an immaculate white first-generation ‘AW11’ from 1988, owned by 20-year-old Ollie Evans, of Shrewsbury. Also in attendance was the coveted Corolla GT Coupé ‘AE86’ and a year-old GT86.

We asked Ollie – who has owned his MR2 for two months – what it’s like being the registered keeper of a car that’s fast becoming a collector’s item.

Tell us a bit about your used Toyota MR2’s history

Ollie Evans: It’s a UK car and has led quite a sheltered life. The previous owners were a local couple who are both lecturers. The pair were the car’s fourth owners, and they’d had it for five years and would only take the car out on perfect days – for the rest of the time it lived in a garage under a cover and never really saw the rain.

My MR2 has a full history and I have every MOT certificate back to 1991 – the year of its first test. Interestingly, throughout the car’s life it has never failed an MOT or even had an advisory.

Why a used Toyota MR2?

OE: I love classic cars and I wanted something small, preferably rear-wheel drive. I decided upon an MR2 when I read positive owner reviews of the AW11 (the internal name for the first-generation MR2) – it was a eureka moment for me in which I said to myself: “Yes, that!”.

Immediately I started trawling through the classifieds, saw that one, and had to have it.

What other Toyota sports cars are you especially fond of?

OE: I love the GT86 and obviously the AE86, and I’m also very fond of the Supra because they’re mad! The third and fourth-generations are my favourites, I think of the third-generation as being an upscaled MR2. When people think of sports cars they tend to think Ferrari et al, but Toyota has a rich sports car history too – the cars are just so rare!

Are you aware of any other mark 1 MR2 owners or cars on the road?

OE: Funny enough there’s one in my local area (Shrewsbury, Shropshire), but it doesn’t look like it’s been particularly well-maintained. I’m part of the owner’s club and post regularly on the forums.

What’s the best thing about owning a used Toyota MR2?

OE: It’s great fun to drive and I love being in it. The car sounds lovely and the handling is perfect, but crucially, people seem to have respect for it. It’s quite striking to look at and I would say pretty flashy, but not in a way that makes passers-by jump to conclusions about you for driving it, they see it and I know that they appreciate it for what it is – a cool, classic and retro car. Oh, and the pop-up lights – everyone loves those!

OE: It’s fantastic. My previous car was 13 years younger than it and it didn’t feel it – if anything the MR2 feels more up with the times. Being 26 years old it does have the odd rattle and squeak now and again but there’s been nothing I haven’t been able to fix.

The steering is quite heavy but I got used to it after about 10 minutes of driving the car, because the car is mid-engined there’s not a great deal of weight over the front wheels, so it’s easy to manage without power-assisted steering. The brakes feel old but I’m used to driving old cars, so I’m aware that if you want to stop swiftly, you’re going to have to stamp! That said, they’re sufficient and do the job.

What work have you had done to your used Toyota MR2?

OE: I haven’t really had any work done, apart from replacing the exhaust tips which were missing when I purchased the car in May. It’s completely standard asides from that.

Thanks for talking to us Ollie, is there anything you’d like to add?

OE: No problem! One thing I didn’t mention which a lot of people comment on is the sun visor above the rear window, it reflects Toyota onto the screen – I think that’s a really cool feature. The car is almost perfect, I’d just like new wheels and perhaps a touch more power, they’re tweaks rather than changes.