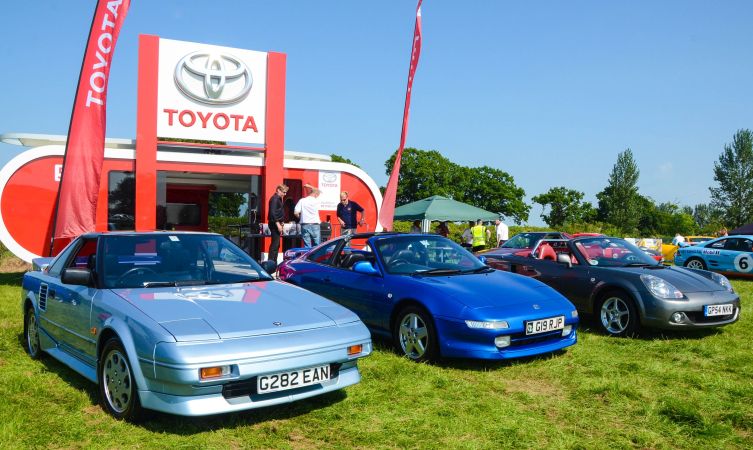 Britain’s MR2 Drivers’ Club (MR2DC) celebrated its 25th anniversary on Sunday 5 June, with more than 200 cars and their proud owners descending on Hatton Country World in Warwickshire for a day of competitions and activities. 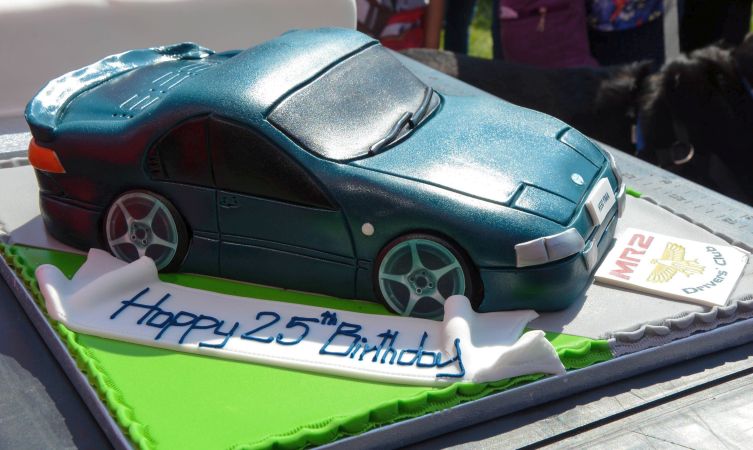 Toyota was delighted to support the event and soak up the relaxed, sun-soaked atmosphere with fellow enthusiasts. 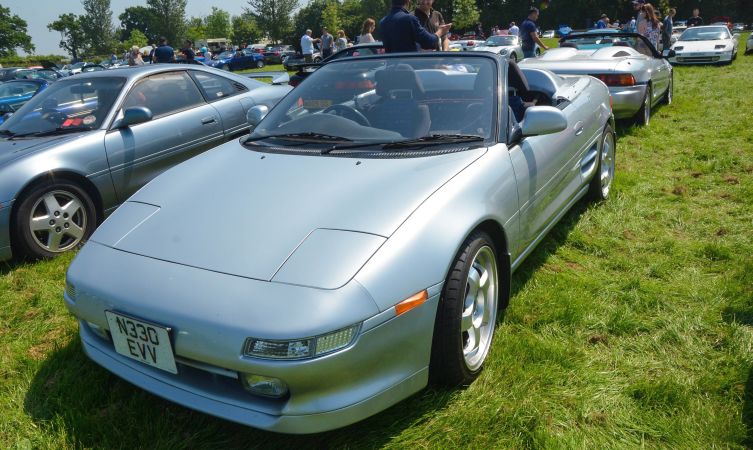 As you can see from the selection of accompanying images in this post, the standard of cars was impressive, with every generation of our ‘Midship Runabout 2-seater’ well represented. Among the crowds you could even spot super-rare specials such as the soft-top TRD Technocraft MR Spider (above) and wide-body TRD 2000GT (below). 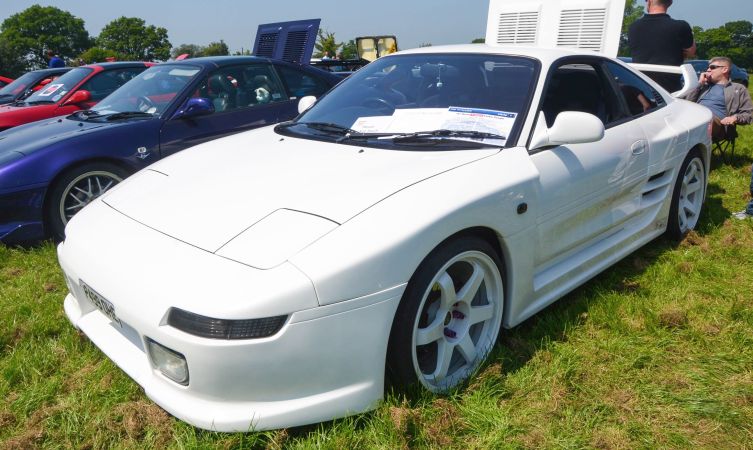 In fact, this level of dedication helps confirm the MR2 Drivers’ Club as one of the most respected owners’ clubs within the Japanese car scene. But how, where and why did it all begin? Carry on reading for our history of the group. 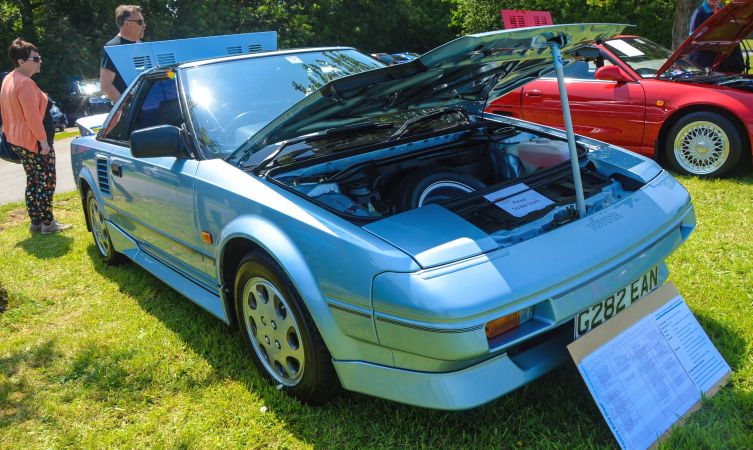 History of the MR2 Drivers’ Club

The idea for the club was planted in April 1990, soon after Ken and Sandy Kinnersley placed an order for a new second-generation model. Given the distinctive architecture of the MR2 and its growing status as a neo-classic, the Cambridgeshire couple was surprised to discover that the model was not already supported by a dedicated group of enthusiasts. 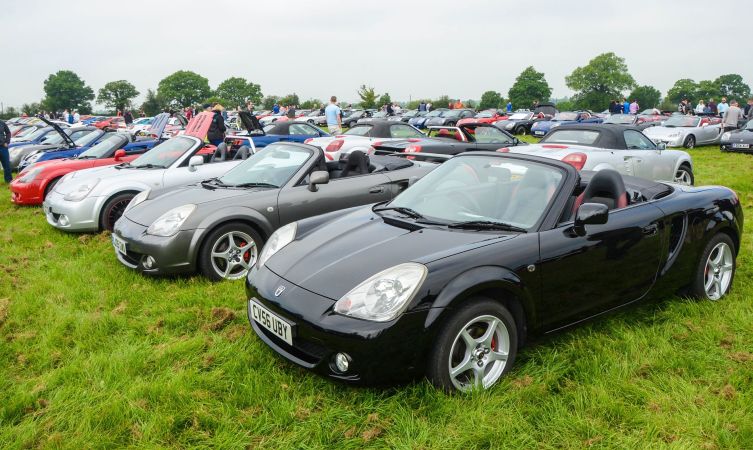 The Kinnersleys presented their proposal of a new MR2 owners’ club to Toyota GB in June of the same year, which was later approved by Toyota Motor Corporation in Japan. Its published aims were “to promote enjoyment of the car through safe driving, organisation of social meetings and events, and to foster a close club spirit.” 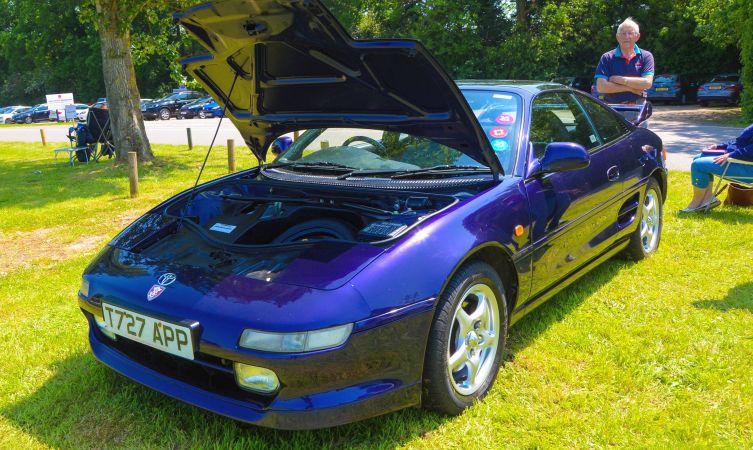 With official approval granted from the manufacturer, club gatherings of the new MR2 Drivers’ Club (MR2DC) commenced in January 1991. The first was held on New Year’s Day in Surrey, followed a week later by a similar meeting in North Yorkshire. During the course of these two meetings, prospective members were identified from across the country and invited to the inaugural annual general meeting, scheduled for Sunday 3 March 1991. 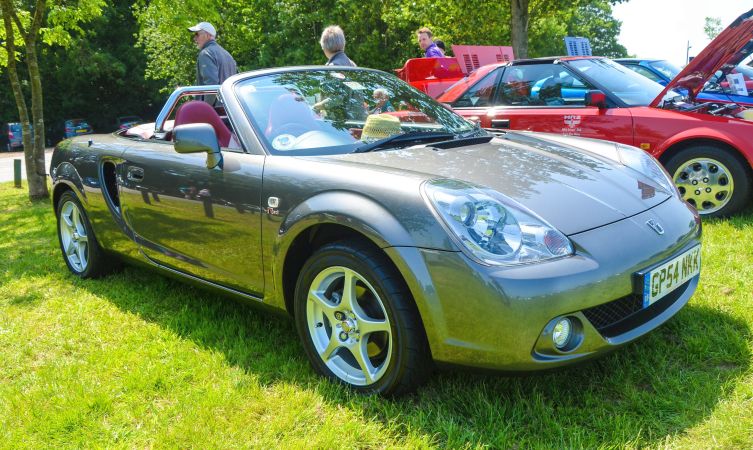 Over 100 people attended the AGM, during which club officers were elected, the club constitution was formally ratified, and membership fees were determined. The meeting also afforded the opportunity to elect non-executive officers, such as MR2 chief designer Seiichi Yamauchi as honorary vice-president. 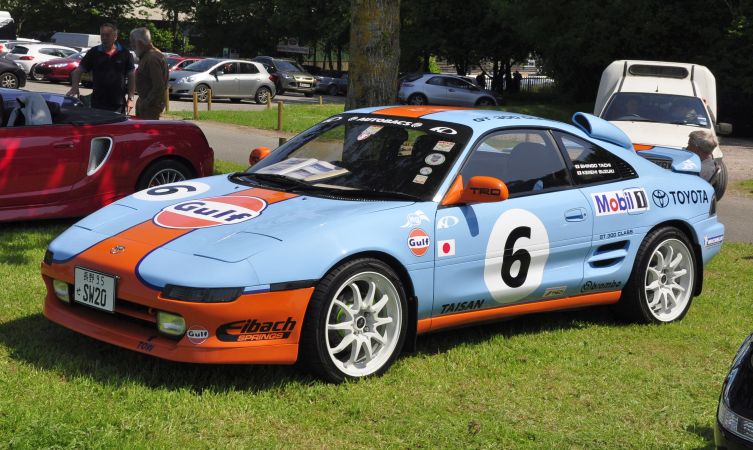 As the administration and organisation of the club improved, so did the number of members. Increases could be directly attributed to the level of activities, as people either saw first-hand what the club got up to or read publicity material and felt motivated to join in. This progression could also be seen in its affiliation with what is now known as the Motor Sports Association, the body governing for motor-related clubs in the UK. 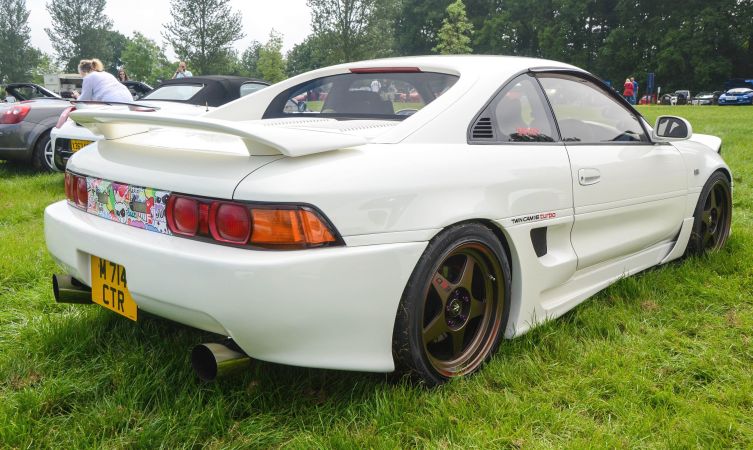 News of the MR2DC had now gone international, leading to the organising of the club’s first gala day at Silverstone circuit in 1992. A strong contingent from the Dutch MR2 club joined over 220 other MR2s for what was then the largest gathering of the model ever held in this country. The Dutch enthusiasts reciprocated the following year to great success, and the bond between the two clubs remains strong to this day. Regular contact is also made with similar clubs in three continents. 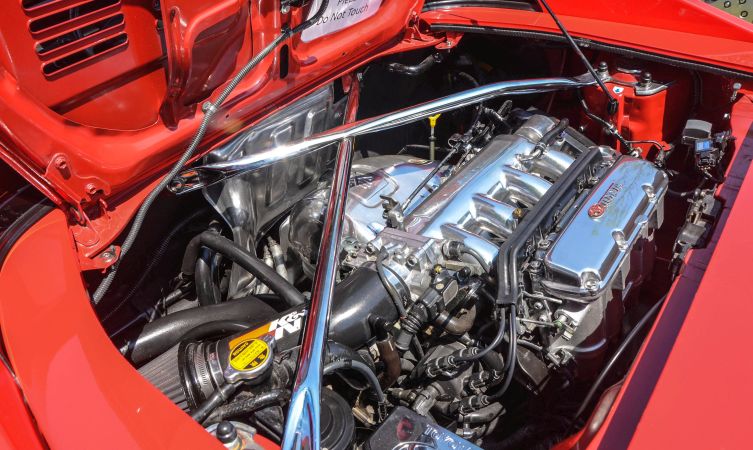 By the turn of the century the MR2DC had grown to over 1,000 members, the majority of whom attended the milestone ‘MR2000’ gala day. An incredible combined effort saw 1,034 MR2 models of all three generations gather at this event, and is still purported to be the largest number of MR2s gathered in one place – aside from perhaps the holding parks outside the Central Motor Co. (now Miyagi Ohira) plant where each generation was built.

Since its inauguration, the MR2DC has seen more than 10,000 MR2 enthusiasts register with the club. The list of honorary vice presidents had also grown to include a number of key MR2 engineers and designers from Toyota Motor Corporation. 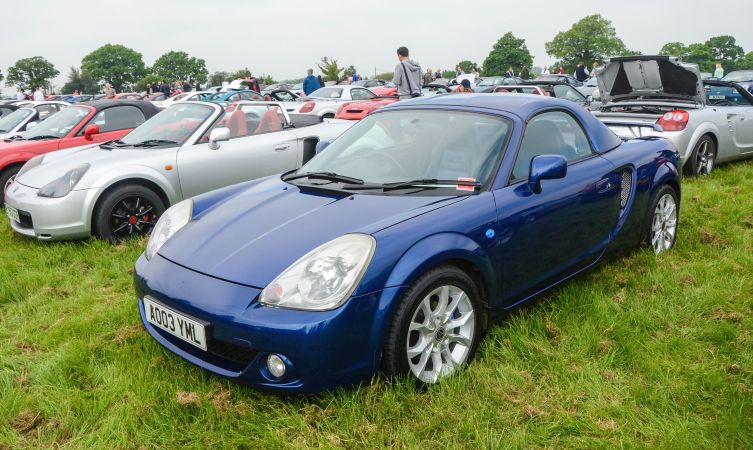 While those numbers have fallen in recent years, that has in no way diminished the enthusiasm or activities of the club; in fact, you could argue that it has served to concentrate the overall quality of membership. 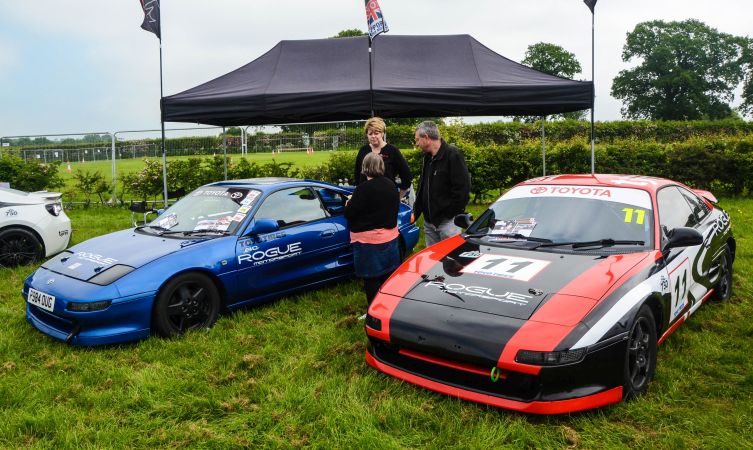 As a national club, show attendance is high throughout the year, especially for the annual club weekend, AGM and after-party. Regional meetings are held on the first Sunday of every month, while motorsport activities and road trips are also encouraged, such as the well-supported Coast2Coast convoy.

The club welcomes new members, with full details of how to join available at its website at www.mr2dc.com 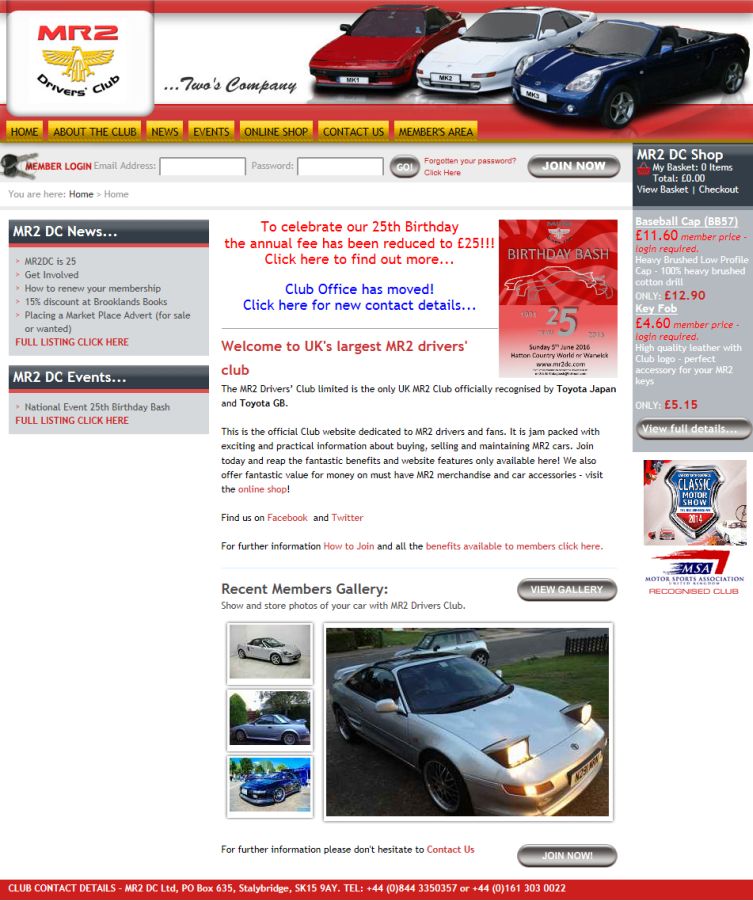 The club’s motto of Two’s Company makes reference to the model’s two-seat format as well as companionship afforded by the group’s welcoming social activities. The motto can be found on all club correspondence but, most importantly, on the back of members’ cars for easy identification. 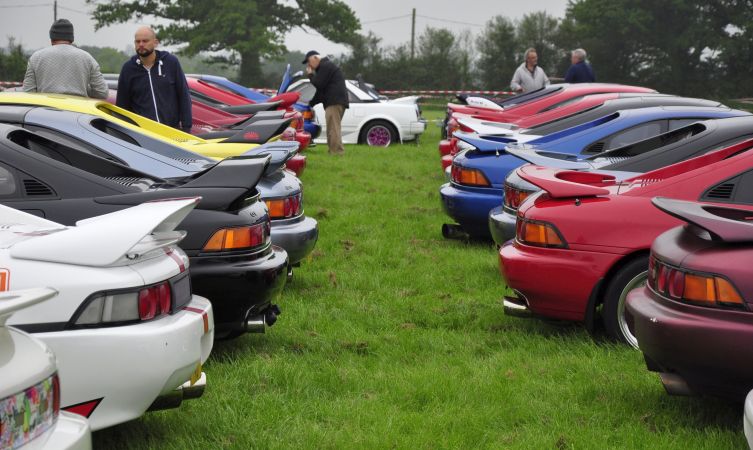