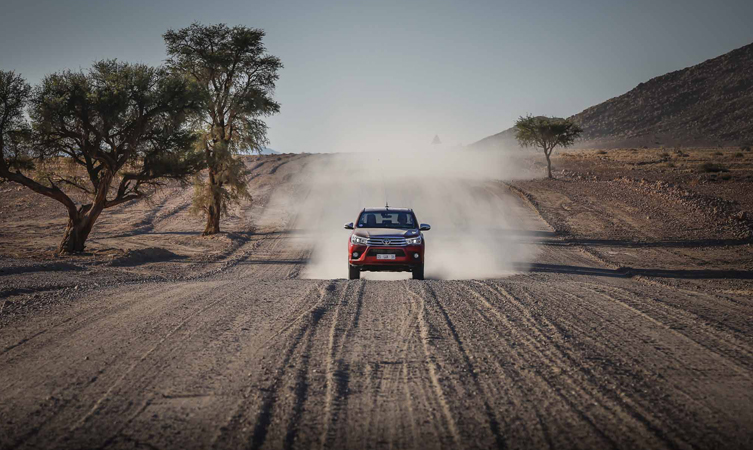 The Toyota Hilux is our second best-selling global model (behind the Corolla) and ahead of the first UK customers taking delivery of the eighth-generation model in July we took some of the UK’s press on a very special test drive on beaches, sand dunes, deserts and mountains in Namibia.

Our adventure started at Swakopmund (near Walvis Bay) on the Atlantic coast and the trip consisted of a two-day drive to the Namibian capital, Windhoek.

The journey would first take us to our first overnight stop at Namibgrens camp, driving through the Namib desert over Spreetshoogte to Khomas Hoogvlake.

Day two would see some serious off-roading driving the hills of Namibgrens before taking the scenic route to Windhoek to reach our final destination, the Na’an ku se guest lodge. It provided the perfect opportunity for the media to put to the test our claims about the new tougher, stronger Hilux. 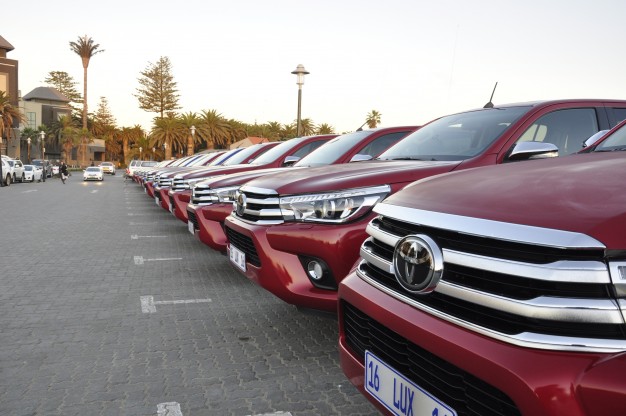 Our first sight of the Hilux in a line that greeted us at our start point, was eclipsed by the sun setting behind them below a dense wall of fog caused when the cold Benguela current meets the hot dry air from the Namib desert. It is called The Skeleton Coast for a good reason.  A quick photo on the beach and we were off to the dunes. 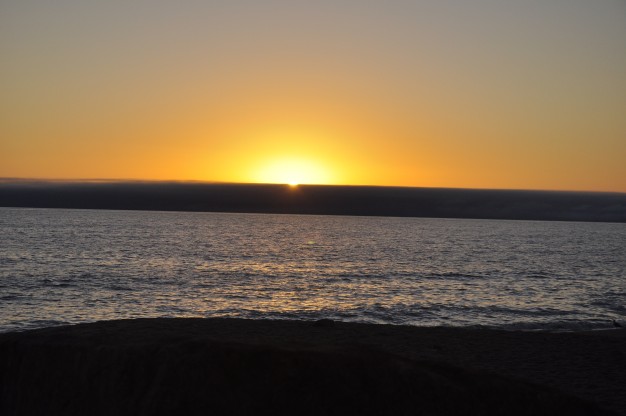 Arriving at the dunes, tyre pressures were reduced to make for better traction in the sand and off we went. The Hilux easily coped on the steep inclines switching to low gear and using the diff lock where applicable. 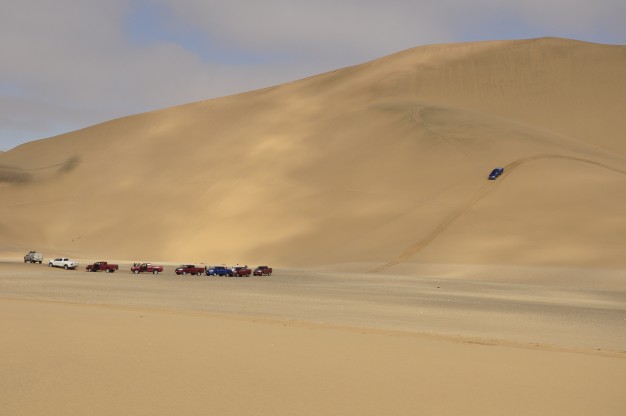 A guest appearance by the Dakar Hilux which achieved podium finishes in 2016 made for a great diversion.

Find out more about the 2016 Toyota Hilux

After the dunes we headed off through to the arid Namib desert, keeping a safe distance from the truck in front, the loose gravel and dirt roads proving no problem for the Hilux set to permanent four-wheel drive.

The following day the off-roading around Namibgrens was some of the most extreme encountered going up and down steep rocky hills, thorn bushes scraping the sides, and in a couple of areas spotters helped to guide us safely through very uneven terrain. 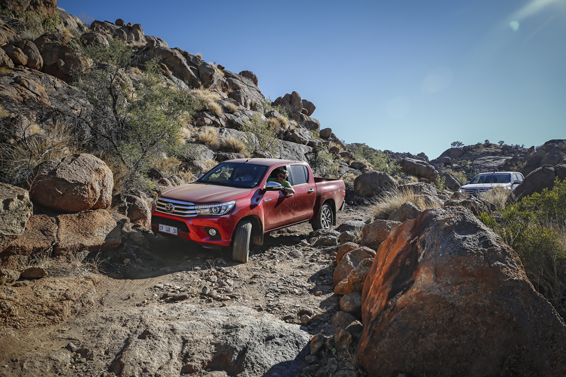 All made it through, however a puncture was inevitable on the sharp rocks and stones. An inflatable jack proving the best option when raising the pick-up on uneven ground. 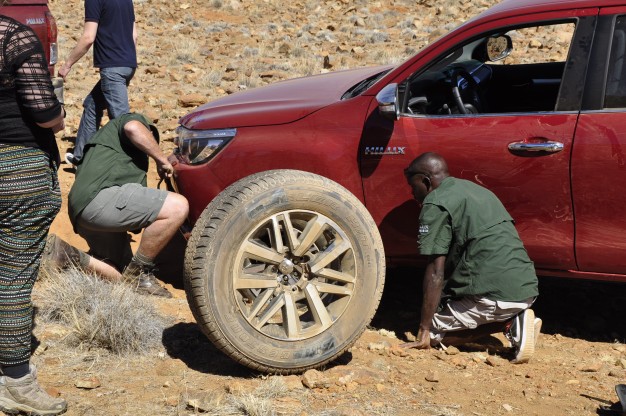 The rest of the journey seemed a breeze through to Na’an ku se guest lodge, crossing the Tropic of Capricorn and through the capital city of Windhoek. We started to see the much greener landscape that surrounds the city and the lodge. 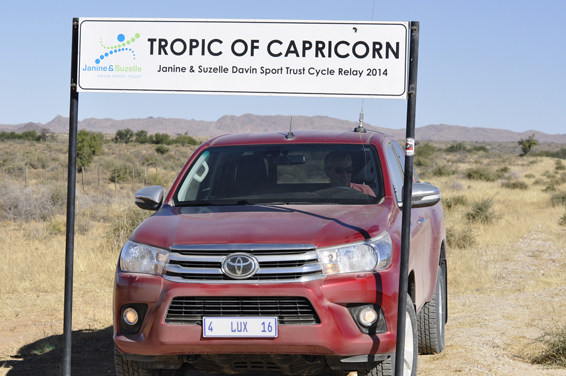 Our tents for the night provided the perfect venue to listen to the variety of wildlife that visited the watering hole nearby. 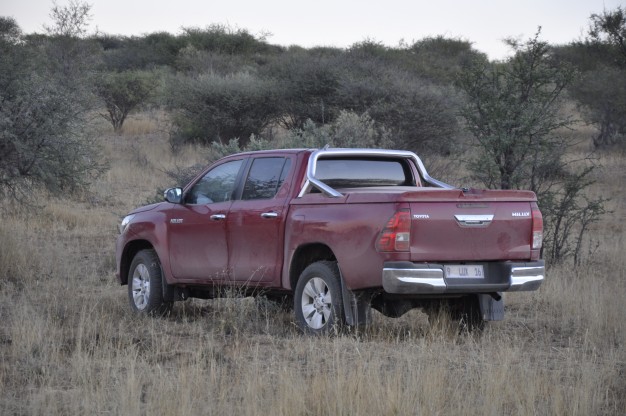 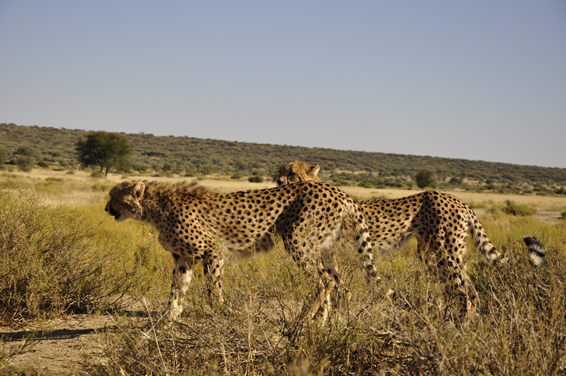 On the drive back to the airport we had the chance to reflect on the the different terrains and landscapes we had driven through: the misty Atlantic coast, the sculpted sand dunes, bleak desolation of the Namib desert, and rocky hills of Namibgrens. Each terrain presenting its own set of challenges but the Hilux proving more than able to tackle them, and more.