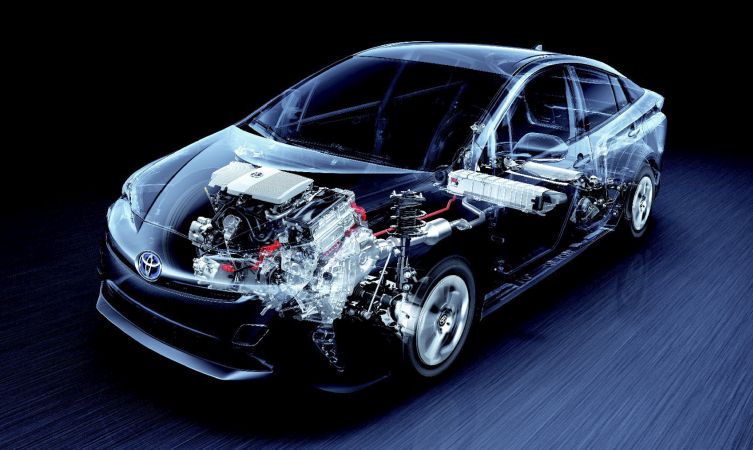 The 2016 Prius introduces the next generation of Toyota’s signature hybrid powertrain – the third pillar supporting the new vehicle’s stronger emotional and performance appeal.

It retains the fuel efficiency and easy-to-drive nature that have made Toyota hybrids popular across the globe, but this time the focus has been on delivering a more natural, immediate but smooth response to accelerator inputs. 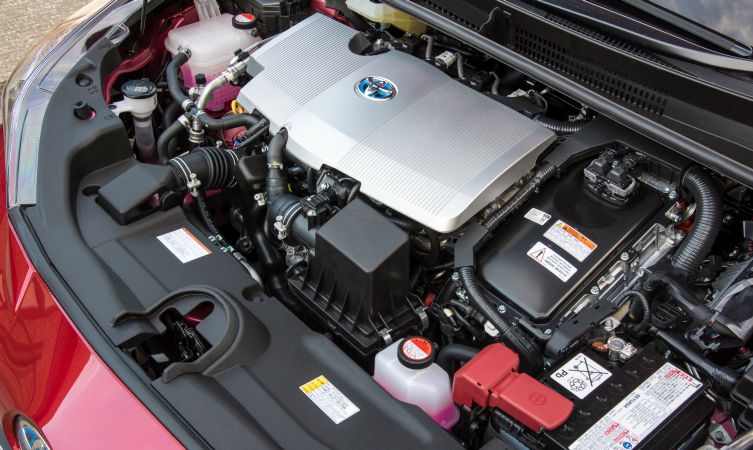 The new hybrid system reflects significant advances in battery, electric motor and petrol engine technologies, being more compact, lighter in weight and lower in cost. Naturally, fuel usage has been improved as well, demonstrated by combined cycle economy from as low as 94.1mpg. 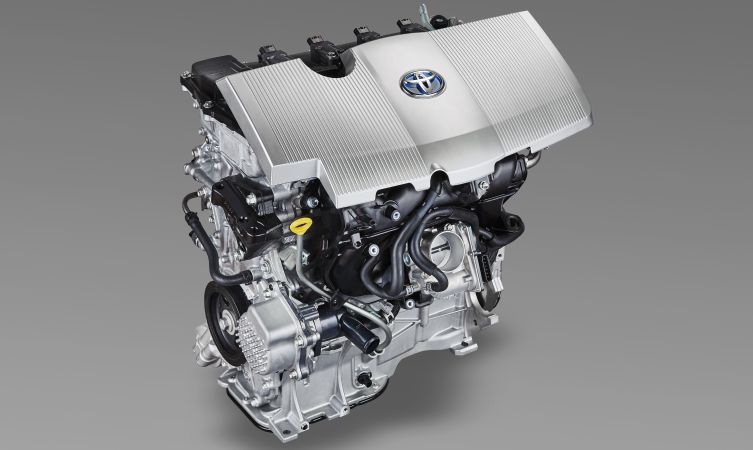 Although the 2016 Prius still features a 1.8-litre Atkinson cycle petrol engine, the unit has been completely re-engineered to deliver significantly better fuel economy. Gas flow, combustion, cooling and knock control have all been improved, and much more effective use is made of exhaust gas recirculation.

Toyota has developed a heat recovery system that uses spent exhaust gas to speed up the warming of engine coolant. A new dual-passage cooling system has also been adopted to reduce the volume of coolant flowing through the engine, helping the engine reach optimum operating temperature more quickly. Because a warm engine can be shut down earlier by the hybrid system to save even more fuel.

Further work has been done to reduce energy lost through friction inside the engine, assisted by the fitment of a low-friction camshaft chain, new electric water pump and beehive-style conical springs to reduce load on the valvetrain.

The intake and exhaust systems came under particular scrutiny, resulting in an engine that enjoys better breathing, filtration, reliability and quietness. The intake system is now more efficiently packaged and benefits from special cold air ducting to ensure ample atmosphere is drawn into the engine. A resonator is included in the pipework to suppresses harsh frequencies and there is a clever separating structure to stop liquid mixing with the intake air.

A thinner exhaust silencer has been developed for optimum gas flow and noise reduction, while also improving the underbody aerodynamics and avoiding any intrusion on luggage capacity in the boot.

Thermal efficiency is a measurement of how well an engine converts the energy available in its fuel into usable energy to power the vehicle.

As a result of exhaust gas recirculation, improvements in combustion efficiency, and innovative ways of managing heat and reducing friction, the new Prius engine delivers 40 per cent thermal efficiency. This is the world’s highest level for a mass-produced petrol engine. It surpasses the 37 per cent figure of the first Prius’s 1.5-litre unit and the 38.5 per cent level of the 1.8-litre engine in the third-generation model.

The exhaust gas recirculation system in the 2016 Prius has a special cooler which lowers the temperature of the gas being circulated, thereby reducing the temperature of the intake mixture and suppressing engine knock. This allows ignition timing to be advanced, which contributes to better thermal efficiency. Cooling loss has been reduced by eight per cent as consequence.

The 2016 Prius includes a newly redesigned multi-shaft transaxle that is the first to be fitted to a hybrid vehicle. Its smaller dimensions have allowed the auxiliary battery to be relocated to the engine compartment. The transaxle houses two electric motor-generators, a single planetary gear, and a reduction gear to the final drive. 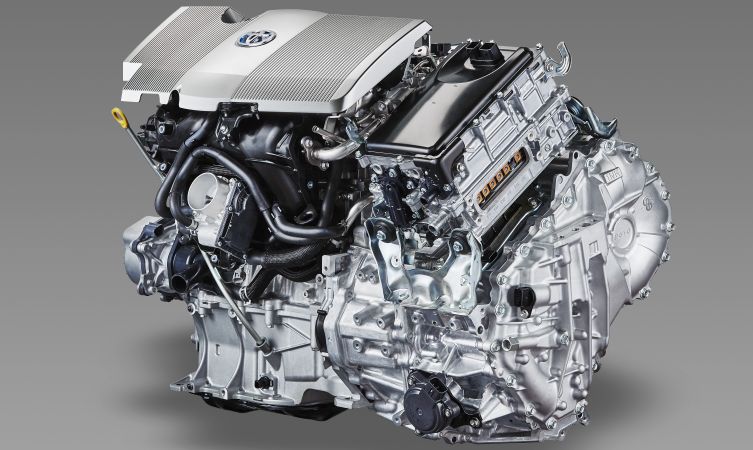 The first electric motor serves primarily as a generator, converting surplus power from the petrol engine into electricity. It also serves as the engine’s starter motor. The second electric motor also acts as a generator when the car is in regenerative braking mode. But it is mostly used to drive the car from start-up, at low speed and in electric vehicle mode, and it is the sole propulsion method when the vehicle is in reverse. Both electric motors are now smaller in size yet provide a better power-to-weight ratio.

Updates to the software controlling the hybrid system enable the 2016 Prius to draw more on its electric drivetrain. The speed range in which the electric motor can be used exclusively has been increased by 60 per cent compared to the outgoing model. This means there is less dependency on the petrol engine at higher speeds, improving fuel economy.

The power control unit (PCU) is the multi-purpose electrical heart of the vehicle, housing the inverter/voltage booster, a DC/DC converter for auxiliary power and electronic control for the motor-generators. The DC/DC converter is now used instead of a belt-driven alternator. 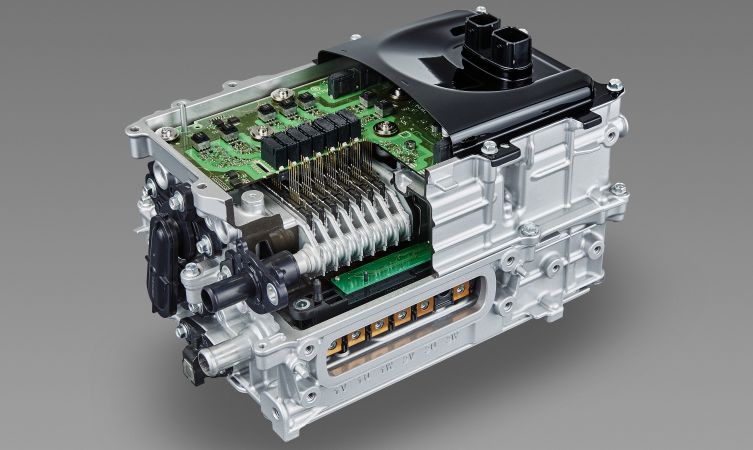 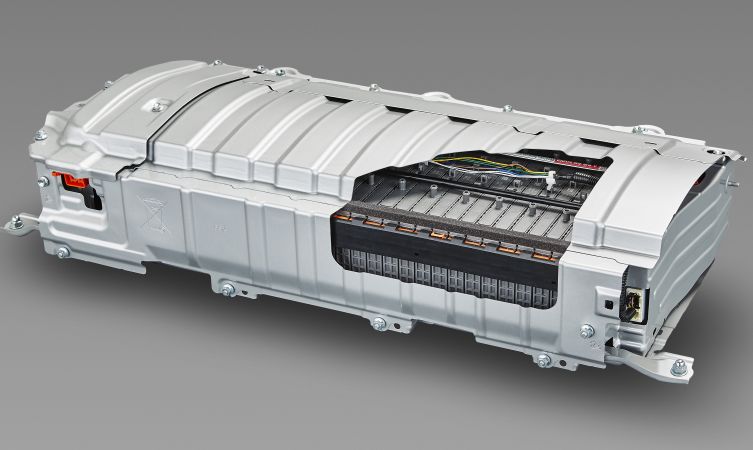 The nickel-metal hydride battery fitted to the 2016 Prius is more compact than ever before, and is located entirely beneath the rear seats to avoid any intrusion in the load space. Its air-cooling system is more efficient and the battery has a greater energy regeneration range.

The fuel economy achieved by the 2016 Prius marks the largest improvement between any of the previous generations. This accomplishment reflects Toyota’s philosophy of refining existing technology – the concept of having something good, and then making it even better. 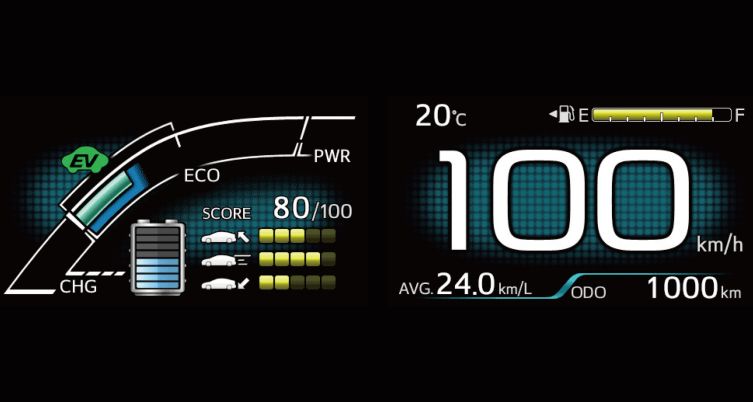 Further gains have been made by reducing the energy load of the air conditioning system, reducing the rolling resistance of the wheels, and creating a more aerodynamically efficient vehicle design.