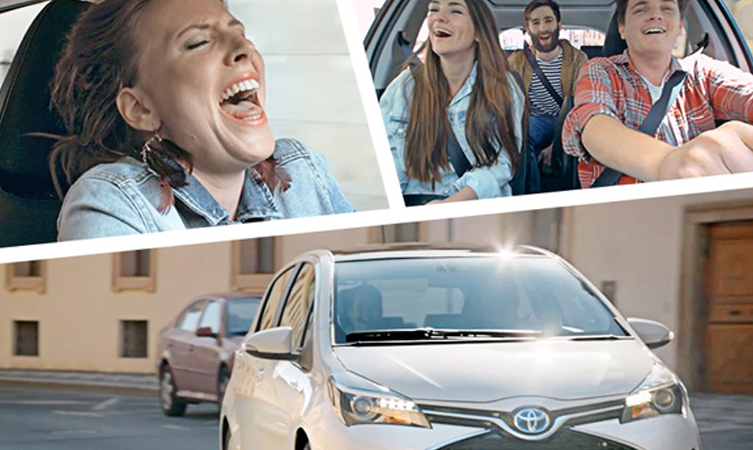 It’s always fun to be driving, or be a passenger in a car, when a good tune – or ‘choon’ if we’re talking ‘yoof’ – comes on the radio, and the latest Toyota Yaris Hybrid TV advert is built around this idea.

Entitled ‘The Musical City’, the ad sees urbanites taking to the wheel of a Yaris Hybrid Excel and navigating their way through the streets of Prague, but every street sign has been changed to reflect the names of classic pop and rock songs.

To encourage the drivers and their passengers to sing along, the Yaris Hybrid stereo was connected to the GPS system and each time the car turned a corner, it triggered a new song according to the street name. The drivers had the opportunity to choose what to sing by choosing which route to drive.

Despite being developed solely for Europe, the advert’s karaoke theme can be interpreted as a subtle reference to Japanese culture, as the activity originated in Japan in the 1970s.

The full list of songs, as they appear in the advert is:

2014 Yaris: Everything you need to know

The 2014 Yaris range is available now, priced from £9,995*. Further information is available on the designated section of the Toyota UK website. If you would like to arrange a test drive, leave a comment below, and we’ll be in touch shortly.

*Price correct at time of writing.