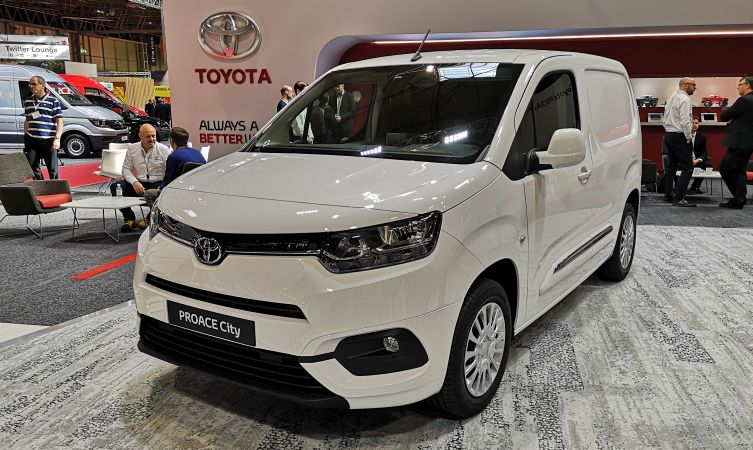 The new Toyota Proace City has made its public world debut at the 2019 Commercial Vehicle Show in Birmingham’s NEC arena. 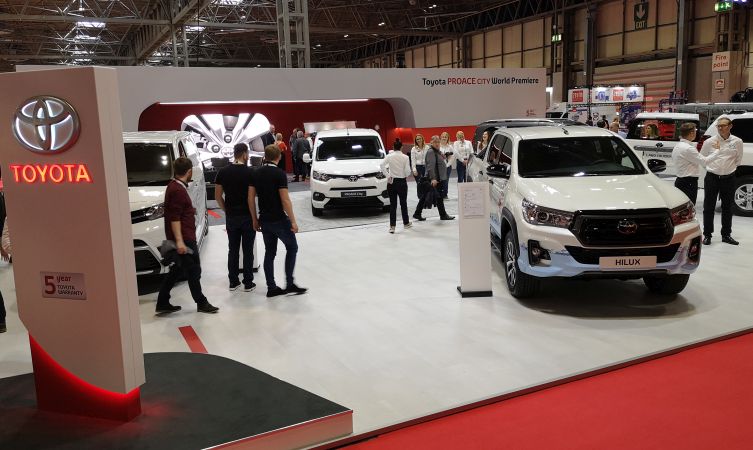 It took centre stage among a broad display of Toyota’s current light commercial vehicle offerings. These included the newly revised Hilux Invincible X pick-up, a more generously appointed version of the Land Cruiser Commercial and two versions of the popular medium duty Proace – one standard panel van and the other a special catering version.

Two variations of the new Proace City were displayed at the show – short wheelbase panel van and long wheelbase passenger version, which will be known as the Proace City Verso (below). 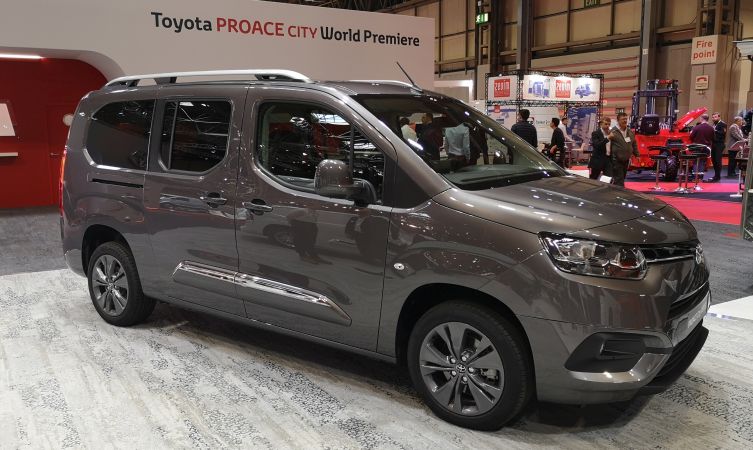 In view of being shown well ahead of the vehicle’s official launch date, both versions were pre-production models and therefore not open for inspection at this time. So while the interiors and load bays remained closed to the public, the positioning of the vehicles alongside their future siblings was valuable in gauging their relative sizes and family design themes. Full UK specifications will be confirmed nearer to launch. 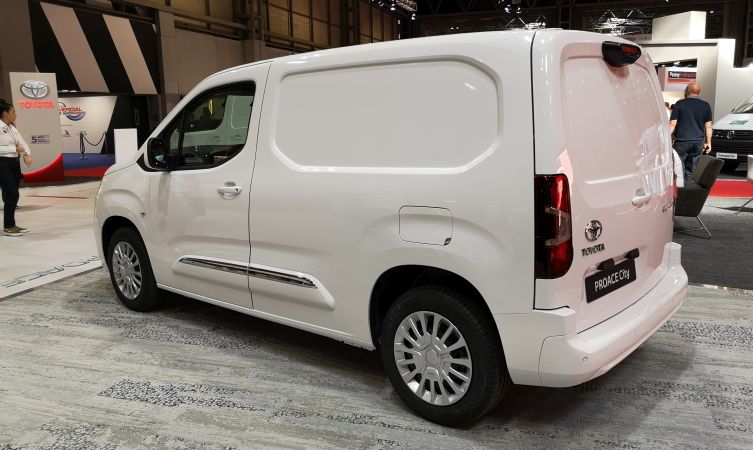 Further information on the new Proace City range will be revealed this week in three posts, detailing the model’s performance and capabilities, practical and versatile design, as well as its safety, comfort and convenience features.

This was the second reveal of the show, a revised version of the top-of-the range Hilux Invincible X for 2019. Available exclusively in Double Cab form, the new model sports design enhancements that follow a dark grey and black theme. 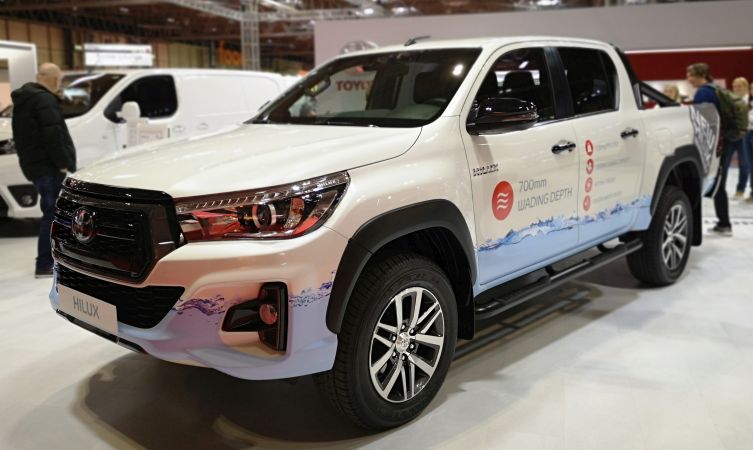 These can be seen in the grey smoked chrome finish of the grille surround, fog lamp bezels, door and tailgate handles, mirror casings, side steps and rear bumper corners. The specification also includes 18-inch alloy wheels with a two-tone machined finish, plus subtle chrome and piano black interior detailing. 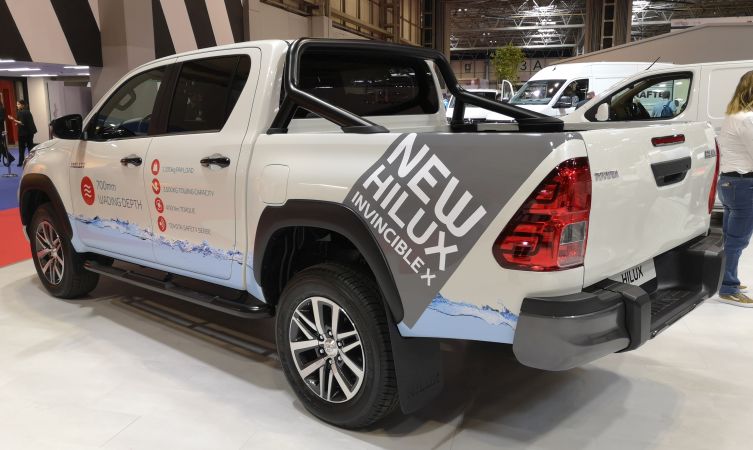 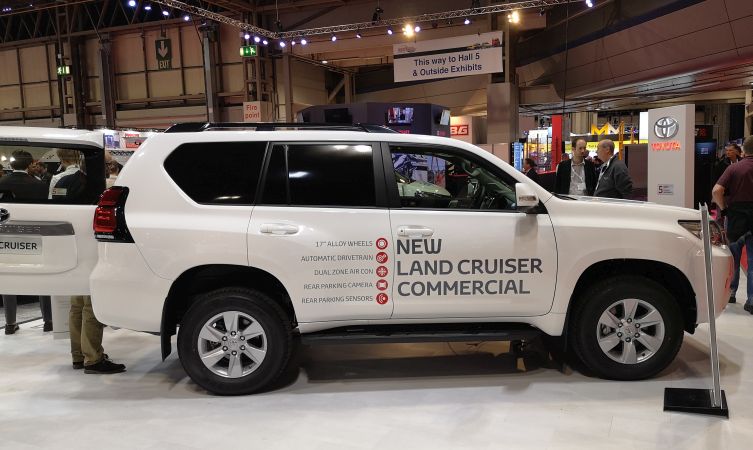 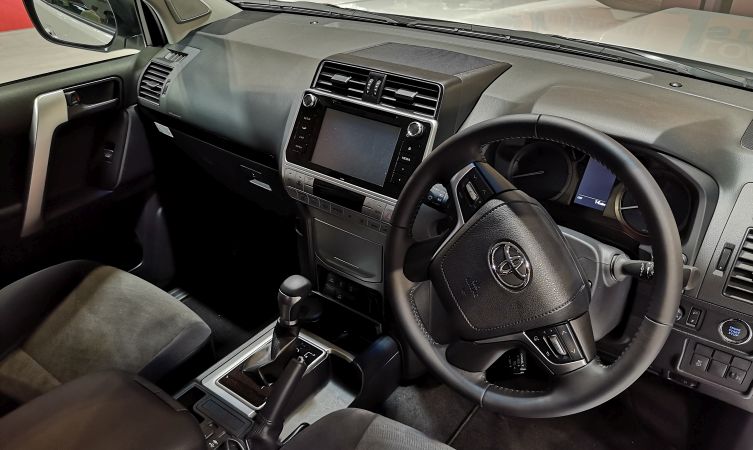 On-the-road prices and availability will be announced soon.

This Proace Pranzo show vehicle was designed to highlight the adaptability of the Proace’s Platform Cab derivation for commercial uses. 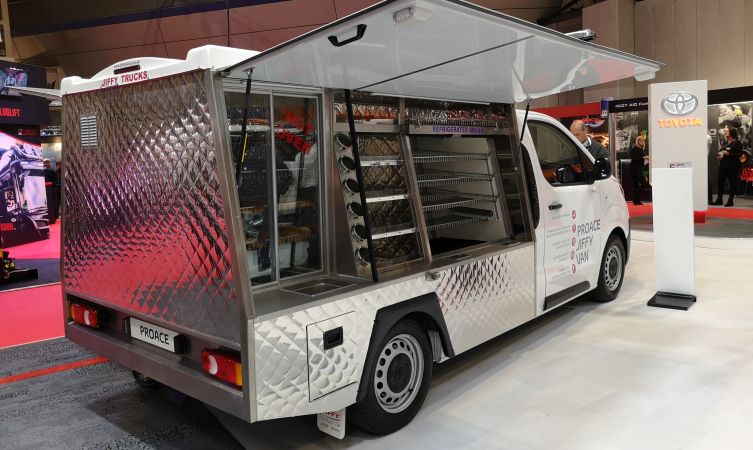 It is a new, fully type approved conversion by the catering vehicle specialists at Jiffy Trucks. Offering both storage and serving sides, as well as the innovative facility to hold industry standard baking trays, the model has been well-received within the mobile food retailing industry. If only the pies and pasties on display in this show vehicle weren’t plastic… 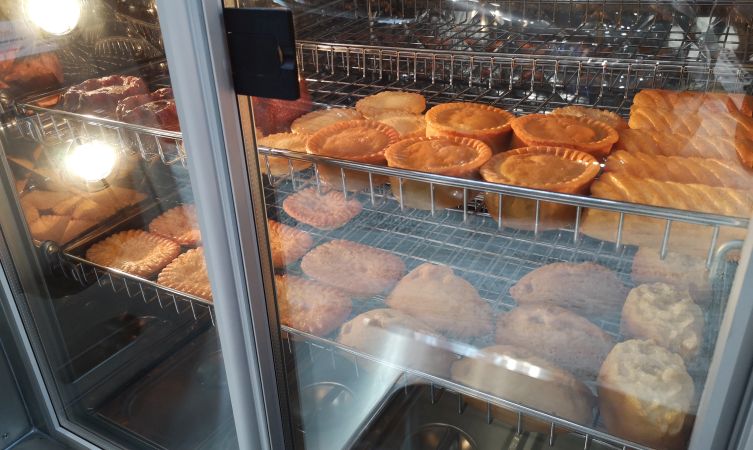