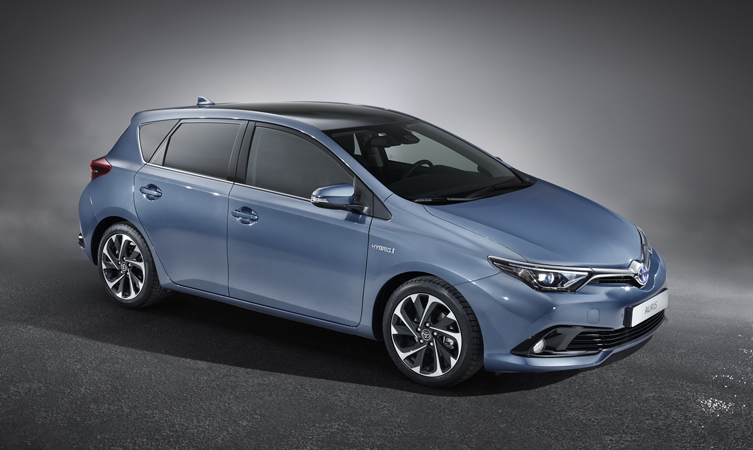 The new Toyota Auris will be revealed at the Geneva motor show (3-15 March), with the British-built hatchback and Touring Sports wagon versions making their debut alongside the new Avensis.

New Auris enjoys a refreshed design that adds presence and prestige, together with an upgraded cabin and new comfort and safety equipment features.

The hybrid remains at the heart of the range, having established itself as the leading powertrain in the line-up, accounting for around half of all Auris sales in Europe in 2014. Nonetheless, the new model heralds the arrival of new and improved petrol and diesel engines, developed with a focus on efficiency and performance.

The simultaneous reveal of new Auris and Avensis follows on from last year’s introduction of Aygo and Yaris to complete a full rejuvenation of Toyota’s core European model range. Both Auris and Avensis will continue to be built side by side at Toyota Manufacturing UK’s car plant at Burnaston, near Derby.

Toyota will host its Geneva motor show press conference on its stand in Hall 4 at Palexpo, at 12.15pm on 3 March.