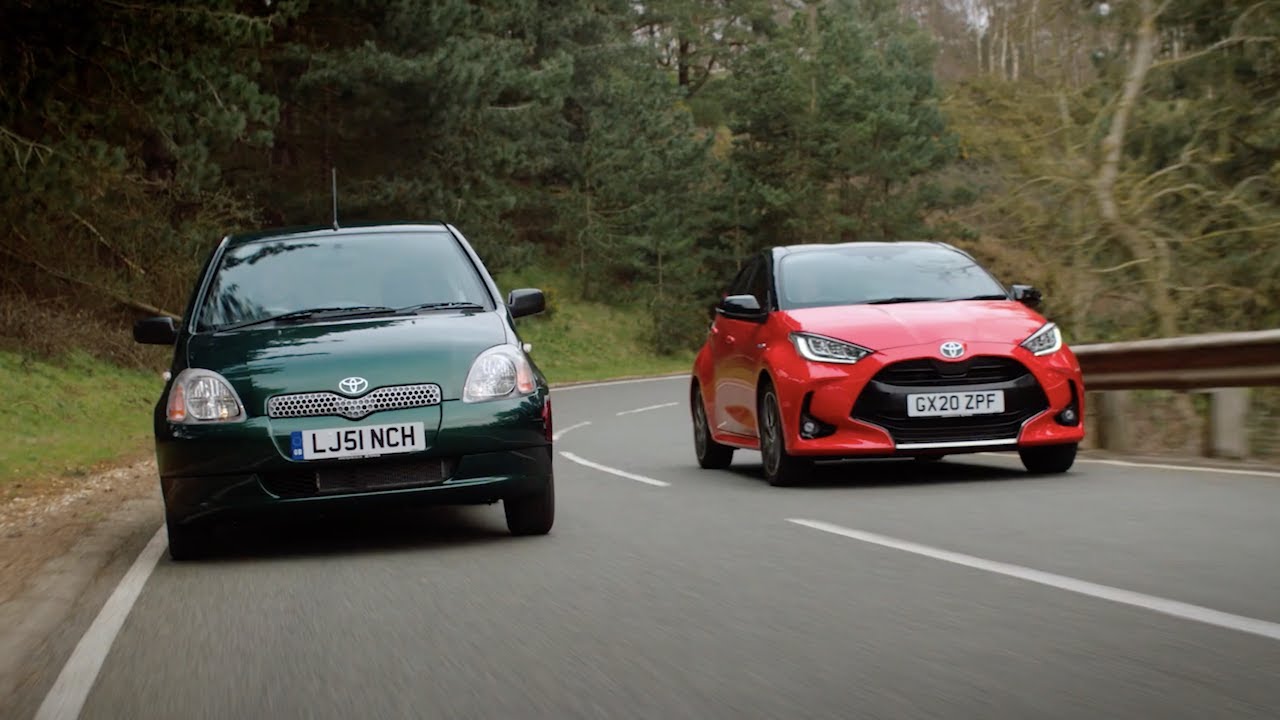 If you own a Toyota Yaris, then it will need regular servicing to help keep it in the best shape. Here we list Toyota Yaris service intervals for each generation of the car. We highlight the different sizes and types of engine officially sold in UK Toyota dealers to help you know when your Toyota Yaris needs servicing.

These intervals are for models of Toyota Yaris that were sold via the official UK Toyota dealer network. If you drive a grey import version of the Yaris, some of which were known as the Toyota Vitz up until 2019, then this will be a useful reference for your car, too.

The first-generation Toyota Yaris was known internally by the model code XP10, and the car was sold as the Vitz in Japan, or the Echo in North America and Australia. In the UK, the Toyota Yaris was initially sold with 1.0 or 1.3-litre petrol engines, while a 1.5-litre petrol arrived with the Yaris T-Sport from 2001. A 1.4 D4-D diesel was also sold in the UK from 2002 until sales finished in 2005.

Called the XP90 internally, the Toyota Yaris Mk2 arrived in the UK in 2005, and with it came slightly revised engines. The 1.0 here is a three-cylinder, and while the old car’s 1.3 was initially carried over, it was replaced by a more modern 1.33 in 2009. The 1.4 D4-D diesel was also offered again, while another sporty model, the Yaris TS, came with a 1.8-litre petrol engine in 2007.

The XP130 generation Toyota Yaris was the first to be offered with a 1.5 hybrid powertrain, alongside regular 1.0 and 1.33 petrol versions and the 1.4 diesel, although the latter wasn’t available through the car’s entire production run. Later in its life, the Yaris GRMN was launched in 2017 with a 1.8 supercharged petrol engine.

The current Toyota Yaris was launched in 2020, and is known within Toyota as the XP210. The main mechanical change from its predecessors is that the Yaris is now hybrid only, with no petrol or diesel versions offered. All models feature the same set-up of a 1.5-litre three-cylinder petrol engine with an electric motor and compact battery providing assistance.

As well as the standard supermini, the Yaris name has also been given to other compact models that use similar running gear. Here we highlight the service intervals for those, too.

The Yaris Verso was based on the first-generation Yaris XP10, and added a longer wheelbase and boxy rear end to create a small MPV. In Japan, the Yaris Verso was known as the Toyota Fun Cargo. UK cars came with a 1.3-litre petrol engine, while a 1.4 D4-D diesel was offered from 2001 onwards.

The high-performance version of the current Yaris is different enough to be considered a separate model. It has a unique three-door body and a 268hp 1.6 turbo petrol engine with manual gearbox and four-wheel drive. Thanks to its rally-focused character, its service intervals are more frequent than they are for the standard Yaris.

In addition, the GR Yaris is subject to a ‘Safety Check’ every six months. As of 2022, this costs £50, unless it coincides with the car’s service, in which case there’s no extra cost.

The small SUV variant of the Yaris was launched 12 months after the XP210 supermini, and features a variation of the platform used by that car. That means it has the same hybrid tech under the skin, and service intervals that are identical to the supermini’s.