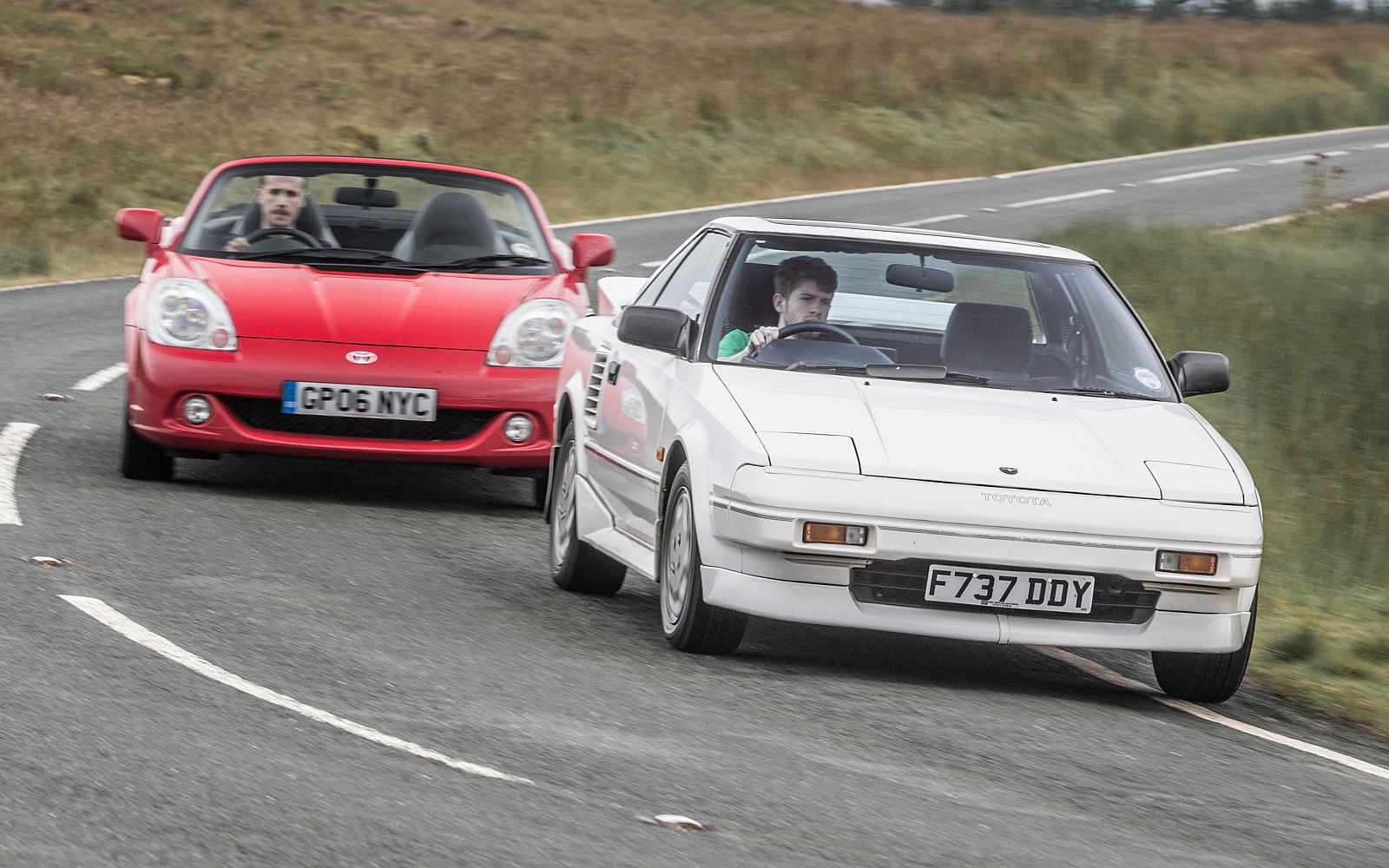 Toyota MR2 owners throughout the world have appropriated 22 February ’22 as their own. What is so special about this day? It is what’s known as a palindrome date, where digits for the day, month and year read the same both forwards and backwards.

Making this particular date extra-special is the fact that it falls on a Tuesday, which has since taken a short, alliterative leap to become widely known as Twosday. And you can guess which number Toyota MR2 owners favour the most…

So in honour of Twosday and #MR2sday we have gathered 22 interesting facts about our much-loved Toyota MR2 sports car.

1) The MR2 was originally designed as a fuel-efficient commuter for two people. But when this was considered too avant-garde for conservative buyers the project was refocused to become an affordable sports car, a modern version of Toyota’s iconic Sports 800.

2) Though the MR2 adopted the contemporary Corolla’s engine, chassis and transmission for ease of mass production and cost reduction, these components were configured in such a way that the MR2 became Japan’s first mid-engine production car.

3) The name MR2 stands for Midship Runabout 2-seater, though it should be noted that the initials MR also refer to the vehicle’s layout – mid-engine, rear-wheel drive.

4) The first-generation MR2 was initially offered in the UK in a single, well-equipped grade (roughly equivalent to Japan’s G-Limited grade). The only option was metallic paint.

5) Face-lifted cars were announced in Japan in August 1986, with the T-bar roof option first seen in the SV-3 concept car of 1983 also being introduced worldwide. The T-bar arrangement added 30kg to the MR2’s kerb weight.

6) UK sales of the first-generation MR2 far exceeded expectations, with a total of 13,580 examples being sold here from 1985 to 1989. The car was so popular that we received up to 20% of worldwide production.

7) In order to feel solid in all driving conditions, first- and second-generation MR2s were constructed with five bulkheads: behind the radiator, at the front and rear of the cockpit, behind the engine, and behind the luggage compartment.

8) In recognition of our status as the second biggest export market for the MR2 outside of the USA, Toyota engineers fine-tuned the second-generation model’s suspension and steering in the UK to better suit our tastes and road network.

9) The UK market was unique in offering a base model second-generation MR2 with a 2.0-litre 3S-FE engine (also used in the contemporary Carina). Available until autumn 1992, this model is visually identified by its lack of front fog lights and rear spoiler.

11) The second-generation MR2 was produced for ten years, almost twice that of the original. During this time the model went through a number of minor changes, each of which is usually identified by the specific period in which it was built, from Revision 2 through to Revision 5.

13) The third-generation MR2 broke what had become known as “the cycle of growth,” being smaller in every important area: proportions, engine size, power, kerb weight and price.

14) By deleting the rear luggage compartment, the third-generation MR2 did not require a fifth bulkhead. This saved weight and allowed the exhaust to be routed more efficiently.

15) The top of the cloth convertible roof was designed to double as a tonneau cover when folded down. However, an optional fibreglass hard top was available and weighed just 18kg.

16) The third-generation MR2 was the first Japanese car to be offered with a sequential gearbox. Known as SMT, this automated manual transmission (see image above) deleted the clutch pedal and allowed the driver to prompt gear changes without having to lift off the accelerator pedal.

17) The third-generation MR2 was the first Toyota model in the UK to be officially available with an optional body kit. Its success led to similar offerings being available for contemporary Yaris, Celica and RAV4 models.

19) The final 300 examples of the third-generation MR2 were sold as TF300 special editions in 2006. Each high-spec car was built to order and featured a dedicated vehicle number individually stitched into the seatback (see below).

21) According to the website How Many Left, fewer than 11,000 examples (both officially supplied and imports) of the MR2 are now officially registered in the UK.

22) Toyota president Akio Toyoda has commented that he would like “Three Brothers” within Toyota’s sports car line-up. Two of those positions are already filled with the GT86/GR86 and Supra. Does that mean the trio could be completed with a spiritual successor to the MR2? Only time will tell.