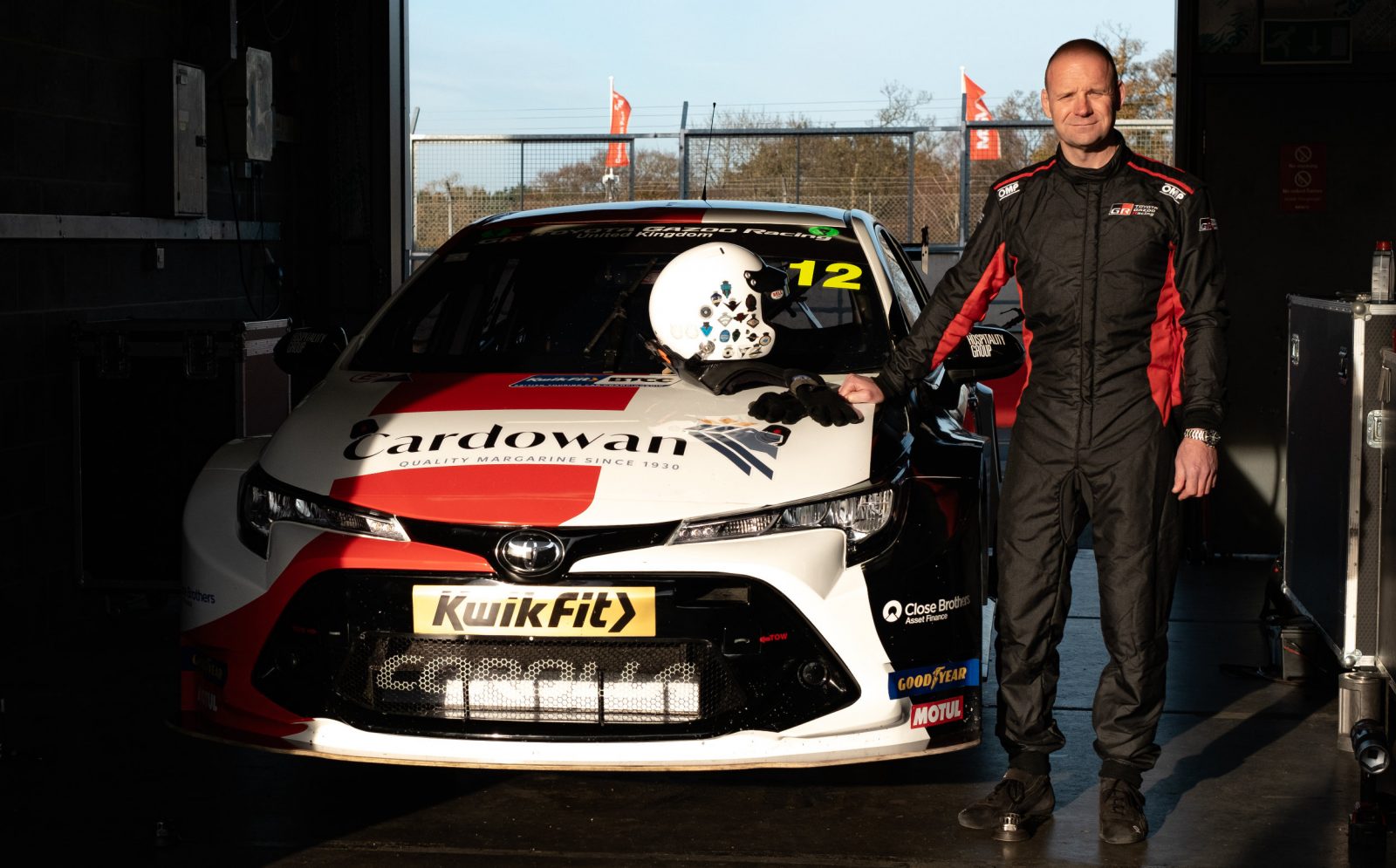 The Toyota Corolla GR Sport touring cars raced in the British Touring Car Championship (BTCC) may look similar to the road-going Corolla GR Sport, but how hard is it to jump into the racecar from the road car? We’ve already pitted the two cars against each other on track with professional drivers, but how easily can a normal person get to grips with the touring car?

To find out, Toyota GB’s Jason Stanley headed to Donington Park to take on the challenge. Jason isn’t a complete track novice but even his prior experience wasn’t enough to prepare him for the Corolla BTCC car – find out how he got on in our short film.

The challenge was evident from the off: “First time driving a British touring car, first time driving a car with slicks and a sequential gearbox,” explains Jason. On top of those firsts, the Corolla GR Sport BTCC car packs a much bigger punch than the road car – in the region of 350+bhp from its TOCA-spec 2.0-litre turbo engine compared to the road-going Corolla’s 181bhp. “It’s got so much performance, a lot more than I’m used to,” admits Jason.

Of course, no test would be complete without the British weather getting in on the mix. With temperatures hovering around zero, Jason had the added challenge of trying to generate heat in the Corolla’s slick tyres. “I have to confess: I spun. Twice,” Jason candidly reveals. It turns out that driving a Corolla touring car is a lot harder than it looks!

Thankfully, support and advice were on hand in the garage. “The other great thing about today, of course, is having the chance to speak to Rory Butcher,” Jason explains. “[He] talked me through how to get the best out of the Corolla, how to enjoy it and how to really start to explore the performance of the car, particularly around the brakes, the tyre temperature, and really making the most of the overall package.”

As the day progressed and the temperatures climbed a little, Jason’s confidence also grew. “In that last session… [I] could keep the heat in the tyres, the car felt a lot more progressive – nice rear end slide, pull it on the power coming out of the corners,” he relates. “It really is a step above everything else that I’ve had before in terms of the speed it carries.”

In every area, the Corolla GR Sport touring car couldn’t fail to impress Jason. “The Corolla British Touring car is absolutely incredible. The performance from this car – the braking, the acceleration, the corner speed that you can carry with this car – is just incredible,” he says.

So how hard is it to drive Toyota’s Corolla GR Sport touring car? It isn’t impossible for a beginner, but it certainly isn’t as easy as you might think. Extracting maximum performance from this impressive machine requires skill and commitment. As Jason discovered, it’s a steep learning curve even with the help of some pro driver coaching.

That’s why Toyota has developed the Corolla GR Sport road car to deliver similar feelings of excitement and driver feedback through its accessible performance and dynamic handling – you can experience this for yourself at your local Toyota dealer.

As for Toyota Gazoo Racing UK, the excitement is building as the team looks ahead to another competitive season in the 2022 British Touring Car Championship. With the introduction of hybrid power for the BTCC Corolla, you won’t want to miss it!