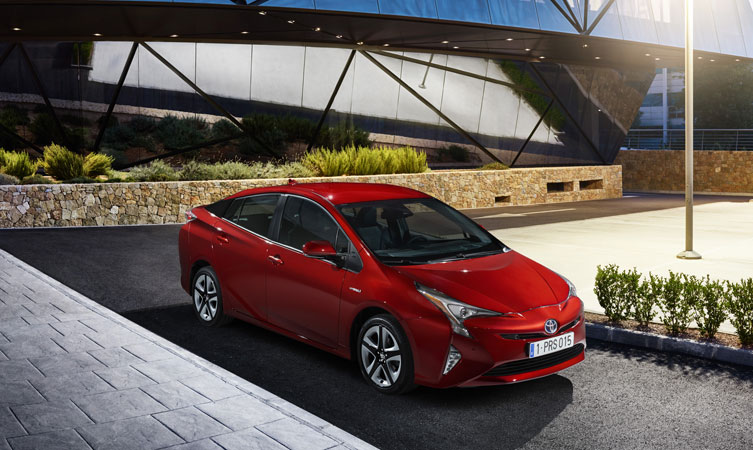 The introduction of the 2016 Toyota Prius marks a further advance in the history and achievements of Toyota’s hybrid power technology.

The fourth generation Prius, which makes its public debut at the Frankfurt motor show on 15 September, builds on the strengths and achievements of its predecessors and is set to establish new benchmarks in fuel economy, emissions and efficiency. Each successive Prius has delivered improvements in these areas, but the new model is aiming to make the biggest leap yet in performance.

This achievement is only one aspect of a product that has evolved to acquire new capabilities and greater driver appeal. Powered by a new generation of Toyota’s full hybrid powertrain, the new Prius makes significant advances in highway fuel economy and provides a much more rewarding driving experience. Acceleration is smoother and more responsive, and, at higher speeds, is quieter and has a more linear feel that is better aligned to engine speed.

The new car’s dynamic capabilities are rooted in the use of the first Toyota New Global Architecture (TNGA) platform. At a stroke, this endows the car with a lower centre of gravity for improved handling response and stability.

It also gives the designers a freer hand to craft a car that has richer visual appeal, with lower lines overall and a more athletic profile. TNGA also helps define the “peace-of-mind” interior, with its excellent packaging, driving position and comfort. Load space is improved thanks to the use of a smaller, more energy-dense hybrid battery and a new double wishbone rear suspension system – features which do not intrude on boot capacity.

Safety remains a priority, with the TNGA chassis optimised for excellent impact performance. The scope of the Toyota Safety Sense package is extended in the new Prius with addition of radar-managed Adaptive Cruise Control and a pedestrian detection function for the Pre-Crash Safety system.

The full hybrid powertrain has undergone extensive revisions to improve efficiency, reduce weight and sharpen performance. Detailed design changes to the engine have achieved more than 40 per cent thermal efficiency – world-best performance for a petrol unit.

Other hybrid system components have been made more compact and have been repositioned for optimum packaging, further contributing to the car’s lower centre of gravity. The new nickel-metal hydride hybrid battery is more compact while its durability and charging performance have been significantly improved.

In combination, these changes and innovations confound the popular notion of what an eco-car should be like to drive and to look at. The new 2016 Toyota Prius demonstrates the genuine rewards that remain to be enjoyed from Toyota full hybrid technology, advantages that will steadily feed through to new generations of other Toyota hybrid models.