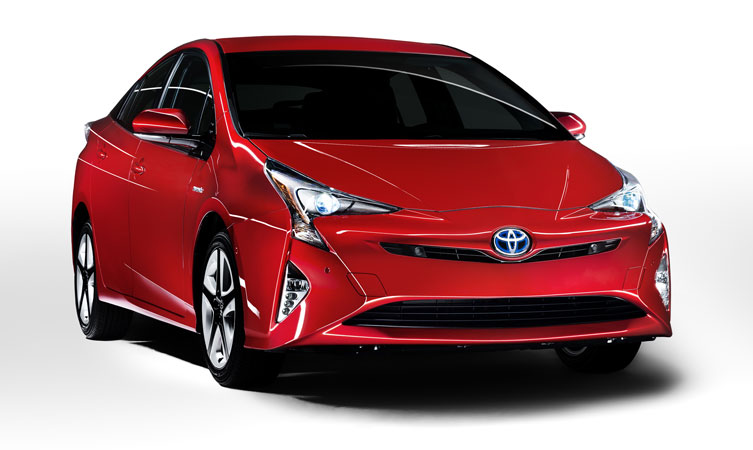 Successive versions of the Toyota Prius have made significant advances in emissions performance and fuel economy, but none more so than the all-new fourth generation model. Carbon dioxide emissions are set to reach a new low of just 70g/km, with average fuel economy from 94.1mpg (depending on market and subject to final homologation).

These figures mark the greatest improvement yet from one model generation to the next since the introduction of the original Prius in 1997. At the same time, true to Toyota’s commitment to building ever better cars, new Prius benefits from greatly enhanced dynamic qualities in terms of handling, responsiveness and driver involvement.

Using less fuel and reducing exhaust emissions have always been central to the concept of the Toyota Prius. With the all-new model Toyota has undertaken comprehensive re-engineering of its hybrid system and produced a ground-breaking aerodynamic design to take its signature efficiency to new heights.

As a result, CO2 emissions for the new model are from 70g/km, with average fuel consumption from 94.1mpg. This compares to the 89g/km and 72.4mpg achieved by its predecessor.

Changes to the hybrid powertrain are central to this achievement, including development of the 1.8-litre VVT-i Atkinson cycle petrol engine to produce a world-best 40 per cent thermal efficiency. The detailed changes to the unit have reduced friction and mechanical losses, so a greater amount of energy can be obtained from every drop of fuel.

Elsewhere in the system all the major components have been redesigned or revised to save weight and improve efficiency, including the transaxle, electric motor and power control unit.

Prius uses a new nickel-metal hydride (NiMH) battery that is more compact, yet more energy-dense, giving better performance and easier packaging – it is now located entirely beneath the rear seat, avoiding any compromise in trunk space.

The new Prius’s aerodynamics also makes an important contribution. The car’s lower, sleeker styling is sharper and more eye-catching, but at the same time more aerodynamically efficient. Toyota has succeeded in further improving the coefficient of drag (Cd) from 0.25 on the current model to 0.24. Both the bodywork and the under-floor area benefit from detailed elements that help smooth the flow of air over, under and away from the vehicle, reducing fuel consumption.

The new Prius accelerates from nought to 62mph in 10.6 seconds. Highway overtaking acceleration from 50 to 75mph (80 to 120km/h) can be accomplished in just 8.3 seconds and the top speed is 112mph. The new hybrid system’s output is 120bhp (90kW), and the drivetrain now delivers its power in a more user-friendly manner. The new PCU (Power Control Unit) allows the system to draw more on its electric power, which means that acceleration feels more natural with the engine revs building up gradually as the car gathers speed.

Day to day usability also improves significantly. This fourth generation Prius is the first that is able to pull a trailer, thanks to its 725 kg towing capacity (unbraked).

The focus on better efficiency has been matched by Toyota’s commitment to achieving better dynamic performance, making new Prius a more rewarding car to drive. Central to this mission is its use of the first TNGA (Toyota New Global Architecture) -based platform, called the GA-C platform, which has allowed for a much (2.5 cm) lower vehicle centre of gravity – a fundamental element in securing better handling.

The benefit of this is supported by a much more rigid bodyshell – a 60 per cent improvement on the current model. This has been achieved using new welding and construction techniques and strategic use of strong but lightweight, high-tensile strength steel.

A new double wishbone rear suspension contributes to better handling and stability, together with increased comfort for passengers. It is tuned to harness the improved performance by reducing body roll and maintaining straight-line stability, so the car is equally adept at handling winding roads or highway cruising.

These qualities combine with improved feedback and responsiveness from the throttle, steering and brakes to significantly raise Prius’ dynamic performance and create a more fun-to-drive character.