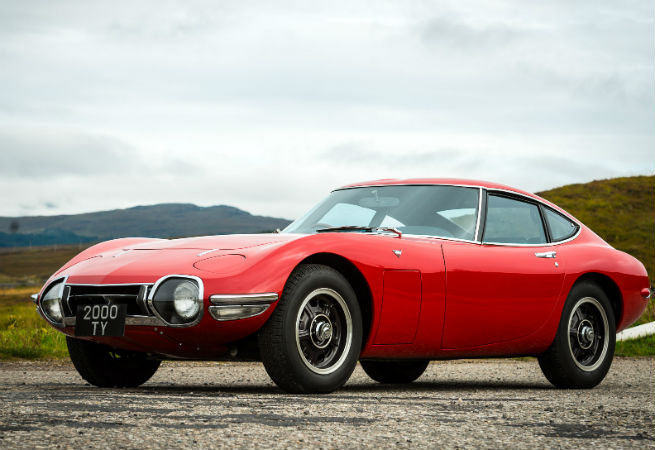 The Toyota 2000GT became world-famous as the star car in the 1960s James Bond film You Only Live Twice, but it seems the life-or-death adventures of this classic sports car – celebrating its 50th anniversary this year – have not been confined to the movie screen. A UK restoration team working to bring one of the ultra-rare models back to pristine condition discovered that at some point in its history a bullet had been fired through the driver’s door.

It’s a mystery that adds to the allure of the car for owner Jane Weitzmann, who shares the story of her treasured 2000GT in a new video that’s helping Toyota mark the model’s first 50 years.

She said: “We don’t have a lot of history on the car, but we did discover during the restoration there had been a bullet hole. It would have hit the driver somewhere in the upper thigh, so that could account for the (crash) damage that had obviously been done to the front end at some point.”

Jane and her late husband wanted to own a 2000GT since they first saw it in the Bond film and were delighted to finally be able to source a car from Japan nine years ago. The restoration has returned it to its original condition and it has taken pride of place in a classic car collection that also includes its ’60s sports car sister, the Toyota Sports 800.

The 2000GT marked a watershed in Toyota’s history, a demonstration of how the company could develop and build a light and nimble contemporary sports car with international appeal. Although it did not achieve a sales breakthrough, it remains a design classic. Its low, compact and muscular lines becoming a reference point for the team which created today’s Toyota GT86 coupe.

“The car is beautiful, the epitome of a proper little sports car with beautiful proportions, perfect engineering, perfect set-up and a lovely car to drive,” said Jane. “It’s the joy of being able to throw her round a corner, knowing she’ll go exactly where you tell her to.”