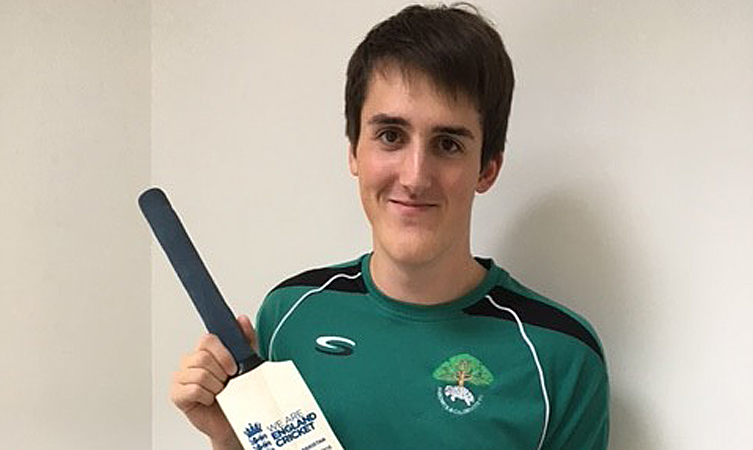 Matt Eastgate, a student from Cambridgeshire, is the winner of the Toyota #BetterCricket competition with his innovative idea of interactive cricket nets.

Matt who studies at Loughborough University, put his mind to finding a way of maximising the benefits of practising in the cricket nets to help sharpen technique and pinpoint where improvements can be made.

Matt’s idea: to light the floor to display target areas in which to pitch the ball and show the appropriate line to bowl on, is similar to the landing lights on a runway. The sensors in the net could also display the bowling speed, calculating how far the ball would travel and at what speed.

As a result of his win, Matt is the proud owner of a cricket bat signed by members of the England team. He also won a pair of tickets for England’s Royal London One Day International against Pakistan and has the chance to meet one of England’s international cricket squad members.

Matt commented: “I’m really happy that my idea has been chosen – it’s one that I know will definitely help my bowling and hopefully others as a virtual field for the batsman. I look forward to being involved with Toyota in exploring how my idea might be developed further within the game.”

Toyota spokesman Stuart Sanders said: “The reaction to our Future of Cricket campaign was fantastic – it was a simple brief that produced a wonderful range of inventive, original and thought-provoking ideas for players and fans alike. Congratulations to Matt for coming up with a clever and innovative idea that would make cricket better and help with cricket training.”