Skip to content
Home Cars & More Older Cars What is the plural of Prius? Vote now! 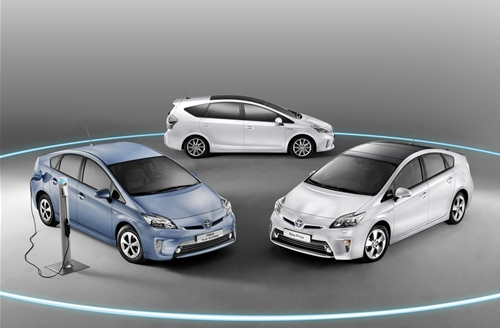 What’s the plural of Prius? That’s the question we asked in 2012 as the acclaimed Toyota hybrid range expanded.

You can vote with your answer on our Facebook page, but before you do, it’s worth doing a bit of research.

We are unveiling two new additions to the Prius family, so where once there was one car, now there are three.

This July, the existing 2012 Prius is joined by the seven-seat Prius+ and the new Prius Plug-in hybrid, the most advanced road car we have ever made.

But while this is great news for Toyota hybrid fans, it’s posing us a problem. Exactly what is the plural of Prius? What should you call a line-up of all three cars?

We’ve even made a video to describe the challenge in detail, which you can watch below.

As you’ll see, suggestions include Priuses, Prium, Pries, Prii, Prien and simply, Prius – but which would you choose?

What, exactly, is the plural of Prius? To help you get started, and to introduce the cars in more detail, we have produced the guide below.

Toyota Prius
With the new generation Prius you’ll find the same Hybrid Synergy Drive coupled with a bold exterior design. The two engines work in perfect harmony to give you a drive with low carbon emissions. If you drive in in electric mode you’ll produce no emissions at all, proving that two engines really are better than one.

Toyota Prius Plug-in
The groundbreaking new Prius Plug-in offers you the best of both worlds: an electric car when you drive short distances, and a hybrid when you’re driving further. So you get two cars for the price of one.

Toyota seven-seat Prius+
The spacious Prius+ has the lowest fuel consumption and CO2 emissions of any seven-seat car on the market. So as your family grows, your carbon footprint needn’t.