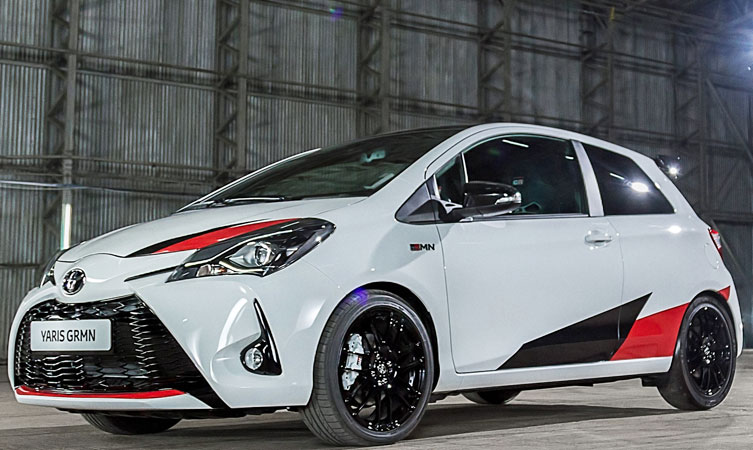 The new Toyota Yaris GRMN will break cover for the first time in the UK this week as one of the star attractions at Carfest North.

The scorching hatchback will have pride of place on the Toyota stand at the family motoring spectacular, a major fund-raising event for Children in Need that is taking place at the Bolesworth Estate in Cheshire from this Friday to Sunday (28 to 30 July).

Its debut comes just the day after the official start of online sales reservations for the model. Demand is expected to be high, with only around 100 examples available in the UK out of a total of just 400 in Europe.

The Yaris GRMN is inspired by the Yaris WRC, the car with which Toyota has made a winning return to the World Rally Championship this year. It will be sporting its signature white bodywork with black and red decals – the competition colours of Toyota Gazoo Racing.

Carfest North is an appropriate location for the car’s first UK outing, as the venue is only a few miles from Toyota’s Deeside plant in North Wales, where its 1.8-litre engine is manufactured. Thanks to supercharging, a high-pressure fuel injection system and advanced tuning, this unit produces an impressive 212hp, making nought to 62mph acceleration possible in around 6.3 seconds.

Yaris GRMN will appear alongside some of Toyota’s most recent new models, including the striking GT86 Club Series Orange Edition, Prius Plug-in and C-HR Hybrid. The massive Polar Hilux, conqueror of the Arctic, is also scheduled to appear.

How can I stay informed about the new Yaris GRMN?

To learn more about the exciting new Yaris GRMN and to register your interest to be one of the first to experience this blistering hot hatch for yourself, please click this link.