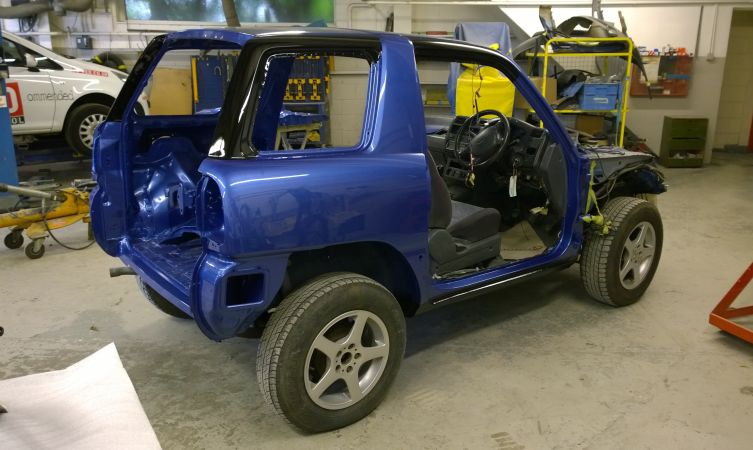 Having been whisked off to a professional bodyshop to restore and repaint the bodywork, work began by stripping our Toyota RAV4 to its birthday suit, so to speak. It was our intention to do a thorough job and root out every last scrap of oxidised metal. 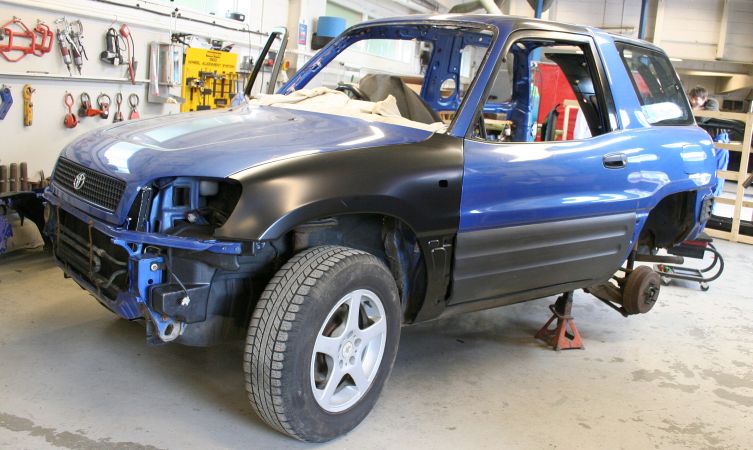 Replacing the bolt-on front wings with new original equipment panels was simple, and the entire lengths of both sills were confirmed once again as being rock-solid. However, further investigation of the oxidised patches that had lurked unseen behind the plastic wheel arch extension on the offside rear quarter panel revealed that rust had spread into the connection with the outer arch. 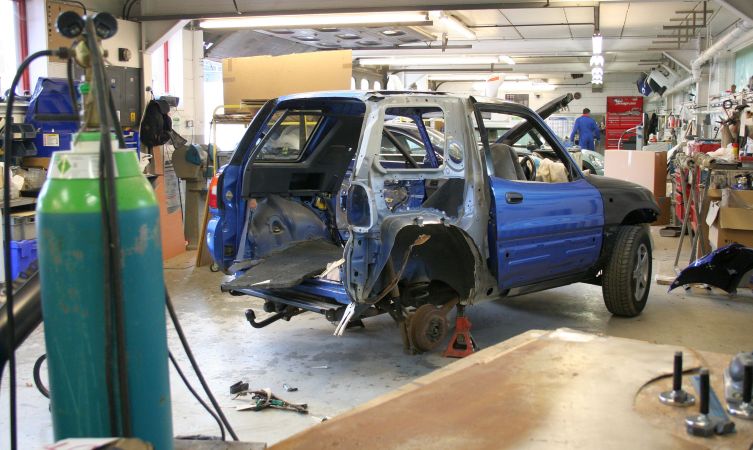 After ascertaining that a new replacement rear quarter was available from Toyota, the original panel was removed in entirety, all the way to its connections to the high-strength reinforcement bars across the roof, and discarded. This allowed easy access to the outer arch, the affected portions of which were cut away so that only clean, fresh metal remained. 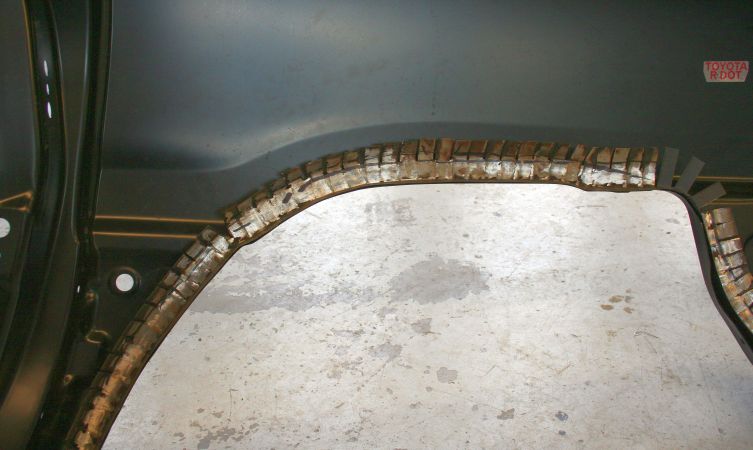 As the rest of the inner arch and inner quarter panel were solid, new metal had to be fabricated to connect the outer arch to the outer bodywork. This was achieved by welding a crescent-shaped sliver of metal around the former to a length of metal tabs around the inner arch radius of the latter. Essentially, the principle of fixing tabs to the underside of an adjacent panel  is similar to that required to build our Toyota GT86 paper cut-outs, albeit on a 1:1 scale. 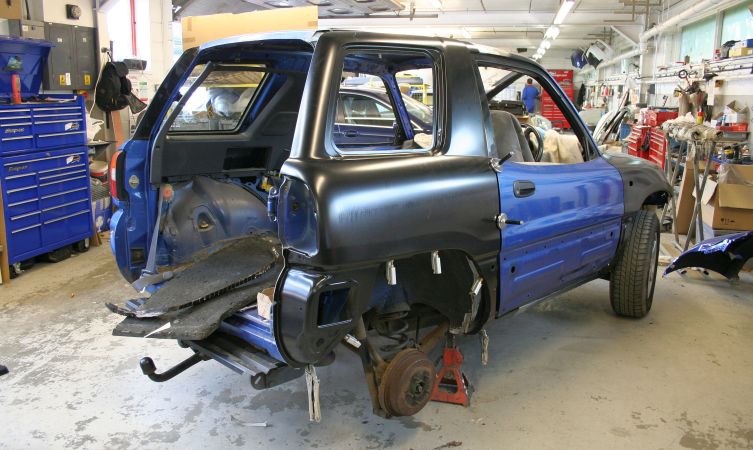 A similar amount of work was necessary on the opposite quarter, only this time restricted to the area around the fuel filler and outer wheel arch. 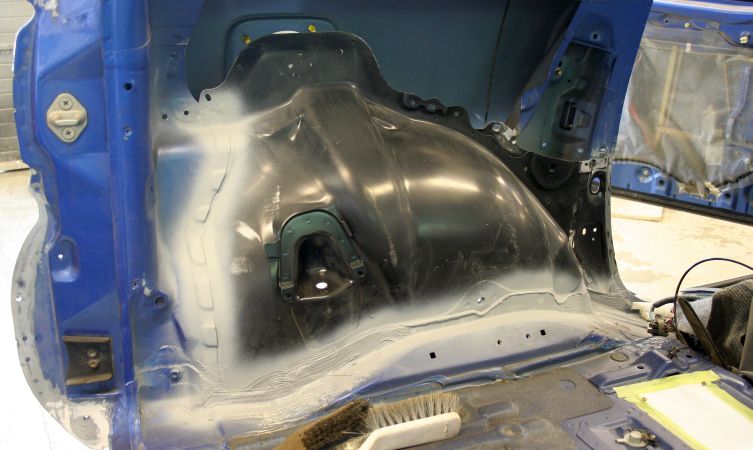 As a much more complex moulding, it was not viable to custom fabricate the area from scratch. Bearing in mind that Toyota supplies the new inner quarter panel and outer arch as one assembly, both sections were removed from the RAV4 after drilling out the spot welds. Meanwhile, access to these areas was improved by chopping off the bottom of the outer rear quarter. 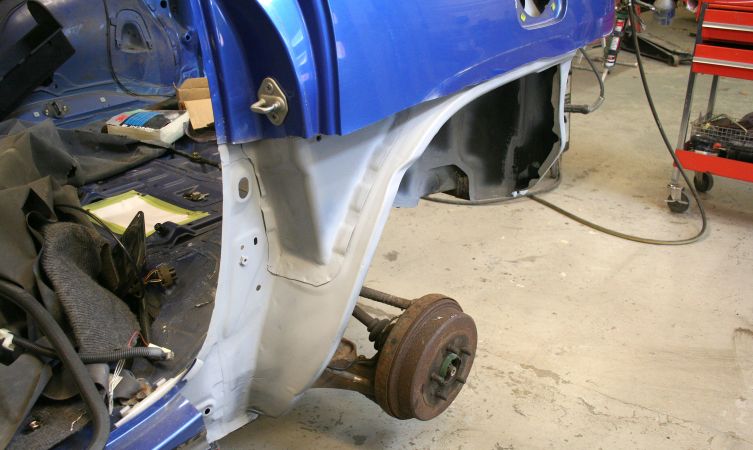 With both rear quarter panels now restored and totally solid with fresh new metal, the replacement roof panel and missing reinforcing cross-member were set in place and spot-welded all the way along the roof channel using the same number of connections as Toyota originally intended. 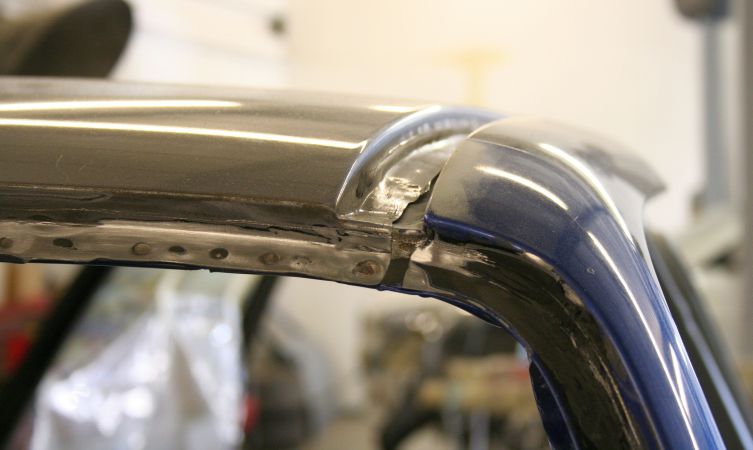 A full respray in the original Bright Blue Metallic (code 8K4) paintwork put the crowning glory on our restored Toyota RAV4. But before the factory paint was rubbed back and primed, photos and careful measurements were taken of where the gloss black accent colour cut across the pillars and rear door so the two-tone finish could be accurately replicated. 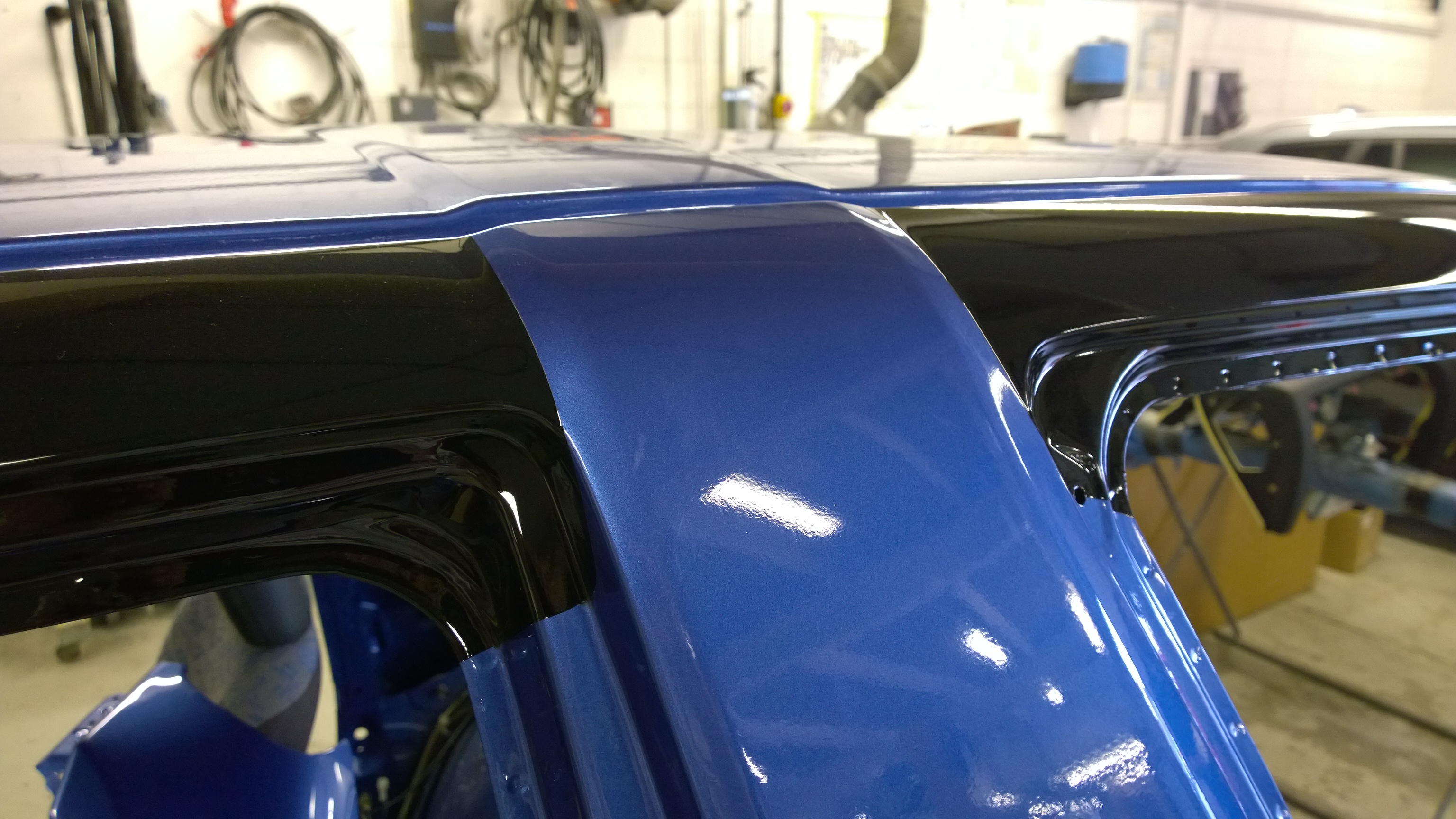 The body restoration of our Toyota RAV4 was now complete, and thanks to the fabrication skills of the bodyshop it looked as fresh as the day it left the Motomachi plant over 20 years ago.

On its return to our press garage the car was refitted with its new trim and mechanical parts, put through an MOT test – which it passed with flying colours – and given new ‘GS’ badges to adorn the bottom of the B-pillars.

Look out for the fourth and final instalment of our RAV4 restoration posts to see the car back in its element – both on and off the road.