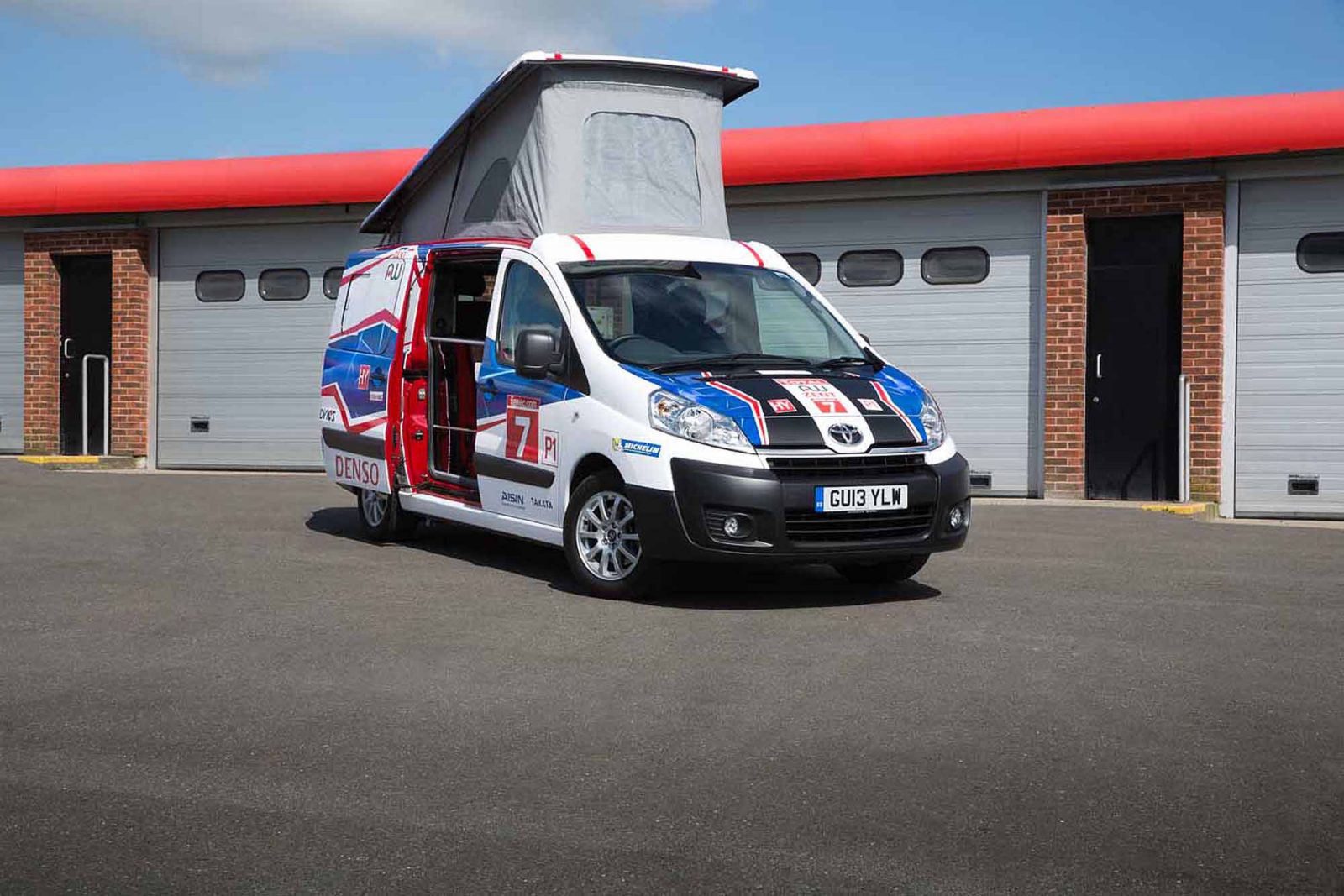 Two new Toyota vehicles are making their Le Mans race weekend debut this week. Out on the track, Toyota Racing’s 1,000hp TS040 Hybrid will contesting the 24-hour race for the first time. Deep in the official camp site, the Toyota PRO40 camper conversion will be put to the test as a home-from-home for a team of journalists.

Based on a standard Toyota Proace van, the Toyota PRO40 camper has been transformed by specialists G&P into four-berth accommodation, complete with gas hob, fridge-freezer, microwave oven, TV and water supply.

The Toyota PRO40 camper’s specification makes it an ideal haven from the rigours and rain that too often turn big sporting events and music festivals into ordeals of human endurance.

The Staffordshire-based firm has used skills built up through years of Toyota conversions to show just what can be achieved with the new-generation mid-size Proace van. Clever use of space throughout has ensured the PRO40 is comfortable as well as practical.

Gez Clifford, G&P proprietor, said: “We have been converting Toyota Hiace vans for about eight years and when Proace was released we became the sole UK conversion specialist to turn it into a four-berth camper.

“We revealed it for the first time at last year’s Motorhome and Caravan Show and is has been widely admired. We are immensely proud to have been approached by Toyota to produce the bespoke PRO40 campervan for Le Mans.”

Although the PRO40 has been created to Toyota’s own specifications, customers can achieve a similar conversion for around £12,000, plus VAT. G&P worked with the long-wheelbase Proace, with standard roof height. The PRO40 is powered by a 126bhp 2.0-litre turbodiesel engine.

There will be no mistaking the Toyota PRO40 camper on the road as it has been finished in the same racing livery as its sportscar sister model.

Contents correct at the time of publication.