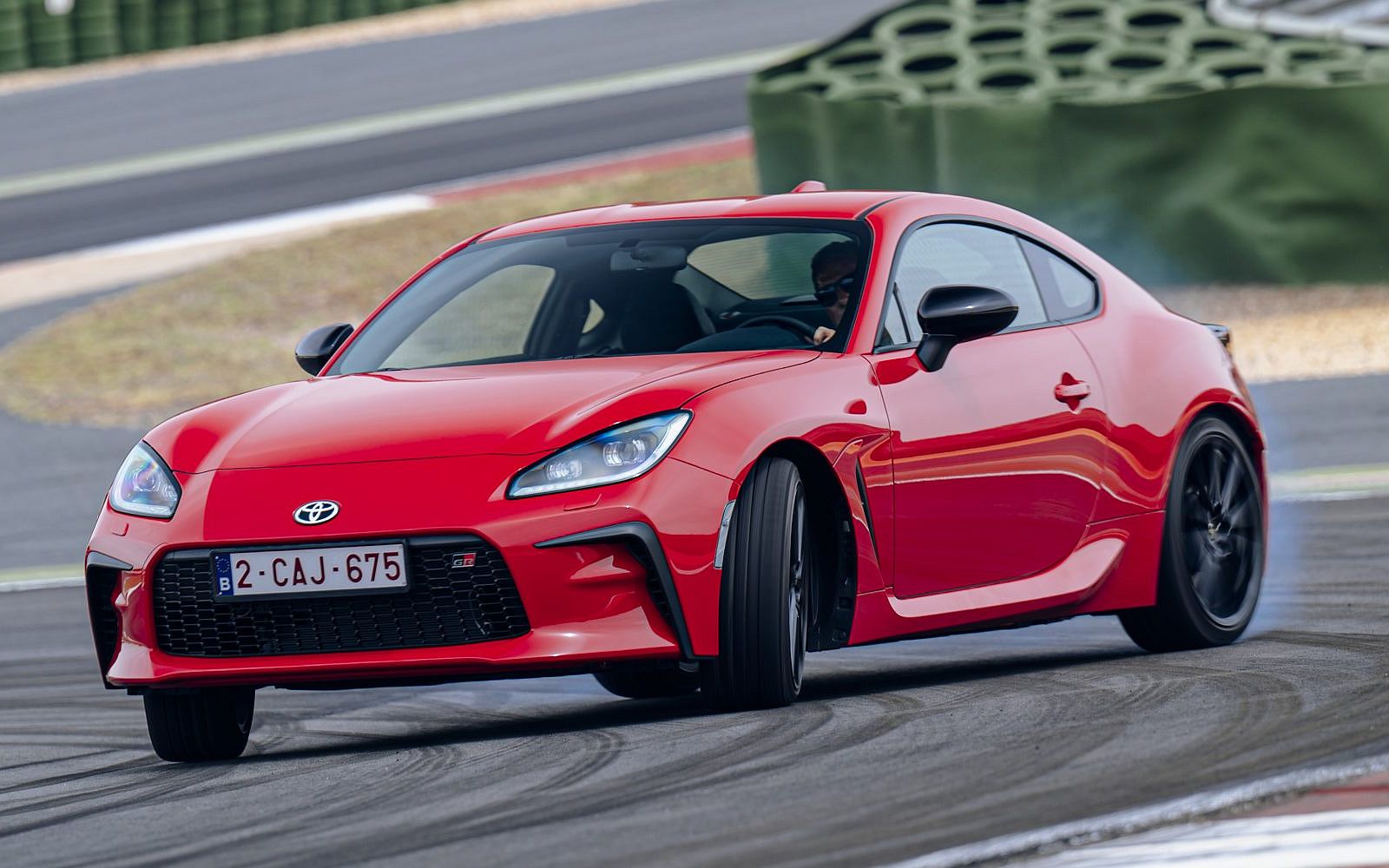 The Toyota GR86 is our second-generation 86. It will soon join the GR Yaris and GR Supra as the third – and most affordable – model in our global GR line-up.

Selected UK motoring journalists were recently invited to get to grips with this eagerly anticipated new rear-wheel drive sports car ahead of its arrival in the UK. Although the examples they tested were left-hand drive and the experience was limited to a Spanish race circuit and the roads around Seville, what did they think of our next-generation coupe?

Below is a selection of excerpts from their first-drive reviews, which include a numerical rating where applicable. To read the full online reports, click on the emboldened links.

“For anyone who has paid their £1000 deposit, well done. As the GR Yaris has already shown, if you build something that grips the imagination of ‘ordinary’ petrolheads and price it sensibly, demand can outstrip that of every supercar on the planet combined and then some.

“One of [its important attributes] is the car’s ability to ride the line between grip and slip with balletic ease, even on dry asphalt. If anything, the added stiffness at the rear might make the GR86 even more playful than the GT86, which is saying something. You could own this car, never get above 60mph and still experience all it has to offer. The set-up is… exceptional.”

“In all the ways that matter for a sports car, the GR86 has been improved. Most notably, under the bonnet. It displaces 2.4 litres, up from 2.0, providing a useful uplift in power to give a new figure of 231bhp. You also get 250Nm of torque, but what’s arguably more important than the increase is where the peak figure arrives – from 3,700rpm, instead of 6,600 in the GT86.

In the GR86, Toyota has all but perfected the already very good sports car that was the GT86, while keeping true to that car’s values

“There’s an unbridled joy to the way the GR86 covers ground, with its playful nature and a sense that it won’t bite if you do the wrong thing. It effectively stands in a class of its own – but I’ve never come away… with as big a grin as was generated by the Toyota.”

“The GR86… delivers the feedback and rear-wheel drive balance keen drivers crave in a package more focused and serious than [another car] you might also consider for this money.

Looking for a final petrol-fuelled fling before going electric? Toyota is here to the rescue

“With the limited UK allocation of cars already sold out there’s clearly a small but passionate following for cars like this, those lucky enough to secure one getting a great return on their investment, both financially and in terms of sheer fun.”

“The electric power steering is light but laser-accurate and there’s very little body roll, the GR86 settling quickly into a pancake-flat stance. You feel the low centre of gravity in every movement, and feel very much in tune with the car’s every movement. It’s responsive, yet predictable.

This is a great sports car. And apart from making the 86 a greater entertainer, the evolution into the GR has made it more well-rounded and usable

“The extra torque means the 86’s playfulness can be unlocked more easily and smoothly – oversteer is instigated much earlier and more precisely, and once it’s sliding, it’s easier to keep it going. And when you’re not being a hooligan it has a lovely neutral balance – very little understeer, positive front-end response and an eagerness to change direction without ever feeling nervous or spiky, even with the stability control turned off.”

“With the [camouflage] wrap gone PH can confirm that the GR86 is comfortably better looking in the flesh than the GT86. Toyota’s far-reaching nip and tuck manages the tricky job of supplying a thicker-set coupe without diluting the crispness of its underlying design. In fact, the GR86 has been made to look sharper and a whole lot more purposeful.

“There is no facet that doesn’t seem enhanced to the point of near perfection. Few rivals… do a better job of conveying the adhesive limit of its contact patches. The clarity of feedback is simply too good and the cohesiveness of the response too obvious for it to unnerve. What it does instead is… endlessly flatter whatever it is you might be doing.”

“The GR86 takes the GT86’s philosophy and basically makes each and every component a little bit better. [It] is one of 2022’s very best cars. The antidote to overpowered, overweight, overcomplicated so-called sports cars.

Toyota’s not been dissuaded from its crusade to build a car that puts ‘woah that’s fun’ cornering above ‘wow that’s fast’ acceleration.

“Able to deliver real-world giggles at an affordable price, but improved in key areas over the GT86 – the torque, the looks, the on-the-limit handling. If you’re getting one – wherever you live – you’re buying a car that’ll become a classic in its own lifetime, and one of the very best machines Toyota has ever built.”

“The basic recipe remains the same as for the GT86, combining a revvy naturally-aspirated petrol engine up front with lively rear-wheel-drive handling to draw a wide grin on the driver’s face.

Now there’s a little more grip to go with the extra power, the GR86 feels more predictable and more on your side.

“The engine still… needs working hard to get the best out of it, but it’s now far more rewarding when doing so. It pulls strongly from the middle of the rev range up to the red line, accompanied by a suitably loud and pleasant engine sound. The six-speed manual slots into gear nicely, requiring just enough effort to be involving for the driver.”

Learn more: Why is the GR86 only on sale for two years?