The all-new Toyota C-HR is a bold step for Toyota, and one that establishes a new direction amongst mid-sized crossovers. The C-HR manages to differentiate in a competitive segment thanks to its striking coupe-like design, its premium styled interior and the dynamic driving experience it offers.

For those customers who want to take the C-HR’s bold styling to the next level, a number of Japanese tuning firms have released a broad range of modifications and aftermarket parts for the car.

Toyota’s in-house tuning company, TRD or Toyota Racing Development, has designed two new kits for the C-HR. Both give the coupe high-rider a very different impression.

The second kit is named ‘Aggressive‘. This has more of a Japanese street tuning influence, and as the name suggests makes the C-HR look more menacing thanks to a front spoiler with integrated LED lights, front bumper garnish, side skirts, rear bumper spoiler/diffuser, rear boot spoiler and 18-inch black multi-spoke alloy wheels. 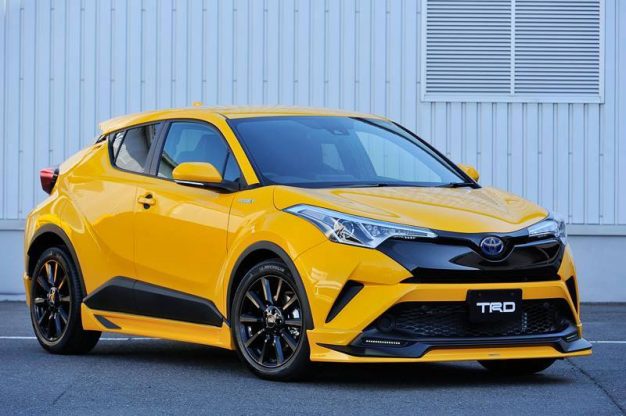 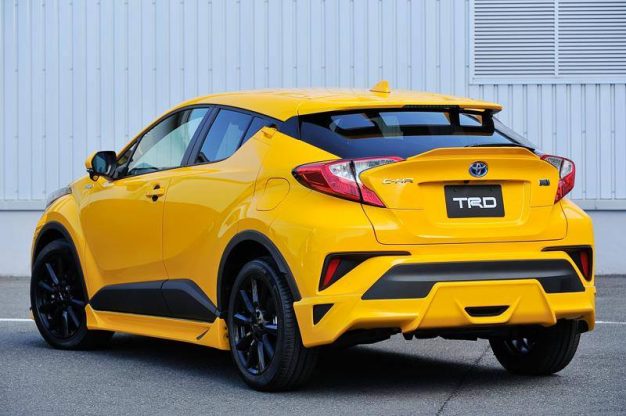 Other parts available from TRD include sports seat covers, a motion control beam for the suspension system, a tyre pressure monitoring system, a start/stop ignition button and door handle protectors. 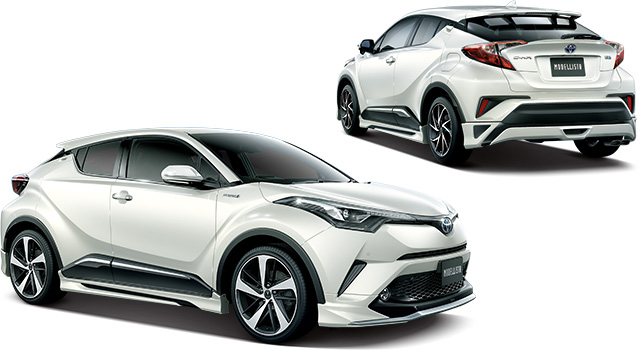 The first is the ‘Elegant Ice Style’ kit which lowers the overall profile of the car thanks to the addition of a front spoiler, side skirts and a rear skirt. Other touches include a square dual chrome style exhaust tip, chrome accents on the mirrors, doors and door handles and a choice of 17- or 19-inch alloy wheels. 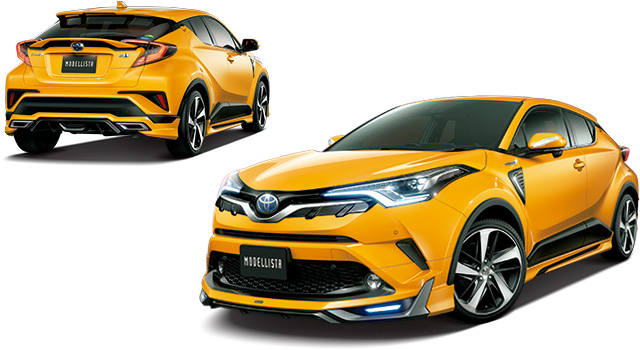 Although labelled a work-in-progress, Kuhl-Racing has revealed an aggressive styling kit for the C-HR. It comes complete with a lower profile thanks to the front spoiler, side skirts and a floating rear diffuser. The car’s suspension set-up has also been considerably lowered and cambered as it sits on a set of deep dish Verz-wheels with black centres and a chrome lip. 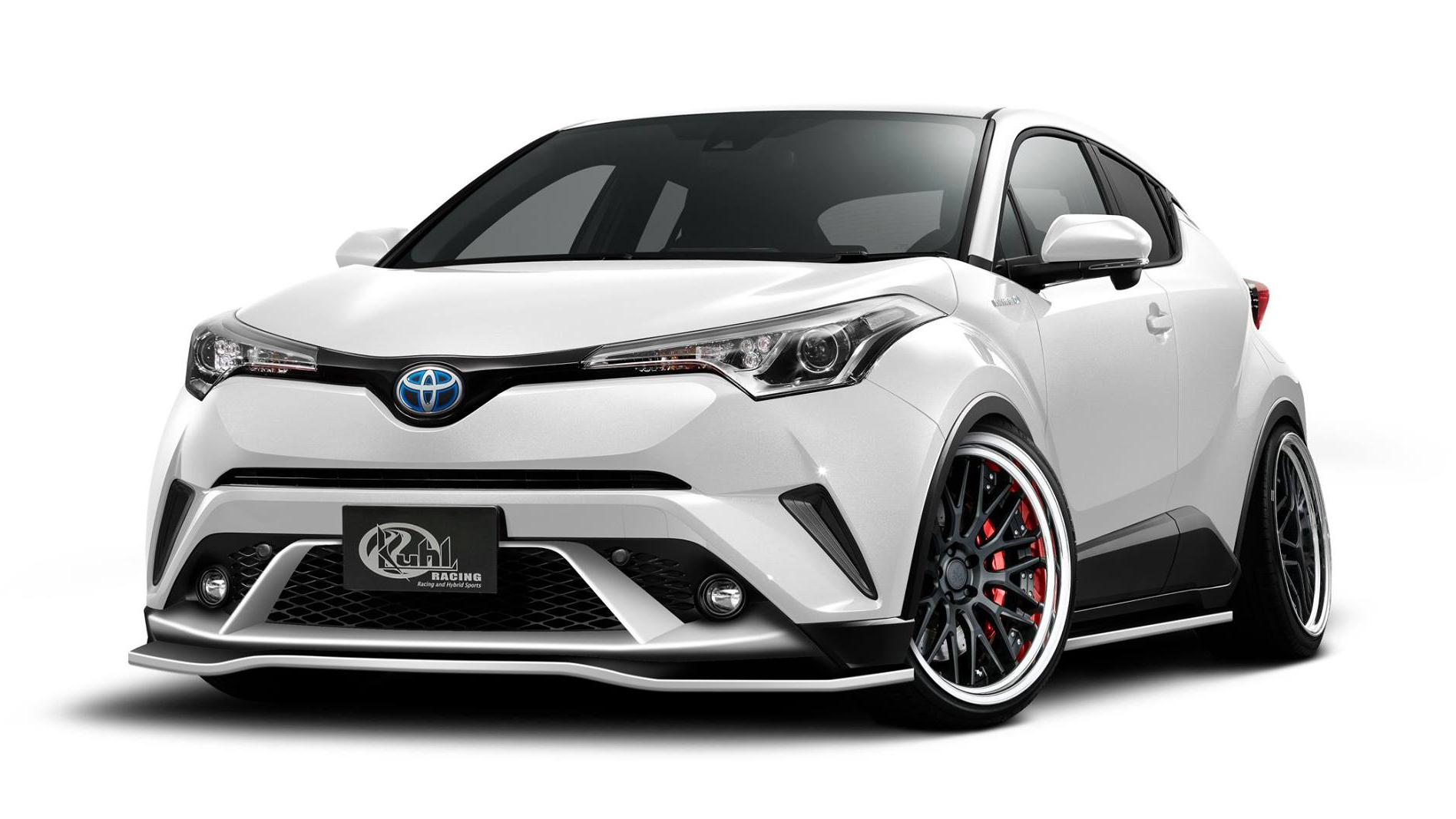 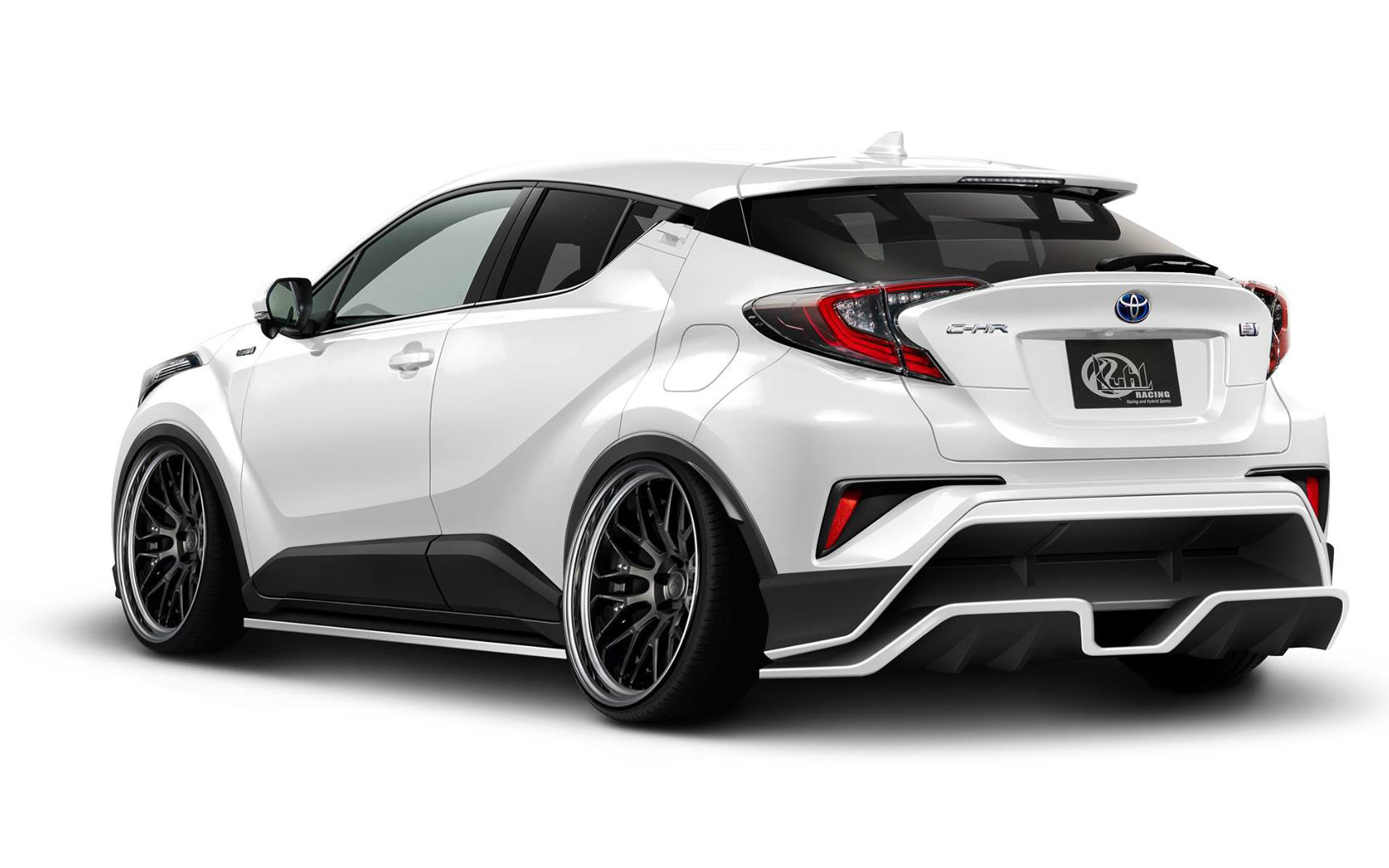 TOM’S Racing is known for its work tuning Toyota and Lexus cars, although this take on the C-HR is a much more subtle offering than those previously mentioned. It comes complete with a neat front spoiler, understated side skirts, small rear spats, lightweight multi-spoke racing wheels and a tasteful dual exhaust, with twin exits on either side.