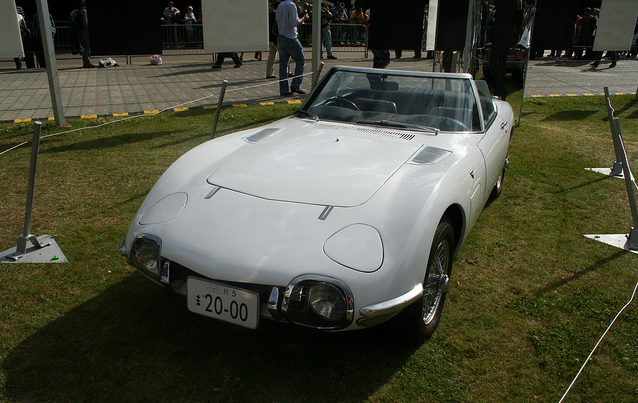 Bond is back! The 25th James Bond film, No Time To Die, is in the cinemas now and has revived interest in the debonair British spy. What better time to remind you of James Bond’s Toyota 2000GT, which featured in the movie You Only Live Twice, the fifth in the Bond series, way back in 1967.

Appearing in the midst of the Swinging Sixties, James Bond’s Toyota 2000GT, predominantly driven by main female star Akiko ‘Aki’ Wakabayashi in the film, was no ordinary 2000GT, if indeed there is such a thing! Even Daniel Craig, who plays Bond in No Time To Die, has hailed the 2000GT as his personal favourite Bond car.

Thanks to the experts at CommanderBond.net and 2000GT.net, we can share ten interesting facts about the first Toyota supercar and its place in the 007 canon.