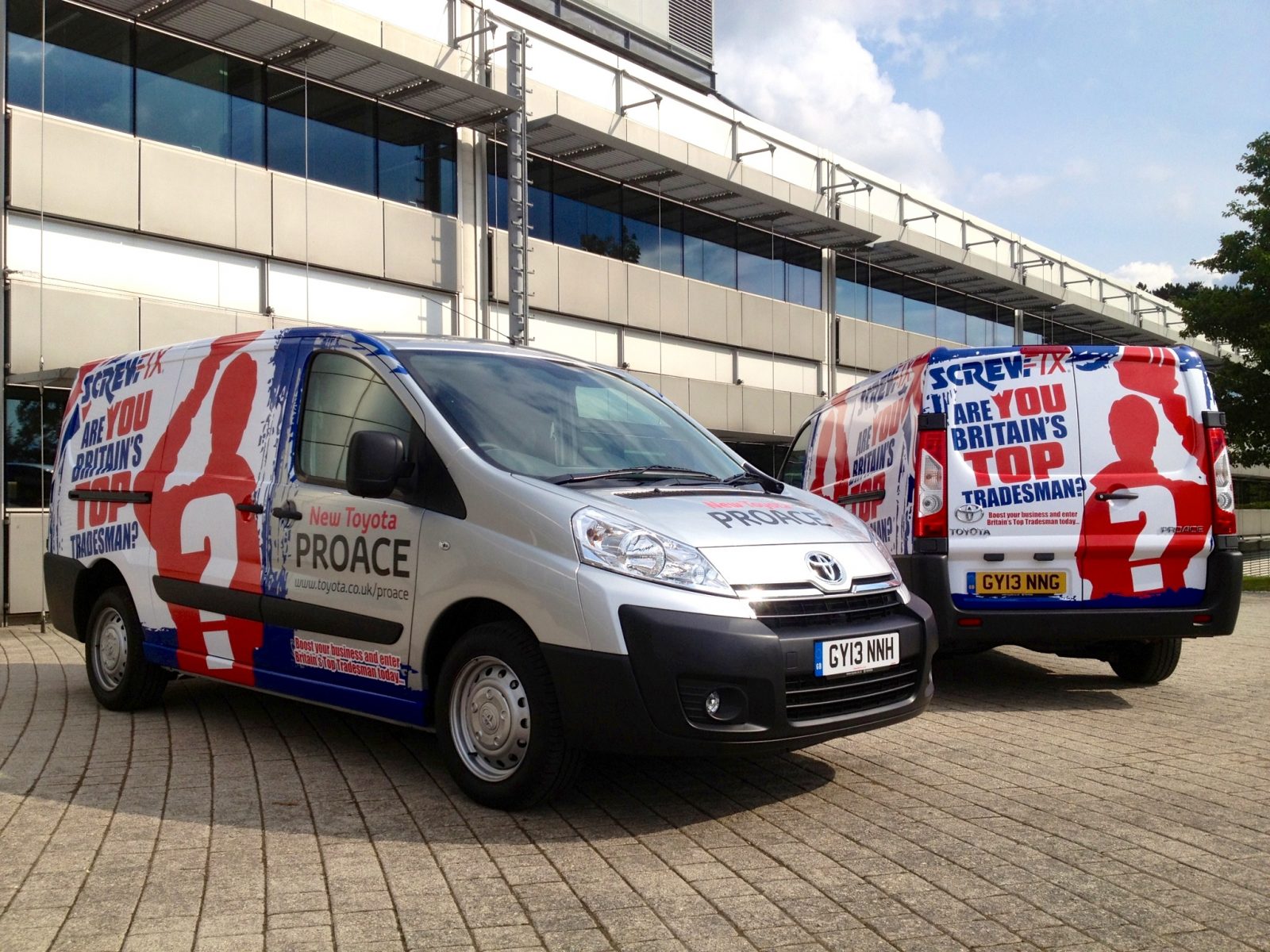 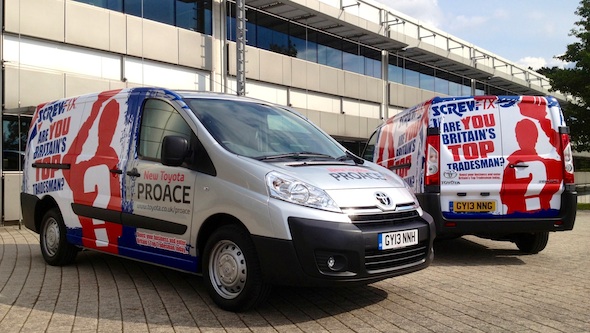 The Screwfix Britain’s Top Tradesman competition is heating up as the nation’s most skilled plumbers, electricians, and joiners have entered the fray to put their expertise to the test to win a brand new Toyota Proace.

To mark the competition’s regional semi-finals, the Toyota Proace will be appearing at selected Screwfix stores over the next two weeks – and could help you win money off at the trade and DIY supplier.

For your chance to win £50 in Screwfix vouchers, simply take a picture of the Toyota Proace stationed at one of the venues and tweet it to @ToyotaGB on Twitter. We’ll randomly select one winning entry each day – so entering couldn’t be simpler.

Here’s the list of Screwfix stores where the Proace will be appearing: