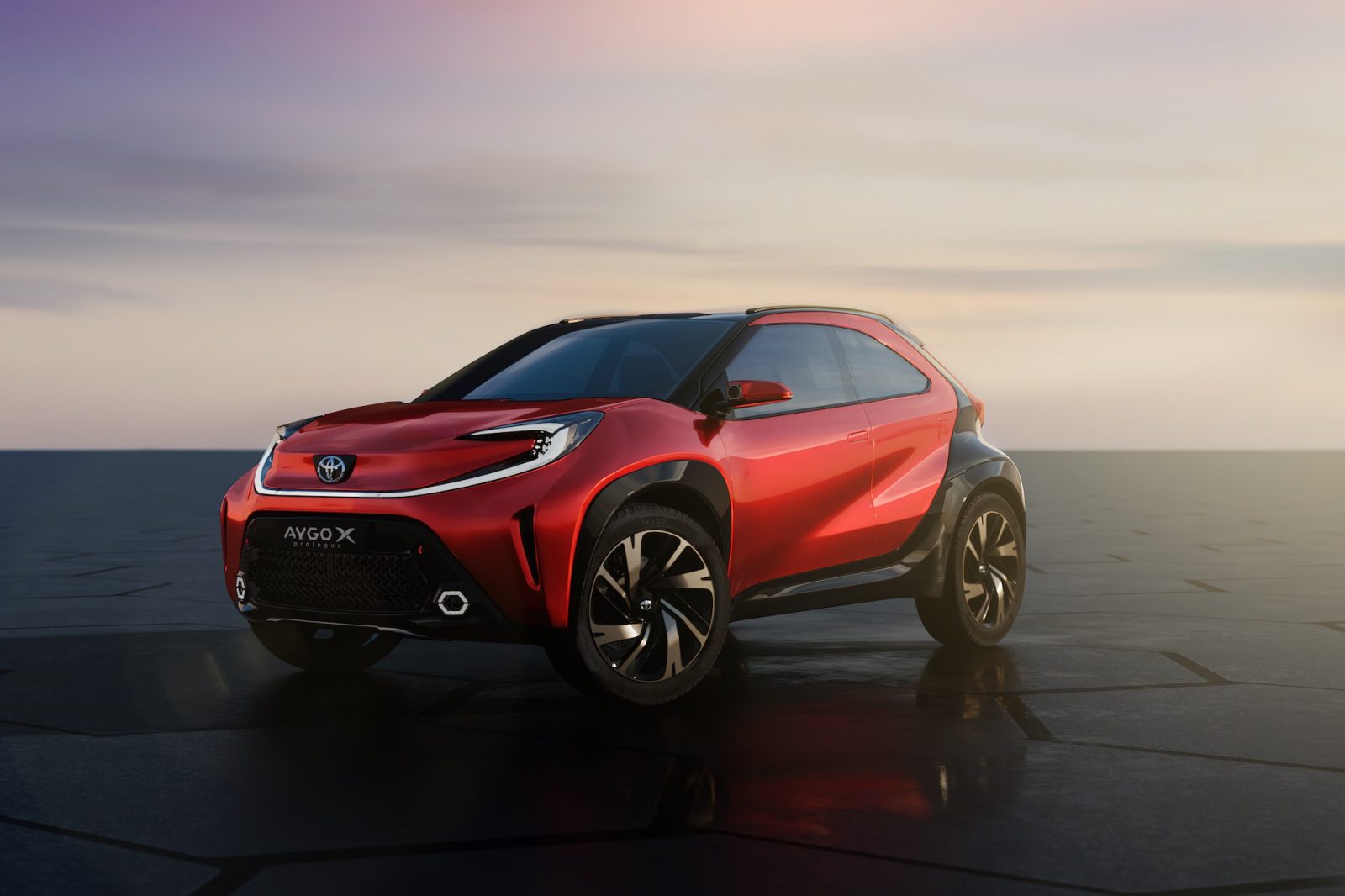 This is the new Toyota Aygo X prologue, a design study concept to give a new perspective on the city car segment. Pronounced ‘cross’ prologue, this concept aims to add even more boldness and spice to the Toyota Aygo, a model which is has been consistently recognised for its bold, stand-out design in the A-segment class.

For most of the 21st century, Toyota has been a leader in the European A-segment and has committed to the future of this part of the market. To do so, Toyota tasked ED2 (Toyota’s European design headquarters in the South of France) with looking at it with a fresh set of eyes, imagining and defining what it could offer to meet customers’ needs and desires and prove that cars traditionally referred to as an “entry point” can still deliver a stand-out design.

“With the Aygo X prologue, I believe we’ve demonstrated that a small car can still be big and bold in personality,” said Ken Billes, Assistant Chief Designer at ED2.

Since its introduction in 2005, Aygo, Toyota’s most accessible car, has charmed youthful, progressive customers with its sense of playfulness and fun.

“These qualities have always been at the heart of Aygo. Now we have added an extra pinch of hot spice,” said Lance Scott, Design Director at ED2.

Appealing to a style-conscious audience, Aygo’s lively character and engaging driving dynamics have attracted many new European buyers to Toyota. But its stand-out qualities depend on always keeping ahead of the competition. More than ever, new Toyota customers are looking for flair, distinctiveness and the chance to make a personal statement. ED2 set out to design a car specifically for them, building on Aygo’s position as a style icon in its segment.

The Aygo name has always symbolised personal freedom and mobility. With the Aygo X prologue, a cheeky, mischievous element is added to the mix. It’s just as much fun, but with an added edginess. It expresses its attitude from every angle, with a strong personality and even stronger stance. With the size of the wheels bumped up, the driver enjoys a higher eye-point for better visibility and the car has improved clearance for whatever the road might bring.

The Aygo X prologue’s mischievousness stands out, whether viewed from the front, rear or side. A bi-tone execution creates a graphic profile that grabs the attention on the street, emphasising the car’s readiness to leap forward. A new, wedged roofline also increases the dynamic feeling and stronger sporty image. Set lower to the ground, the large grille, fog lights and skid plate all build on a hexagon design theme and show that this is a car that’s ready to go, anywhere.

There are further features that are practical and appeal to the free-spirited. A rear skid plate has a bicycle holder mount for those who want to escape from the everyday, while the door mirror houses an action camera for capturing and sharing special moments of exploration.

An integrated roof rack accentuates the car’s profile and creates a visual link with the hexagonal tail lights – a subtle reminder of Aygo’s design essence.

In life, colours are central to our emotions; this is also true for the Aygo X prologue. To bring the “spicy” concept to life, certain ingredients presented themselves, foremost among them chilli, ginger, wasabi and black pepper, with chilli the spiciest of them all. Using a bi-tone finish provided a further invitation to take colour balances to another level, while a fine sprinkling of metallic blue flakes in the paint adds a dazzling effect that makes the colour fully deserving of its name Sparkling Chilli Red.

“I am a customer as well as a designer, so I helped design the Aygo X prologue to be the car that I wanted, for me,” said Momoko Otawara, Colour and Finishing Designer at ED2.

To stay informed about the latest news and developments regarding the Aygo x prologue then click here.