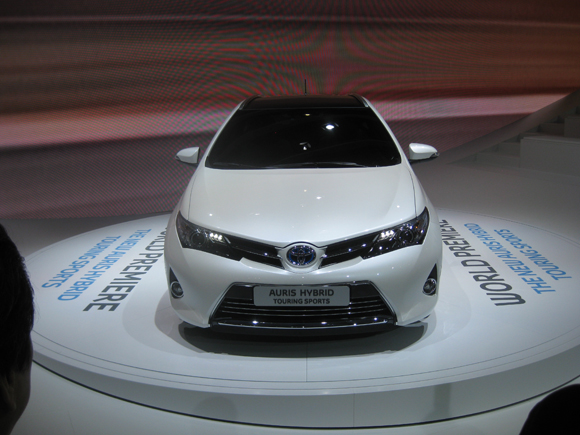 The Toyota Auris Touring Sports has been shown for the first time at the 2012 Paris Motor Show.

With its spacious boot, it’s 285mm longer than the five-door Auris hatchback. It’s also the first family estate to utilise a full hybrid powertrain, and the first to wear the Auris badge.

Following the all-new Auris hatchback, which is also making its public debut in Paris, Auris Touring Sports will go on sale in early 2013.

The designers behind Auris Touring Sports say they’ve been careful to maximise load-carrying ability without harming the car’s exterior styling and driving dynamics.

It has the same 2,600mm wheelbase as the hatchback – the additional 285mm comes at the rear, to boost loadspace.

The side glazing extends across three panels, with gloss black B-pillars, and is underscored by a chrome-accented trim above a rising belt line crease.

The bumper and tailgate have a new design, with the sill set 80mm lower than on the hatchback to improve access to the loadspace. 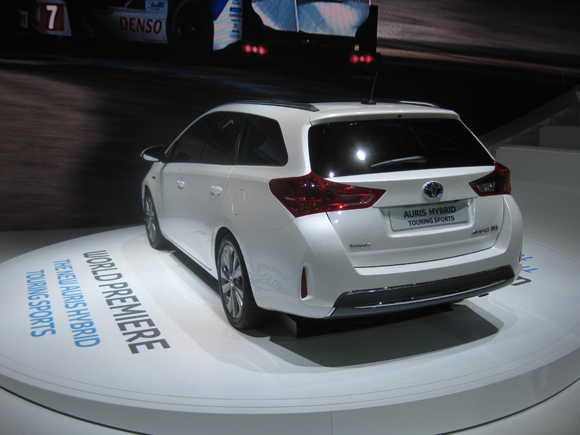 The line-up will comprise entry-level Active trim, mid-range Icon and Sport models, and flagship Excel. The engine range will include 1.33 Dual VVT-i and 1.6 Valvematic petrol and 1.4 D-4D diesel units. The petrol-electric Auris Hybrid with Hybrid Synergy Drive will also be available at launch.

Auris Hybrid Touring Sports uses an E-CVT automatic., while all other cars are fitted with a six-speed manual transmission. Toyota’s Multidrive S CVT automatic is offered as an option on the 1.6 Valvematic.

The 1.33 Dual VVT-i engine will be available in Active and Icon grades; the 1.6 Valvematic in Icon, Sport and Excel; and the 1.4 D-4D in all trims. Auris Hybrid will be offered in Icon and Excel versions.

Stay tuned to Toyota Blog for more detail on the car and images from the Paris Motor Show, including the Toyota Auris, Toyota Verso and the TRD GT86. 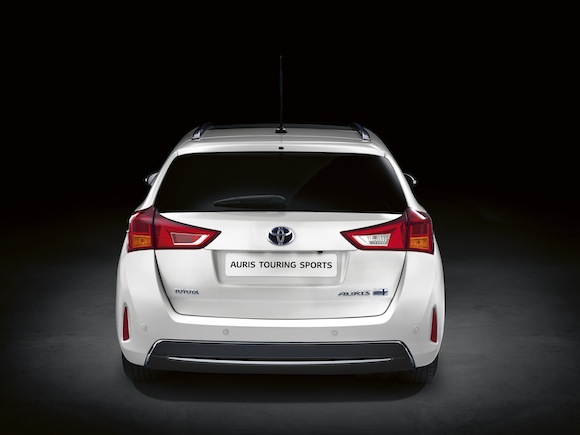 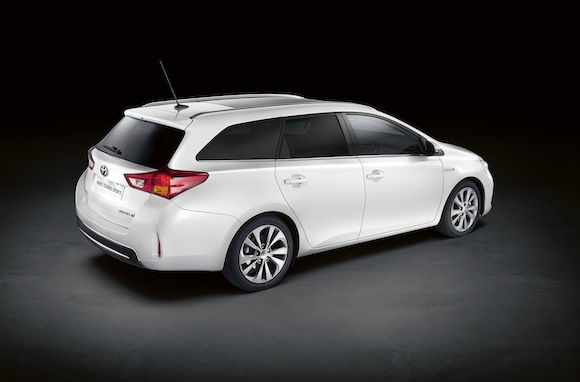