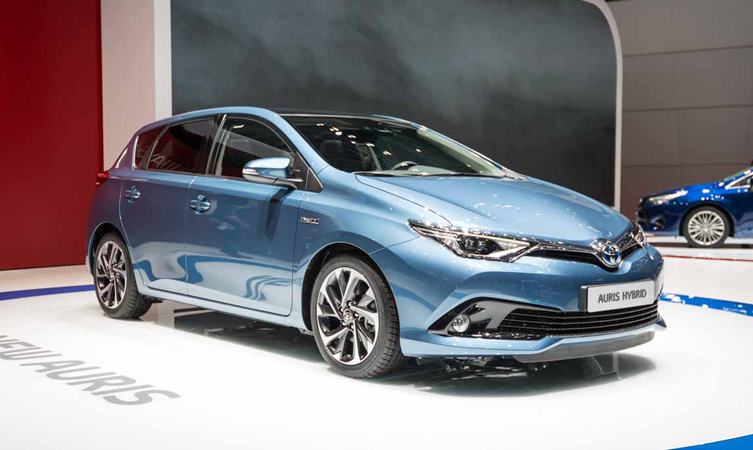 The new Toyota Auris has been revealed ahead of the Geneva motor show, increasing the appeal of the Auris range of hatchbacks and wagons to reach a wider range of customers, offering new or revised diesel, petrol and hybrid powertrains, updated equipment specifications and new safety equipment.

The original Toyota Auris Hybrid was launched in 2010, becoming the first and only manufacturer to offer a choice of three powertrains in the compact/family car market. Today, with limited and more expensive competition, the extensive Auris range remains a unique proposition.

All versions of Auris – hatchback, hybrid and the Touring Sports wagon – continue to be built by Toyota Manufacturing UK at its Burnaston plant, near Derby.

The hybrid model currently accounts for more than 50 per cent of all Auris sales in western Europe, a share that’s expected to increase over the next few years. Since the hybrid joined the range, more than 200,000 have been sold and today Auris attracts more sales than any other hybrid on the market.

The 2015 Auris range reflects the changes in this highly competitive market and feedback from Toyota customers with significant improvements in five key areas: design, sensory quality, the hybrid model, safety and (increasing the model’s segment coverage by about 40 per cent) powertrains.

An all-new 1.2-litre direct injection turbocharged engine joins the existing petrol line-up. There is a new 1.6-litre D-4D and the 1.4-litre D-4D has been substantially upgraded to give best-in-class CO2 emissions in the 90bhp power category.

Every engine in the range now meets Euro 6 emissions regulations.

The refreshed exterior styling presents a new-look front and rear, giving Auris a more prestigious and sophisticated road presence. On board, the sensory quality of the cabin has been significantly raised with a redesigned dashboard, premium quality trims and surface finishes and a new 4.2-inch colour TFT multi-information screen (on all hybrids and higher grade models).

The 2015 Auris range further benefits from suspension and steering revisions to improve ride comfort, handling and driver involvement. Numerous measures have also been introduced NVH transmitted into the cabin.

Finally, the grade structure has been revised to bring Auris Hybrid into line with the rest of the range. Details of UK market specifications will be announced later.