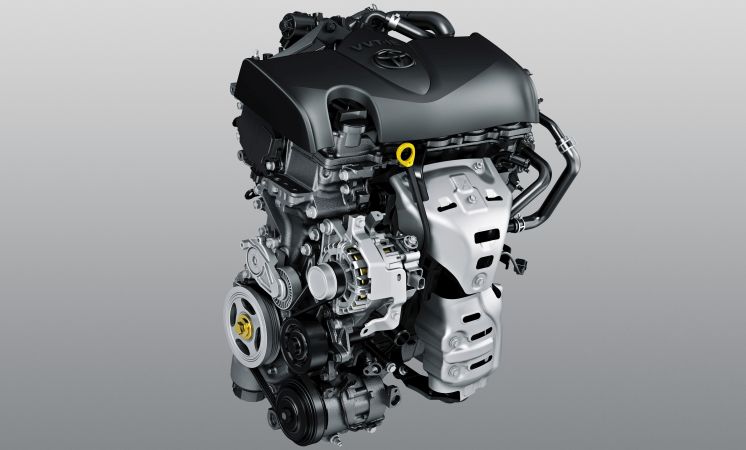 Toyota is introducing a new 1.5-litre four-cylinder petrol engine to the Yaris range to replace the current 1.33-litre unit. It will offer not only more power, more torque and faster acceleration, but also improved fuel economy and lower CO2 emissions.

Developed in anticipation of the future Euro 6c emissions standard and RDE (Real Driving Emission) homologation requirements, it is a member of Toyota’s ESTEC (Economy with Superior Thermal Efficiency) engine family. It benefits from new technical features that deliver better performance and a more enjoyable drive, while at the same time achieving a reduction of up to 12 per cent in fuel consumption, under current NEDC official test criteria.

In Yaris the naturally aspirated 1,496cc engine develops a maximum 110bhp/82kW and peak torque of 136Nm at 4,400rpm. Its responsiveness ensures a comfortable drive both in urban traffic and on the open road. Compared to the outgoing 1.33-litre unit, it is 0.8 seconds quicker to accelerate from 0-62mph (11.0 versus 11.8), while at overtaking speed the improvement is more than a second, moving from 50 to 75mmph in 17.6 seconds compared to 18.8.

Toyota’s world-leading experience in hybrid powertrain technology has proved valuable in addressing the challenges presented by the new Euro 6c emissions standard and RDE homologation cycle. This is witnessed in the new engine achieving a 38.5 per cent thermal efficiency value, placing it among the best on the market. It has been achieved by using a high 13.5:1 compression ratio, adopting a cooled exhaust gas recirculation (EGR) system and extending the variable valve timing operation so the engine can switch between Otto and Atkinson cycles to gain optimum efficiency in different driving conditions.

The higher compression ratio has been made possible by the combustion chamber design and new pistons, which promote a homogenous air/fuel mixture and rapid combustion. Cooled EGR reduces combustion temperature and also helps prevent the occurrence of engine knocking. Furthermore, the volume of reinjected inert gases allows for a reduction in pumping losses at low and medium loads, improving overall engine efficiency.

The adoption of a new Variable Valve Timing – intelligent Electric Motor (VVTi-E) system allows the engine to switch between Otto and Atkinson cycles (and vice-versa) in a fraction of a second. Controlled electronically, closure of the intake valve is delayed, reducing the compression phase and further helping reduce pumping losses (Atkinson cycle), and enabling a prompt return to the Otto cycle for better performance under high loads. The phase shift of the exhaust camshaft is hydraulically controlled.

The engineers also focused on improving fuel consumption at sustained motorway cruising speeds, leading to the introduction of a new water-cooled exhaust manifold. By limiting the gas temperature, this avoids the need for mixture enrichment to reduce combustion temperature at motorway driving speeds. As a result, both fuel consumption and exhaust emissions are reduced.

In common with other Toyota ESTEC engines, the 1.5-litre unit benefits from the latest measures designed to reduce friction losses.