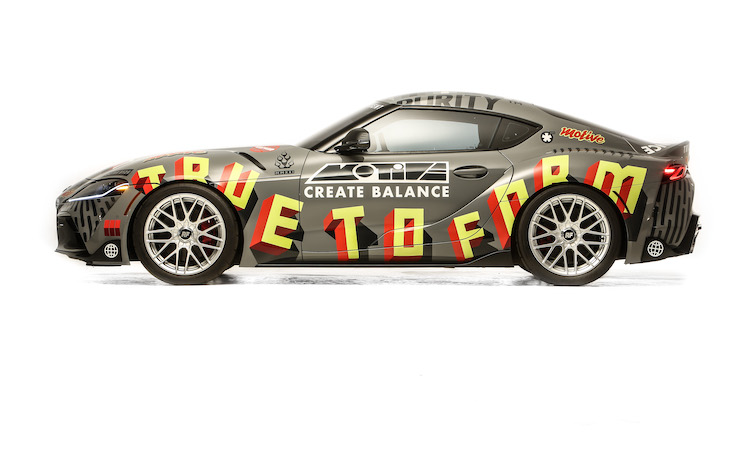 The annual SEMA Show in Las Vegas – the world’s biggest aftermarket car show – is sadly one of many auto show casualties in 2020. Undeterred, the event organisers, the Specialty Equipment Market Association, have laid on a virtual show called SEMA360 for the tens of thousands of auto technicians, restorers, customisers, media and other professionals who normally attend. Toyota is one of several regularly exhibiting car manufacturers supporting the online initiative and, just like in a normal year, the company has gathered a number of custom car and truck builds to exhibit at SEMA360. These special vehicles are being revealed in two waves: one in November, with the second to follow a month later. The first wave includes modified GR Supras and an impressive pickup. 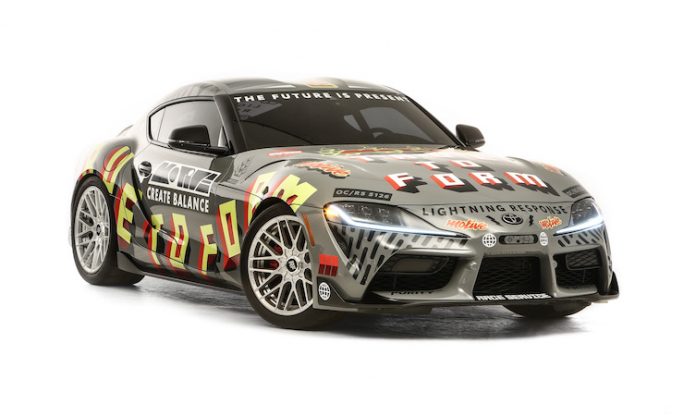 The first of the modified GR Supras is a rather unique one. In an age when vehicle wraps are the norm, perhaps the most remarkable of the Toyota show cars is the Ornamental Conifer GR Supra, a hand-painted work of art created by Ornamental Conifer, aka British artist, Nicolai Sclater.

Sclater started with a blank canvas of a 2021 GR Supra 3.0 Premium in Turbulence Gray. He found inspiration by imagining what drives enthusiasts to customize their Supras, creating a design that features bold graphics and expressions like ‘True to Form’ and ‘Lightning Response’ as nods to past and present Supra attributes. Everything was painted by hand using enamel paint and brushes. 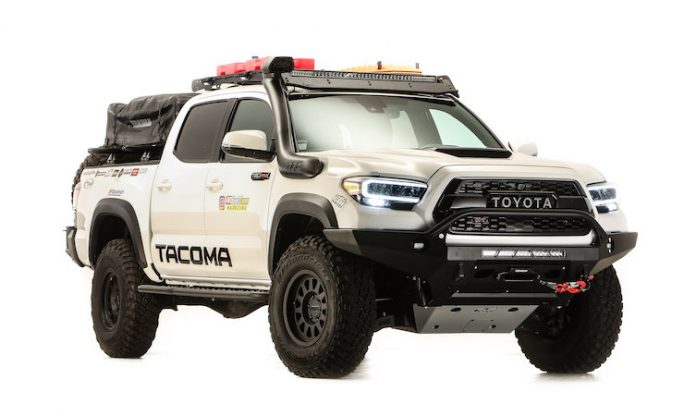 The second of the four cars for SEMA360 is the Overland-Ready Tacoma, created by 4WD Toyota Owner Magazine. Based on Toyota’s US market-leading mid-size pickup, the show truck features upgrades that tap into the increasingly popular overlanding lifestyle.

Toyota’s first wave of SEMA show cars is rounded out by two elite drift machines, both builds based on the GR Supra.

Built by Ken Gushi Motorsports and GReddy Performance, the No. 21 GR Supra is finished in the Toyota Gazoo Racing colours of white with red and black accents. Under the bonnet is a heavily modified version of the stock Supra’s 3-litre, DOHC 24-valve engine. Power is boosted by a BorgWarner EFR 9280 turbocharger and a GReddy air intake, and the inline-six is mated to a Samsonas six-speed sequential transmission.

With an eye on competition, the build team engineered the car to facilitate quick repairs. For example, the headlights and front fascia are integrated into the factory crash-bar to make it easy to remove the entire front, providing ample access to the engine bay. The radiator has been moved to the rear for better cooling and balance while the factory fuel tank is swapped for a 38-litre Radium Engineering fuel cell surge tank. 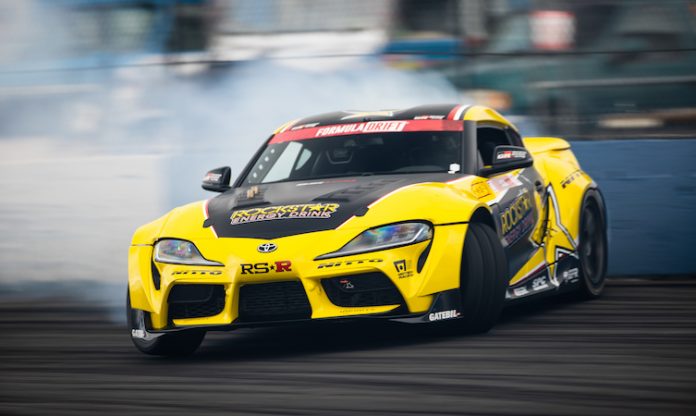 The last of the modified GR Supras and the second of the two Formula D show cars is the mighty Papadakis Racing / Rockstar Energy Drink Toyota GR Supra.

Long-time Toyota drift team, Papadakis Racing was one of the first to modify the Supra’s B58 six-cylinder engine for racing. The California-based operation nearly trebled the motor’s output to a scarcely believable 1,033bhp, with 908 lb-ft. (1,231Nm) of torque, thanks to a reworked head, the same BorgWarner turbo as the GReddy/Gushi car and a Mountune 3D-printed aluminium intake manifold, among many other modifications.

Driver Fredric Aasbø won on the No. 151 GR Supra’s Formula D debut in St Louis earlier this year and at the time of writing remains in contention for the Pro championship title ahead of the season finale in Irwindale, California, on November 20-22.

Check out our blog article from earlier in the year for more on the spectacular Papadakis GR Supra build!