Skip to content
Home Garage and Track History of Toyota at the Tokyo Motor Show: 1995-2015 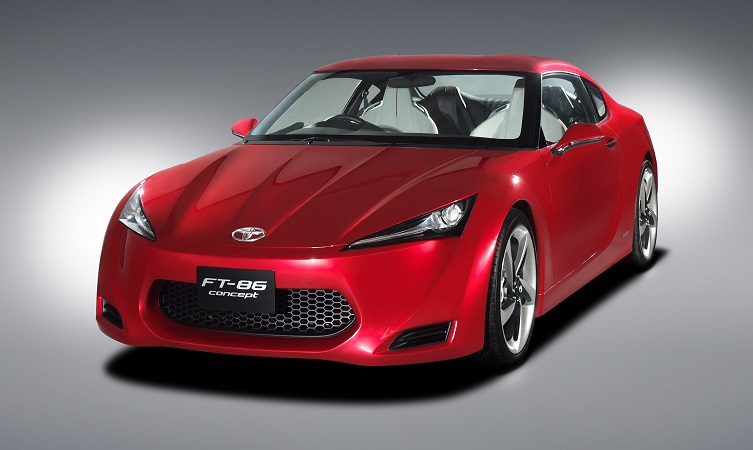 Toyota has been an integral element of every Tokyo Motor Show from its inauguration in 1954, and will continue that record when the 45th edition opens to the public tomorrow.

To build anticipation for that event, we have already published three decade-sized posts that explain which important new models, ideas and concept vehicles Toyota has revealed at each show. This fourth and final post looks at the years from 1995 to 2015.

In 1995 the Tokyo Motor Show became particularly spectacular, thanks to the efforts of the exhibitors and improved event management, including the relaxation of some exhibition rules. As part of its vision for the future, Toyota exhibited many unique and innovative cars designed to make people feel happier by maintaining a harmonious balance between people, society and earth.

Highlight of the show was the Prius concept, while the open-top and mid-engine MRJ concept also attracted attention. As part of its ‘Forest of Toyota’ conservation project, the experimental Moguls concept with self-levelling suspension was displayed to help tree planting and forest management.

In the technical corner, Toyota presented an outline of its Intelligent Transport System, developed through a partnership between industry, government and academia. Toyota also demonstrated the adaptability of its emerging hybrid technology by exhibiting the Coaster Hybrid Electric bus concept at the Japan Electric Vehicle Association.

This was the last time that both passenger cars and commercial vehicles would share show space. Although it remained in the traditional format, many new ideas were still introduced to entertain visitors. This included a section entitled: Cars Featured in Memorable Movies.

Toyota once again emphasised its innovative and people-friendly approach to car-making for the 21 century. Its commitment to developing the ultimate eco-car was shown in the unveiling of Prius, the world’s first hybrid production car, plus the e.Com electric commuter concept and the ethanol-based FCEV fuel cell vehicle prototype.

Now dedicated to passenger cars and motorcycles (next year the 34th show would be dedicated to commercial vehicles), attention was drawn to the environmental technologies presented by a diverse selection of exhibitors.

Toyota wanted to demonstrate the unlimited joy that cars can offer people, and emphasised its proactive commitment to the environment, safety and its Intelligent Transport System. Show cars included the HV-M4 minivan with a newly developed four-wheel drive hybrid system, the mid-size Opa design concept, and the playful WiLL Vi supermini. Meanwhile in the technical corner, fuel cell components and the newly developed E-Four hybrid system were displayed.

The first passenger car/motorcycle show of the new century featured a wide variety of eye-catching concept cars that focused on the environment, safety and information technology.

Toyota presented its innovative efforts at technology development and demonstrated the essential appeal of automobiles – the joy of driving and the delight of utility. Two fuel cell-based hybrid cars were exhibited, including the ultra-fuel-efficient ES3, to demonstrate the superiority of Toyota’s environmental technology.

By including passenger test-drives of clean energy vehicles, this year’s show evolved from being a purely spectator event into a more interactive show.

Toyota demonstrated its consideration for people and the environment, together with the essential appeal of automobiles. Specifically, the improved environmental and driving performance of advanced hybrid systems was presented, along with Toyota’s efforts to answer foreseeable social needs through proactive car-making.

The show cars included concept hybrid models such as the Fine-N fuel cell hybrid vehicle, as well as the CS&S hybrid sports car and SU-HV1. The single-seat PM commuter concept also captivated visitors with its futuristic styling and tempting performance.

Marking the 50 anniversary of the first Tokyo Motor Show, the event featured many world premieres as well as advanced environmental and safety technologies.

Toyota’s presentation emphasised the company’s efforts to combine consideration for the environment with the essential appeal of automobiles, including the joy of driving and the delight of utility. Show cars included the highly manoeuvrable Fine-X fuel cell hybrid concept, the new-generation Estima Hybrid prototype, and the i-swing personal mobility unit that came close to being a ‘wearable’ vehicle.

Although separated in 1999, the passenger car and commercial vehicle shows were re-integrated this year. Along with a new component parts section, it formed the most comprehensive show ever.

Toyota’s presentations demonstrated the company’s environmental commitment to sustainable mobility, while the show cars once again represented the joy of driving and delight of utility. This included the revolutionary plug-in 1/X concept (above), the i-REAL personal mobility vehicle, and the efficiently packaged iQ prototype that challenged interior packaging perceptions.

In order to emphasise the fun elements of cars in addition to ongoing environmental concerns, Toyota exhibited such models as the rear-wheel drive FT-86 sports concept (lead image) to embody the joy of driving and the pleasure of ownership.

Showcasing Toyota’s emission control and energy diversification measures, a Prius Plug-in prototype and small FT-EV II electric vehicle were displayed. Both demonstrated a response to environmental concerns that went beyond regular hybrid models. Talking of which, the technical exhibition corner showed the evolution of Toyota’s hybrid technology through three generations of Prius.

After 24 years at Makuhari Messe in Chiba, the Tokyo Motor Show returned to the capital, a move that attracted over 60,000 visitors per day. Visitors could also test-drive some of the exhibited vehicles at the nearby Toyota Mega Web theme park.

Among the vehicles Toyota presented at the show were the futuristic Fun-Vii concept, which embodied the relationship between people, cars and society, and the compact GT86, a rear-wheel drive sports car designed to reawaken the spirit of the classic AE86 Corolla. Toyota also exhibited a variety of next-generation environmental cars, including the production version of the Prius Plug-in.

The show also featured the Smart Mobility City, an event hosted by Japan’s association of automobile manufacturers. The Toyota booth portrayed a near-future society in which cars are interwoven with society, enabling efficient power management at home and convenient transport when out and about.

Toyota displayed five world premier concept vehicles this year. Under the slogan Fun to Drive, Again, the concepts conveyed Toyota’s vision of a future society that values the joy of driving. The vehicles on display therefore embodied efforts to contribute positively to society while creating ever-better cars that exceeded expectations.

The display included the FCV fuel cell concept that would later become the production Mirai, a next-generation taxi designed with usability and hospitality in mind, and the FV2 which could connect with its driver in an intuitive manner.

Toyota presented its vision of future mobility with the revealing of three very different concept cars. While some of the vehicles displayed represented the development and imminent commercialisation of ground-breaking technologies, others sought to explore and strengthen the emotional bond between car and driver.

Toyota’s commitment to advanced powertrain technology was represented by the all-new fourth-generation Prius, the compact C-HR hybrid crossover concept, and the FCV Plus fuel cell concept that embodied the vision of a hydrogen-based society.

While these vehicles represented the ever-changing nature of mobility, two further concepts aimed to reaffirm the fundamental relationship between car and driver: the entry-level S-FR sports car and the mechanically exposed Kikai.

What about the other Tokyo Motor Show?

After the 32nd event in 1997, the Tokyo Motor Show split into separate passenger car/motorcycle and commercial vehicle events. The first dedicated passenger car and motorcycle show was the 33rd in 1999 and the first dedicated commercial vehicle show was the 34th in 2000. This alternating strategy carried on until the events were integrated once again from the 40th show in 2007.

In the above review we concentrated on the passenger car market. So what did we miss from the few years of the semi-annual commercial show? Here are a two highlights.

The compact, ultra-low-floor Flappo hybrid bus of 2002 was based on
Toyota’s ‘universal design’ concept