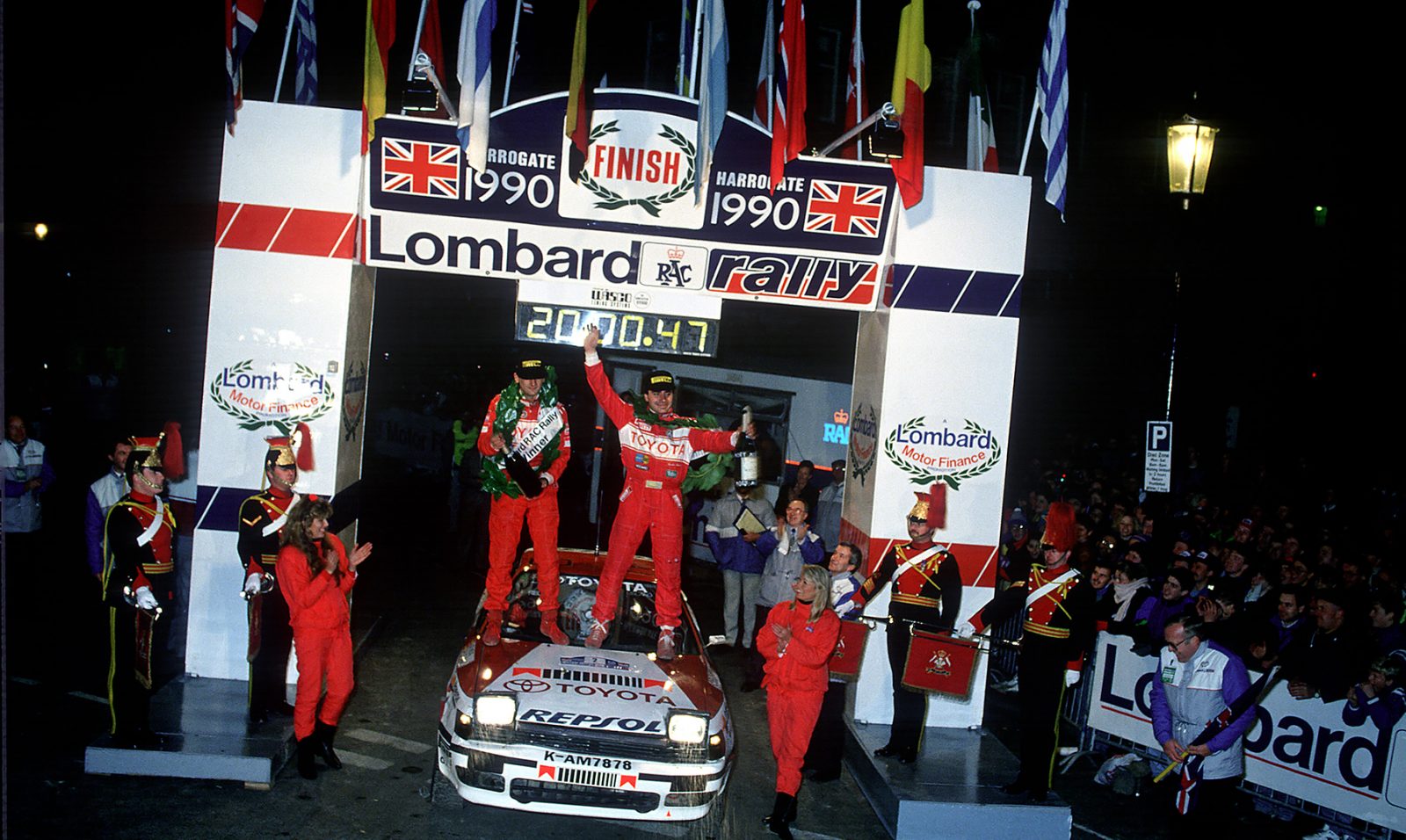 An 18-year absence from the British woods has made Toyota’s heart grow stronger and its ambition even more resolute when it comes to this month’s Dayinsure Wales Rally GB. With the Yaris WRC getting quicker by the week, a fifth victory on the UK’s biggest motorsport event could well be on the cards for Toyota.

Britain’s round of the World Rally Championship hasn’t always been kind to Toyota. 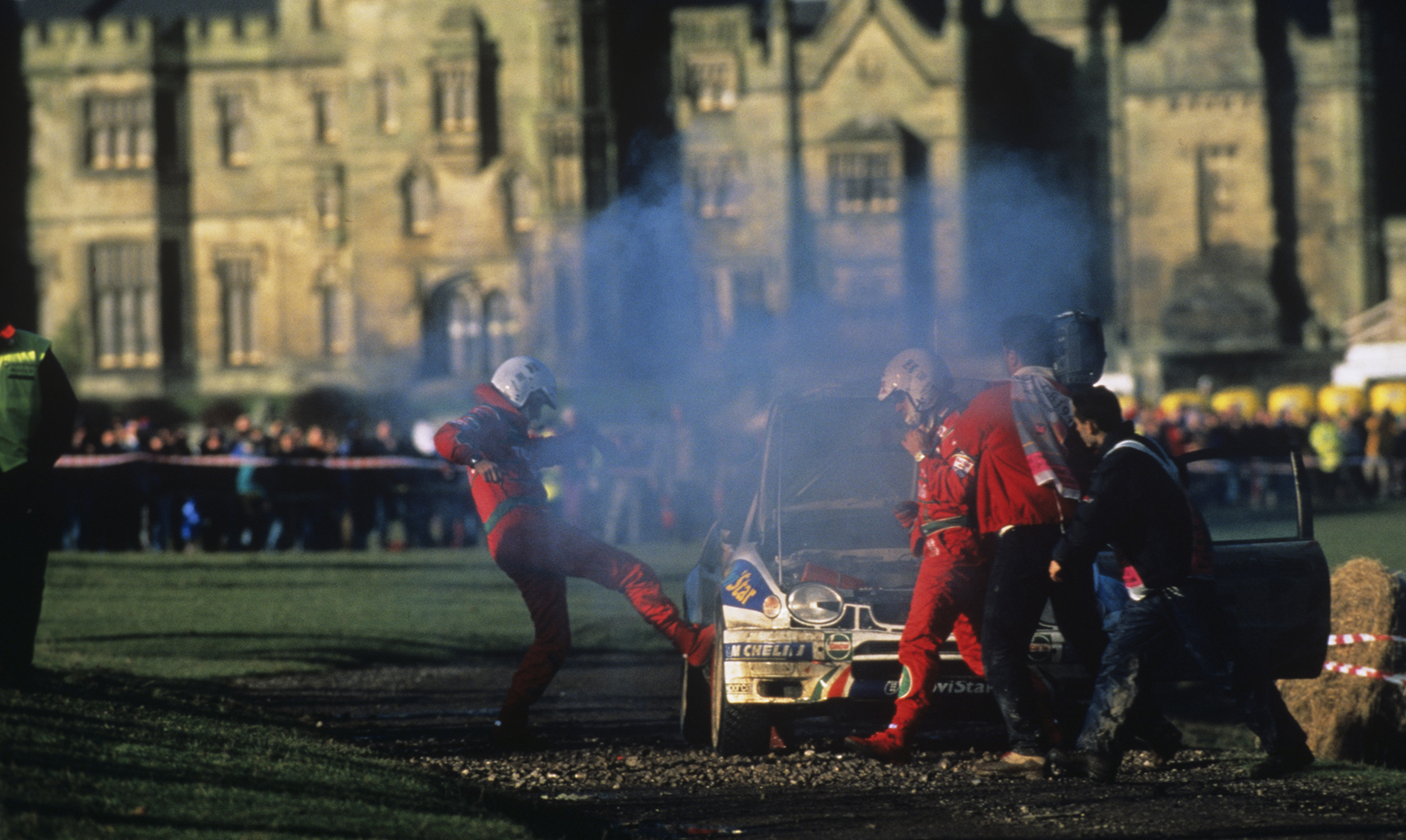 For many fans, the lasting memory of the Corolla WRC is Carlos Sainz’s co-driver Luis Moya throwing his crash helmet through the car’s rear window in utter disgust at engine failure just 300 yards from the end of the final stage of the 1998 Rally GB. Had they made the finish, Sainz and Moya would have celebrated a third world title.

“Still,” says Mäkinen, “that victory is unbelievable for me.” The far-off look in his eye confirms he didn’t see that one coming. “I had retired from rally and I was going to the plane to go home when the call came. I didn’t believe it. It was great for me, but a disaster for Carlos and Toyota.”

Toyota first made a significant impression on what was then called the RAC Rally in 1976; Ove Andersson – the man who spearhead Toyota’s motorsport programme in the future – finished fifth in a Corolla 1600. 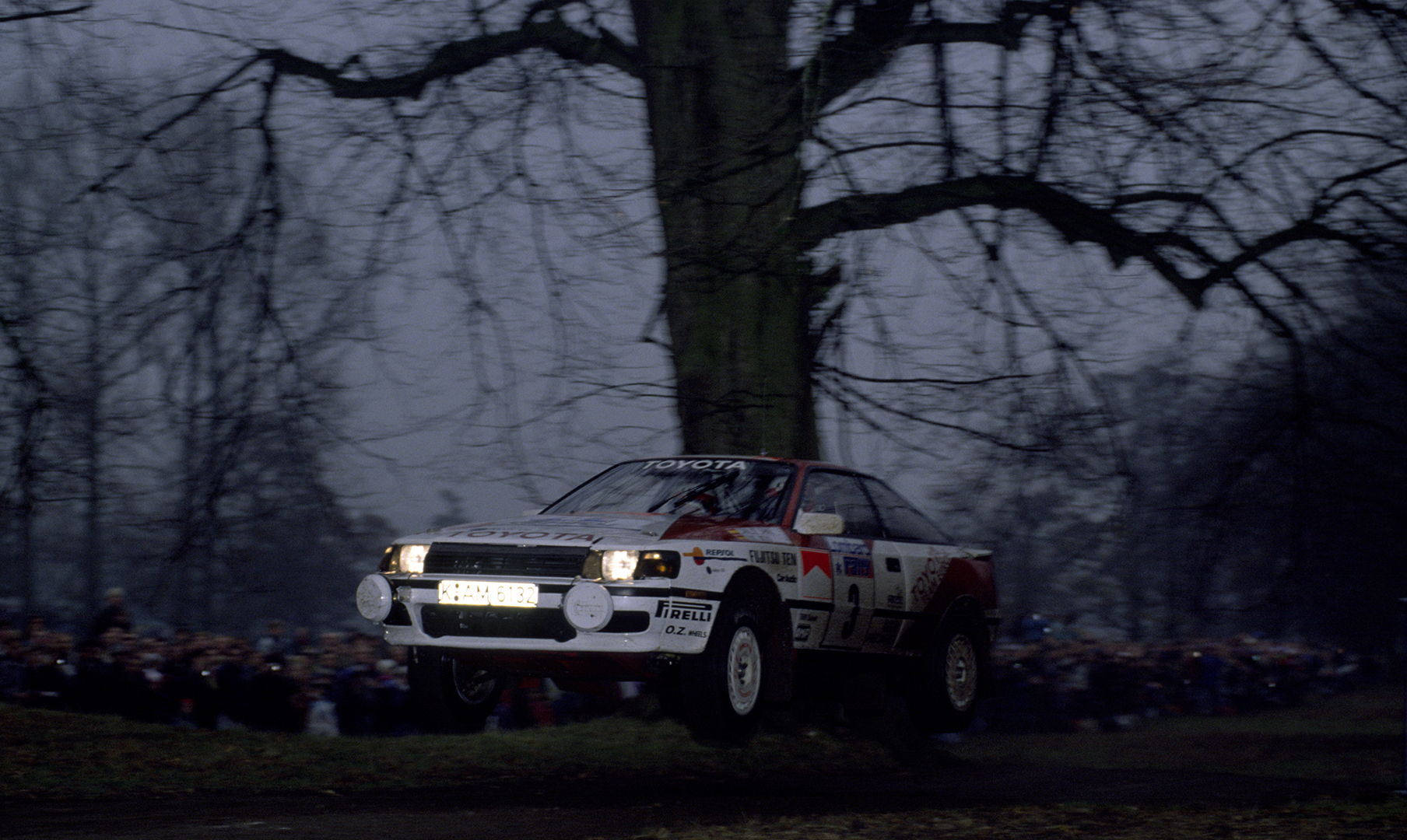 Thirteen years on and Andersson’s Sainz-driven Celica GT-4 came within a whisker of making history by becoming the first Japanese marque to win the RAC. The Spaniard was robbed by a broken propshaft on the second run through Dalby, the 53rd of 55 stages on the 1989 route. Pentti Airikkala’s Mitsubishi won instead.

Sains remembers that miss for another reason.

“That was the last blind RAC Rally,” he says, “the last one before we were allowed pace notes. I was so close [to winning] and to win that rally using maps would have been incredible for me.”

Some consolation was that Sainz would win two of the next three RACs and celebrate a world title as well as a British success in 1990 (Celica GT-4) and 1992 (Celica Turbo 4WD). Toyota was then part of seven years’ home rule, with Welshman Nicky Grist co-driving Juha Kankkunen to victory on a horribly snowy 1993 event.

“That Celica [Turbo 4WD] was some car,” says Grist. “I remember some friends telling me they were watching on one of the stages in the snow and ice on that ’93 event. The course car had passed them really slowly, struggling in the conditions. And then we came through absolutely on it, car completely in the ditch – the only place to find the grip – it was fantastic.” 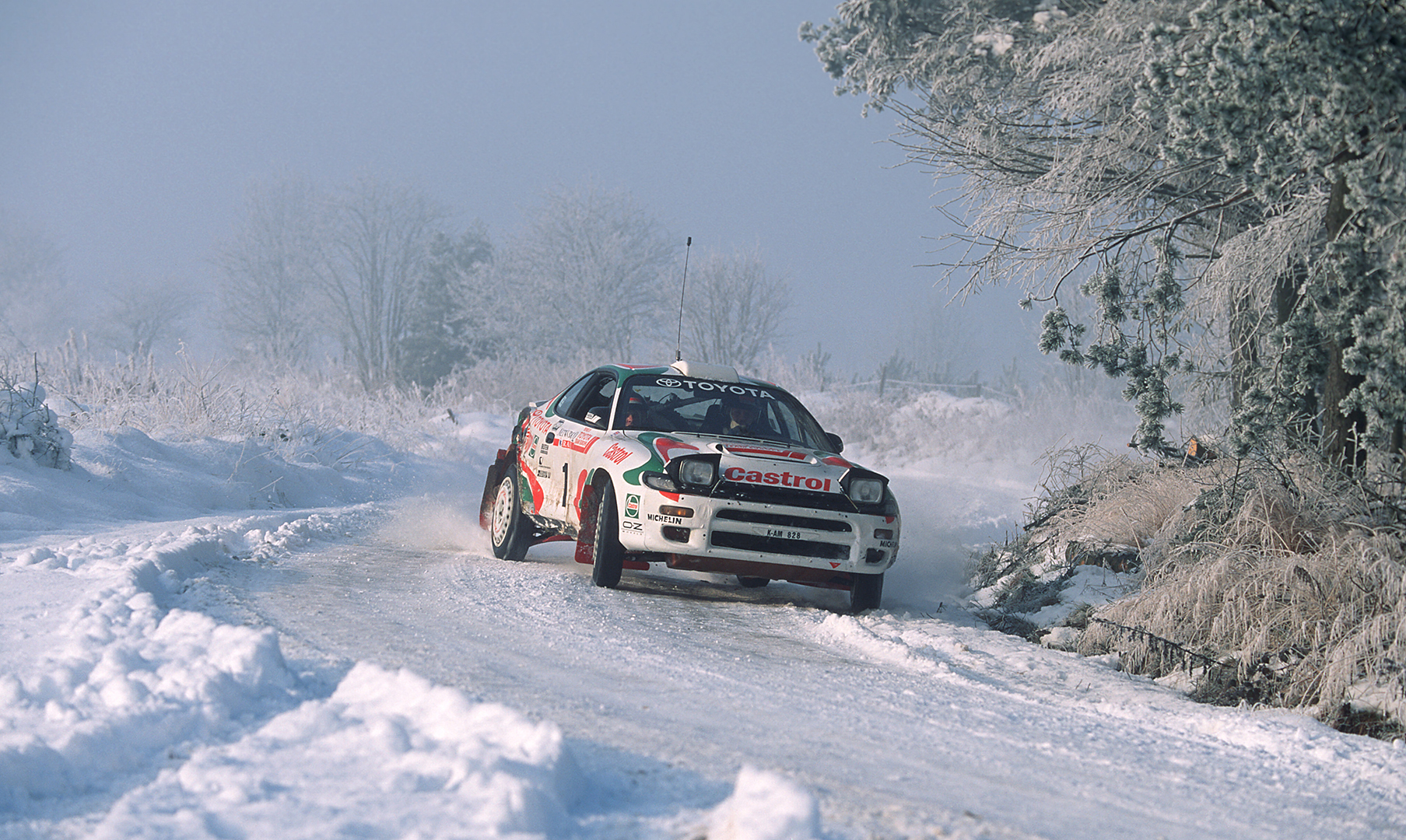 Colin McRae and Richard Burns locked down local success until 2000. The only exception was 1996, when the RAC wasn’t a full WRC round. The main teams still entered, but the event only counted for points in the Two-Litre Cup for two-wheel drive cars.

German driver Armin Schwarz won in the long-nose GT-Four after team-mate Kankkunen dropped the sister car on the third stage.

And then came Margam Park two years later: a distraught Sainz and a destroyed rear window.