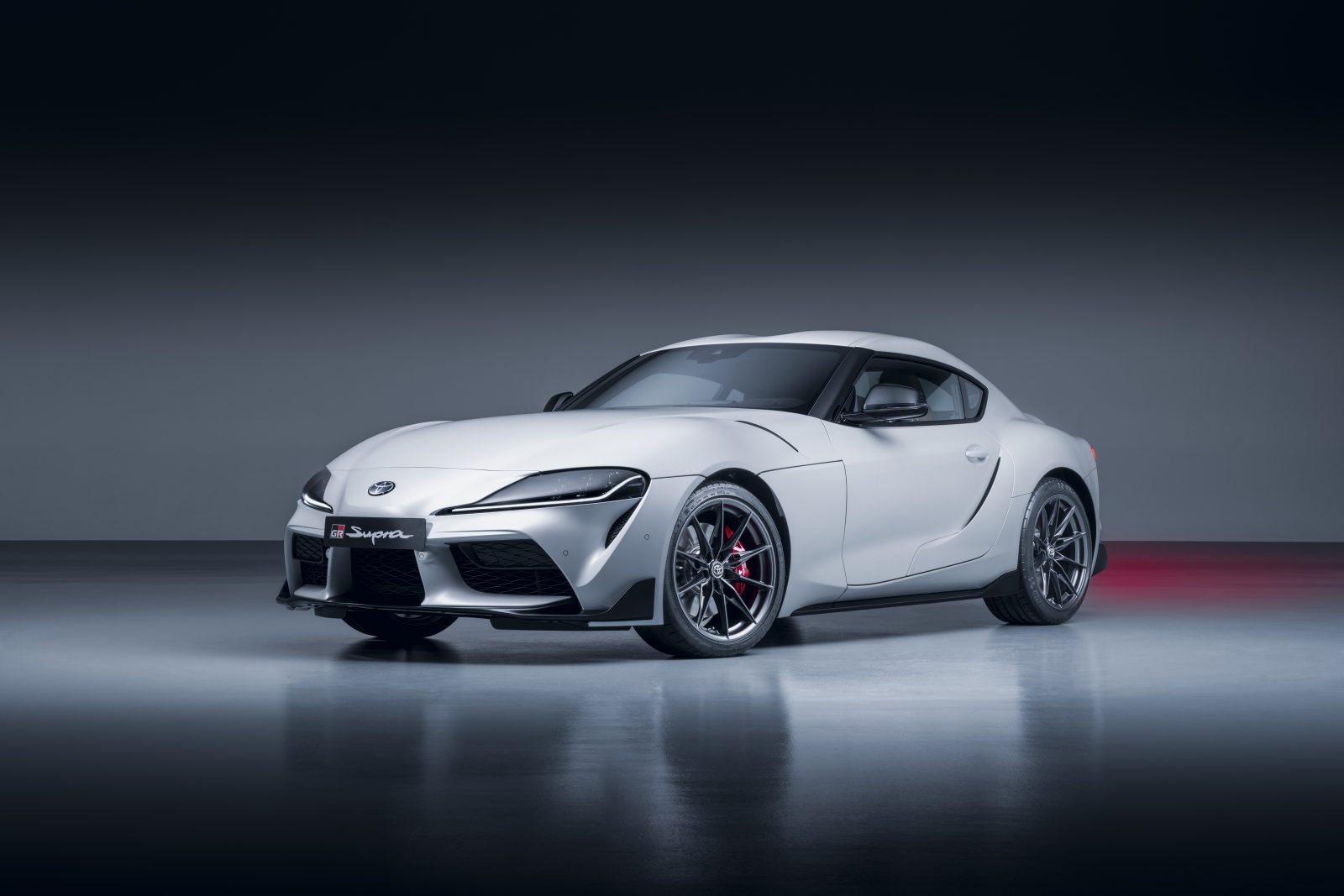 You have spoken! Toyota can confirm that a new GR Supra with six-speed intelligent manual transmission (iMT) is now on sale in the UK, engineered to delight drivers who love the control and rewards offered by precisely timed manual shifts. Its addition to the line-up means Toyota will offer all three of its GR models available in Europe with manual transmission and three pedals either as standard (GR Yaris) or as an option (GR Supra, GR86).

To mark the occasion a Special Edition model (pictured above) featuring a Matt White paint finish and a tan leather interior with black accents has been announced.

Toyota ambassadors will also be present throughout the festival (23 to 26 June) to answer questions and guide people through the sales process on the spot. Customers can also visit their local Toyota showroom to initiate an online purchase, or they can use their own smartphone, tablet or computer. Sales through the Toyota national retail network will open on 27 June.

A new transmission, including a new clutch, has been engineered specifically to suit the power and torque characteristics of the 3.0-litre engine. At the same time, GR Supra’s braking control systems and suspension have been retuned for even better performance – changes that are being introduced throughout the model range.

The new-look range features two manual versions: the 3.0-litre Pro and the standard 3.0-litre, which is lighter in weight by almost 40kg compared to the standard automatic*, adding to the car’s handling agility. *Previously part of the 2021 GR Supra range.

There are two manual models, in standard GR Supra and “Pro” equipment specifications, plus the Special Edition version as displayed at Goodwood. They join the 2.0 and 3.0-litre automatic versions in the range, as detailed below.

In standard GR Supra trim, the new manual model weighs in at 38.5kg less than its 3.0-litre auto counterpart, thanks to the lighter transmission and a specification that includes 19-inch lightweight forged alloys, enhancing the car’s poise and agility.

The GR Supra’s new manual transmission has been engineered and tuned specifically for use with the coupe’s straight-six engine. The engineering team were able to modify existing transmission housing, driveshaft and gear set components and remove elements that were not required, such as the acoustic package, which further reduced weight.

At the heart of the transmission is a clutch that has been re-engineered with a larger diameter and reinforced diaphragm spring. With a larger friction area and a stronger spring, this has the high-performance capability appropriate for use with GR Supra’s high-torque engine.

The (iMT) transmission uses an intelligent control system programmed with new software that prioritises sporty performance. When upshifting, the parameters are tuned to optimise engine torque at the moment of clutch engagement and release; on downshifts, the software has been fine-tuned for consistent performance. The iMT is set as the default but can be switched off in Sport mode if the driver prefers.

To avoid a sluggish take-off and a low in-gear acceleration feel, the final drive ratio has been shortened, from 3.15 (in the GR Supra automatic) to 3.46. The result is response and gearing appropriate for sports car performance.

All GR Supra versions, both automatic and manual, benefit from retuned suspension. The measures include more rigid vulcanised rubber in the front and rear anti-roll bar bushes and re-tuned shock absorbers. The mechanical components in the electric power steering and the system’s operating parameters have also been re-tuned.

The changes to accommodate the new manual transmission were not confined to the powertrain. Close attention was also paid to how the new system could be accommodated in the driver’s cockpit.

This was not simply a matter of changing one shift lever for another; consideration had to be given to ensuring the gear knob was optimally placed for precise, rapid and rewarding gear changes.

The existing centre console design allowed insufficient clearance between the shift lever and the air conditioning control panel. To achieve the perfect ergonomics, the console unit and the control for drive mode selection have been redesigned. In addition, the lever ratio has been changed and the effort required to make shifts and engage reverse gear has been adjusted. The revised layout provides a comfortable 42mm clearance between the shift knob and air conditioning panel.

The feel of the gear shift in the hand and the weight of operation is part of the human sensory connection with the car, so attention has been paid to the weight and shape of the gear knob and the quality of shift engagement. As a result, Toyota adjusted the effort level to engage reverse and opted for a heavier gear knob (200g) for a more pleasing inertia effect when used.

GR Supra’s traction and braking have been optimised for operation with manual transmission. With an automatic, it’s possible to use second gear when pulling away uphill when opposite wheels are on surfaces with different grip levels – for example, when the car is parked partly on an icy road margin. Progress is smooth with no rolling back or wheel slip. With a manual gearbox, first gear has to be used and releasing the clutch brings a greater risk of wheel spin. To address the issue, Toyota engineers have tuned the car’s traction control (TRC) to achieve smooth operation like that experienced with the automatic. The system is also optimised for GR Supra’s characteristic high engine torque, wide tyres and rear-wheel drive.

A highly agile vehicle with high peak friction tyres may be sensitive to sudden “snap-off” oversteer – something that is hard to control with the car’s vehicle stability control (VSC) alone. To counter this behaviour, an anti-roll programme (ARP) has been adopted for both the manual and automatic versions of GR Supra. This intervenes at an earlier point with the VSC to cover any sudden loss of grip when the car’s high-response suspension setting is used.

In addition, the Track mode has been tuned to allow for easy drifting with freedom of throttle control. The vehicle remains agile, but then there is less risk of spinning thanks to specific engine and torque control.

The car’s behaviour when accelerating out of a corner is a key element in the “fun to drive” quality Toyota has developed for GR Supra. For the new manual version, the traction control has again been the focus of measures to ensure an ideal balance of agility and stability when exiting a corner on the throttle. TRC intervention has been calibrated to maintain stability – the car keeping faithfully to the driver’s intended line – while allowing the right amount of power for a sporty feeling.

The ambition to make GR Supra fun to drive in the most demanding scenarios has helped inspire the introduction of a new Hairpin+ function. This is designed to allow more freedom and reward specifically when taking tight bends on an uphill gradient (more than 5 per cent) with a high-friction road surface, like those found on European mountain routes.

More “free” wheel spin can make such routes more enjoyable to drive, so Toyota has optimised engine torque control to allow a greater difference in the degree of left and right-side wheel spin.

The standard GR Supra 3.0-litre manual model benefits from weight-saving measures that together achieve a total reduction of 38.3kg, compared to the kerb weight of the previous, 2021 3.0-litre automatic model.

Fitting the new manual gearbox and new 19-inch alloy wheels saves 21.8kg; a further reduction of 16.5kg is gained by changing the audio system and deleting the seats’ leather upholstery, power adjustment and lumbar support – features that are part of the standard specification of the 3.0-litre Pro model. This reduction enhances the car’s handling agility.