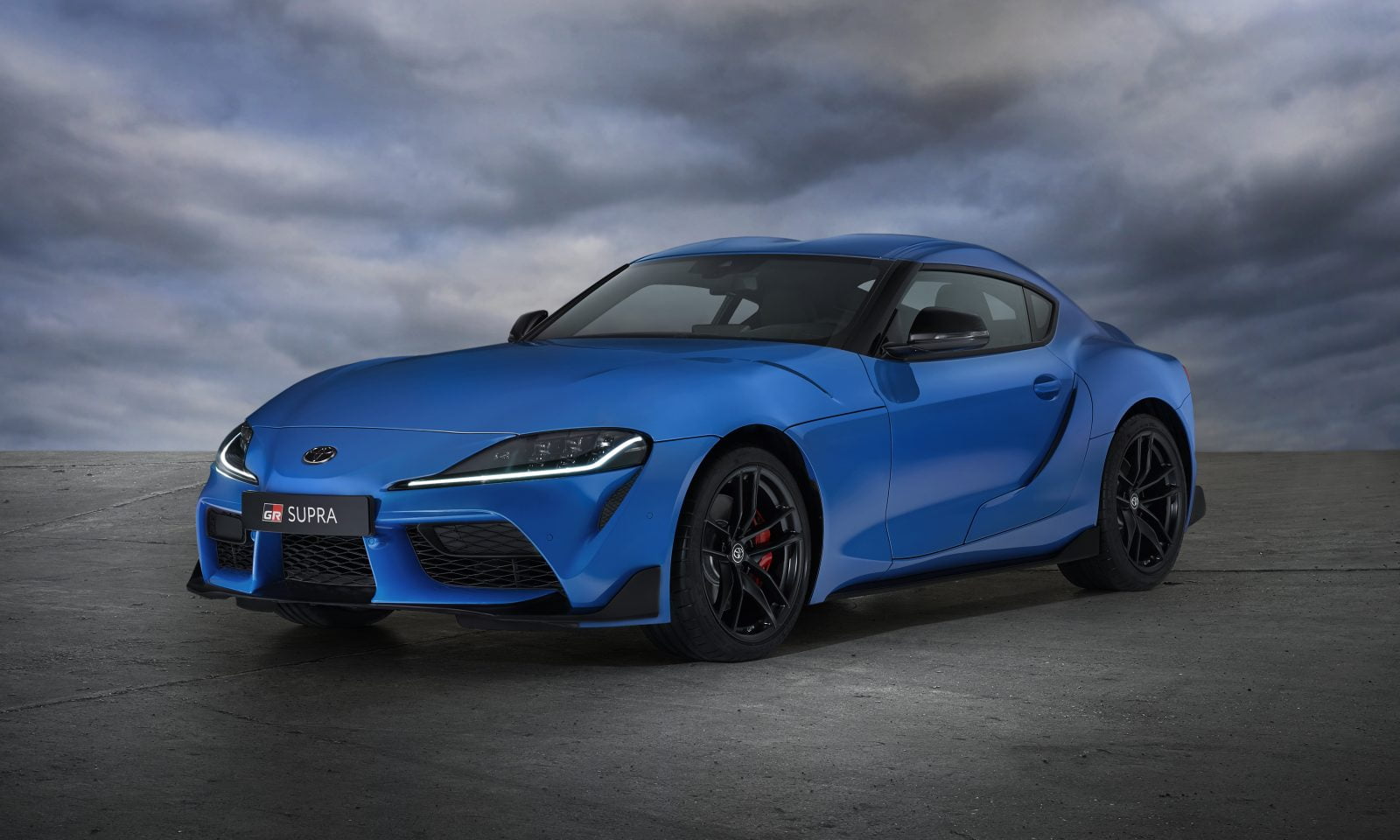 Toyota is making an exclusive addition to its GR Supra range with the introduction of the new Jarama Racetrack Edition.

It offers unique styling elements and a high specification, adding to the GR Supra’s fundamental appeal as a sports car in its purest form. Production is limited to just 90 cars for for Europe with 30 available to UK customers – following the precedent set by previous GR Supra special editions.

Taking its name from the famous Spanish circuit where the GR Supra was first driven by the world’s media – to great acclaim – the Jarama Racetrack Edition is powered by the model’s original, 335bhp 3.0-litre turbocharged straight-six unit. Its special Toyota “GR” designation denotes the direct involvement of Toyota Gazoo Racing the car’s development.

It is visually distinguished by a unique Horizon Blue paintwork, contrasting with a matt black finish for the 19-inch forged alloy wheels and visible red-painted brake callipers. In the cabin the car’s special status is signified by a carbon fibre dashboard insert specifying its number in the European production run and featuring an outline map of the Jarama circuit, plus the Toyota GR Supra logo. The interior is upholstered in black Alcantara with blue stitching and the seats are power-adjustable and have a memory setting and integrated heating.

The sports performance and handling are every bit as rewarding as the regular GR Supra, founded on the car’s finely balanced chassis and the ideal “golden ratio” between the wide track and short wheelbase. A low centre of gravity, a lightweight and highly rigid body and aerodynamically efficient styling all add to the car’s agility and stability. These qualities are optimised by performance-enhancing features including adaptive variable suspension (with Normal and Sport settings), active differential, sports-tuned steering and powerful Brembo sports brakes with four-pot aluminium front callipers and 348mm ventilated front discs.

The turbo engine is matched to a rapid-shift eight-speed sports automatic transmission. When using the car’s launch control system, 0-62mph acceleration takes just 4.3 seconds. The driving experience is made all the more engaging by the peak 500Nm of torque being delivered all the way from 1.600 to 4,500rpm.

Pricing and ordering information for the new model will be announced later in 2021.