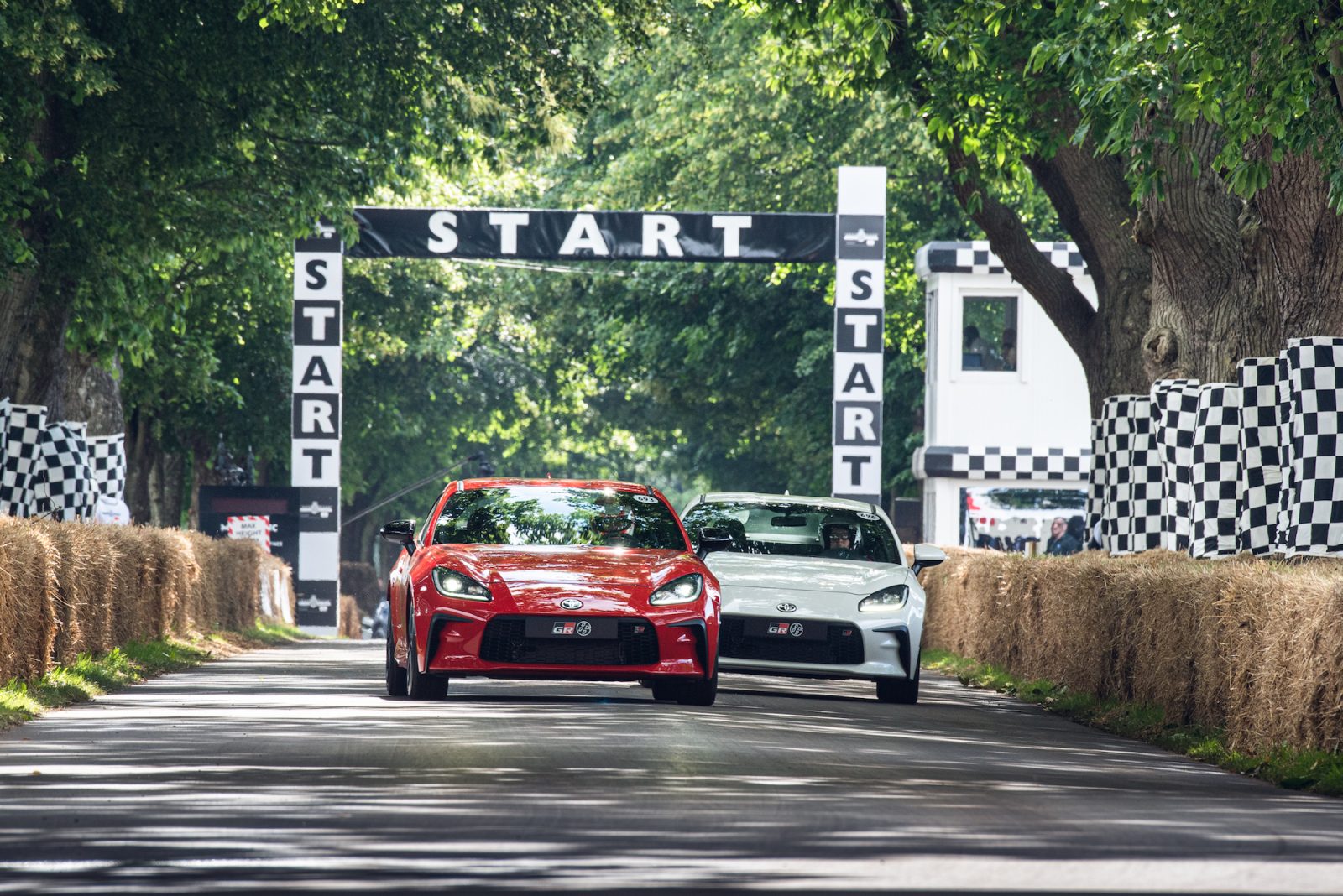 Thousands of spectators witnessed the dynamic world debut of the new Toyota GR86 coupe at the Goodwood Festival of Speed this year.

Keep updated on the latest information about GR86 here

The latest model to join the elite range of Toyota’s “GR” performance cars was seen in action in public for the first time on the famous hill climb course at Goodwood House in West Sussex. It took to the track in the company of its sister models, GR Yaris and the exclusive GR Supra Jarama Racetrack Edition, to give a flavour of the speed and handling quality delivered by direct development input from Toyota Gazoo Racing, Toyota’s international motorsports operation.

The Toyota GR86 will be a successor to the multi-award-winning GT86. Due to launch during 2022, it will build on the qualities that distinguished the GT86, retaining a classic front-engine/rear-wheel-drive set-up. It will benefit from a larger, more powerful 2.4-litre horizontally opposed “boxer” four-cylinder engine and, while its dimensions will be near identical, it will gain an almost 50 per cent increase in torsional rigidity, key to its sharper handling and steering

BTCC racing drivers on the hill

Another Goodwood regular, Gary Le Coadou, returned behind the wheel of his Celica GT-Four ST185 (above) in the Giants of Modern Rallying category, with Paul Marsden in a similar car.