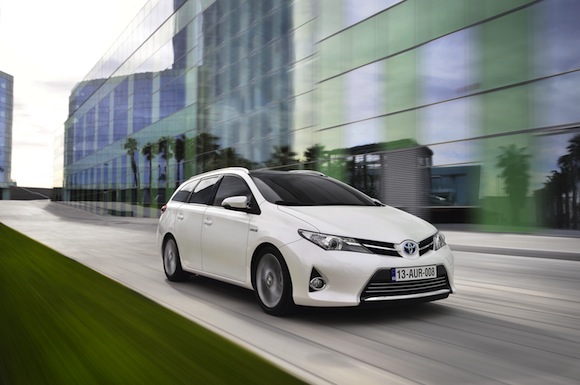 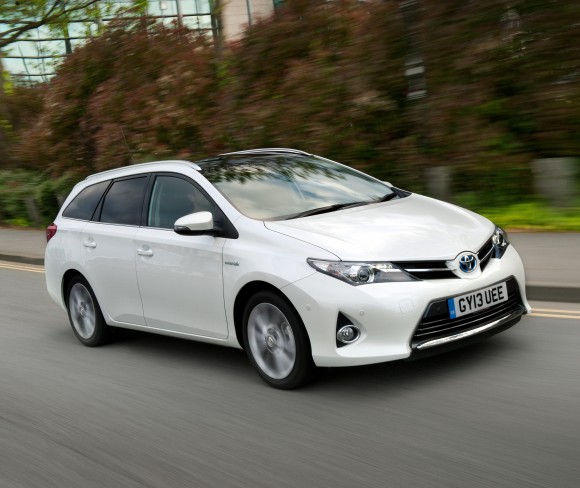 Toyota Fleet Services has secured a deal with Britain’s third largest trade union, GMB, to supply in excess of 250 Auris Hybrid hatchback and Touring Sports wagon models. The Toyota Auris will replace the Toyota Prius hybrids that currently make up the union’s fleet.

The Auris range is assembled at the Toyota Manufacturing UK (TMUK) factory in Burnaston, Derbyshire, with the full hybrid powertrains produced at TMUK’s plant in Deeside, North Wales – this means the model fulfils GMB’s desire to buy British.

With tax-beating CO2 emissions of 91 and 92 g/km respectively, the Excel grade Auris and Auris Touring Sports will prove extremely cost effective to run. This is in addition to excellent economy figures of 72.4mpg on the combined cycle for the hatchback, and 70.6mpg for the Touring Sports.

Paul Kenny, GMB General Secretary said: “GMB members have supported the union in its actions to improve its environmental impact, and the move over to the Auris represents one of the largest changes we have made to meet that demand.

“GMB has moved from Prius to the new Auris as the successful hybrid power vehicle will be a useful tool for our organisers in their constant drive to serve GMB members.”

To find out more about Auris range, visit the designated section of the Toyota UK website. If you fancy getting behind the wheel of an Auris or Auris Touring Sports, leave a comment below, and we’ll be in touch.